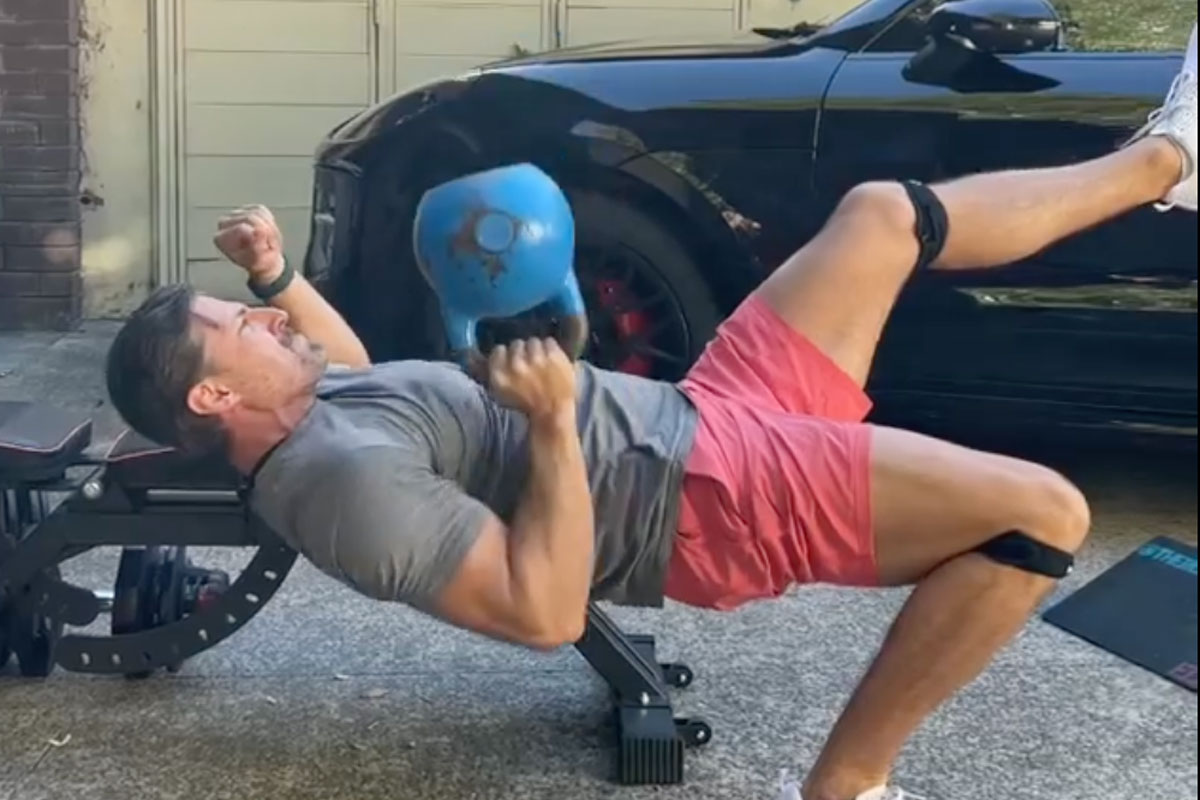 Personal trainers and fitness professionals will all claim we should leave our ego at the door as soon as we step foot into a gym. But, despite their best efforts to try and prevent the competitive nature that takes hold in gyms around the world, people will always have a small voice inside them telling them they can go a little heavier than they really are equipped to.

Which is why a particular press-up challenge recently caught our eye. In theory, it looks like a simple movement that we can all attempt with guaranteed success. But judging by the videos we’ve seen of some incredibly fit guys having a go, it’s anything but.

Dubbed ‘the impossible chest press,’ the movement – which is currently sweeping around Instagram’s fitness community – sees you needing a flat bench and a kettlebell to perform. Going back to the “leave your ego at the door” message, it’s definitely wise to start with a relatively light kettlebell so you can figure out the technique for yourself. Go too heavy, and you could get injured.

Move to one end of the flat bench and rest the closest elbow on the seat. Place the foot on your opposite side flat on the floor and bend your knee. Push up through this same foot to get your torso parallel to the ground, and lift your other leg up off the ground, in a similar fashion to a single-leg hip bridge.

Holding the kettlebell in your other hand, bring your upper arm close to your body and bend your elbow to 90-degrees, with the kettlebell being held in a neutral grip (palm facing inwards). Now, keeping your body stabilised in the parallel position, press the kettlebell up.

There is a lot going on in this movement, as a video of NFL athlete Chris Carlson attempting it shows. Claiming it to be the “hardest core & hip stabilisation drill ever,” as well as allowing for “full body strength & motor control,” Chris – who has to be physically fit to compete in the NFL – struggles with his first attempt. Understanding what is required of the movement, his second attempt is much more successful.

The impossible chest press appears to have caught on in the fitness world, with former The Bachelor contestant turned fitness expert Tim Robards being set the challenge by fellow Australian Luke Cook. Tim attempts the challenge using a 12kg kettlebell, achieving three reps on his first attempt and seven on his second.

It’s clearly incredibly difficult, so we would suggest getting used to the unusual position without a kettlebell first, just so you can learn how to best stabilise your body when you’re only using one elbow and one foot to keep yourself elevated.

From there, gradually increase the weight of the kettlebell you use to start building up the strength in your arms, shoulders and core. While the challenge appears to only require you to perform the chest press on one side, you should try performing on both sides to help balance things out.

Give it a go, post it on your socials and challenge your mates. The competitive nature of fitness will never cease.