The history of watches and the glamorous world of international travel are inextricably linked.

The development of the marine chronometer revolutionised oceanic navigation. GMT watches were invented to help pilots keep track of time in multiple time zones while flying around the globe. The modern dive watch was pioneered by ocean adventurers, keen to explore the most exotic depths on the planet. Hell, these days, you can even use your smartwatch to check into a flight.

A luxurious complication that also owes its origins to travel is the world timer. Effectively a more complicated precursor to the GMT watch, world timer clocks and watches had been made sporadically since the 18th century but it was in the 1930s where they really took off, as the era of international travel took off. Traditionally the domain of the world’s most prestigious watchmakers, such as Patek Philippe or Vacheron Constantin, world timer watches are haute horlogerie typified.

But they can be rather stuffy and old-fashioned in their design and execution (and that’s to say nothing of their normally eye-watering price tags…) Which is why Bulgari’s new Octo Roma WorldTimer is such a refreshing watch. Ultra-modern, masculine, practical and incredible value, it’s a watch so good it makes us wish we were planning an international trip we could flaunt it on. 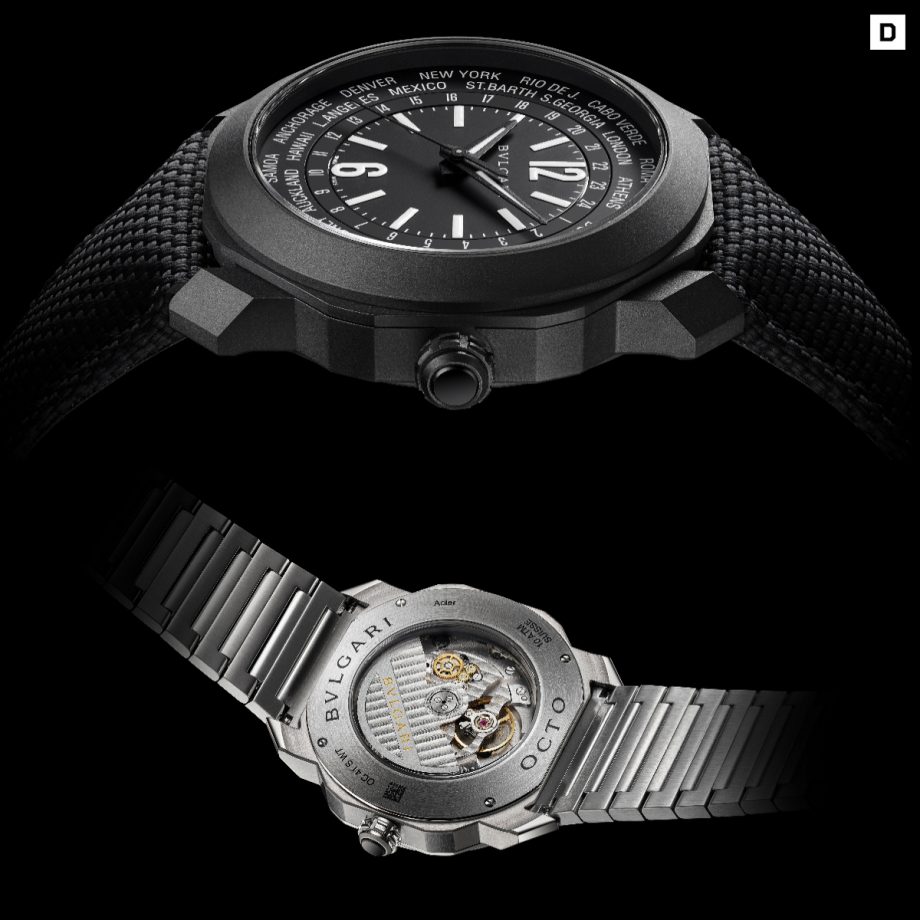 Close-up detail of the two Bulgari Octo Roma WorldTimers. Bulgari, like many luxury fashion houses, has invested heavily in developing their in-house watchmaking. Bulgari stands out as a particular leader in this department. Image: Bulgari

Available in two sporty configurations – stainless steel with a blue sunray dial and integrated bracelet or black DLC with a matte black dial and rubber strap – the Bulgari Octo Roma WorldTimer combines the class and technical wizardry of a classic world timer and imbues it with a sense of youthfulness that few other world timers boast.

Driven by a new Swiss in-house movement, the layout of the watch’s dial features a central display of the hours, minutes and seconds combined with a double rotating disc on the outer edge: one for the 24 reference cities (including Bulgari’s home and the watch’s namesake, Rome, as well as Australia’s leading city Sydney) and another with a 24-hour graduated scale.

Setting the local and reference time is a cinch with the screw-lock crown, which features a ceramic end cap and tactile knurled design. Sans-serif lettering and crisp, clean numerals and indices provide legibility and provide a real modernist spin on the world timer format. The watch’s practicality is heightened by its ‘sweet spot’ 41mm diameter, 100m water resistance and 42-hour power reserve. 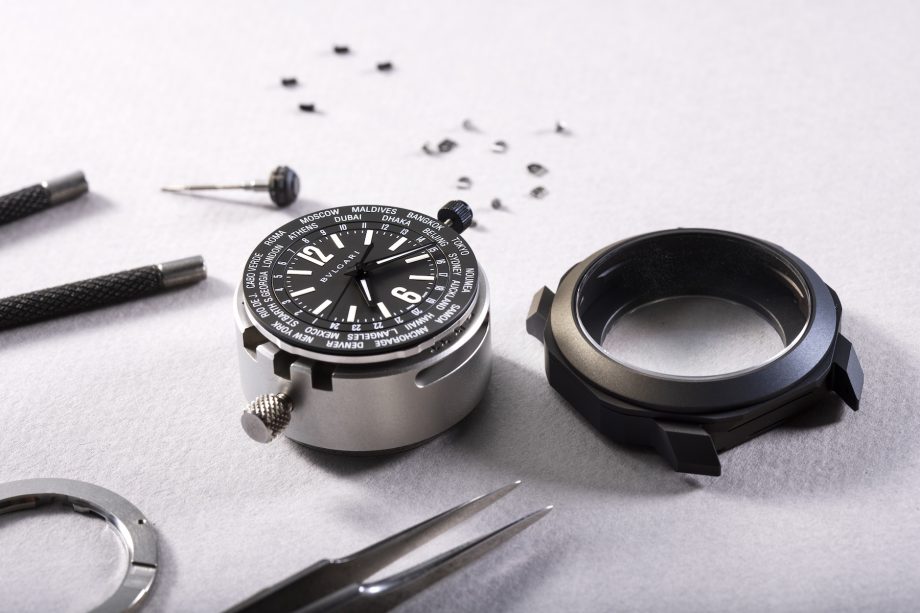 But the most exciting thing about the Octo Roma WorldTimer is the price. Not to be gauche, but both models are priced at only AU$12,750. That’s extremely competitive. For reference, a stainless steel Vacheron Constantin Overseas World Time (ref. 7700V/110A-B172) will set you back AU$57,000 at retail – and good luck getting on the waiting list…

RELATED: Canada, China or Colombia? Where To Score Rolex’s Hard To Find Models

Alternatively, you can go out and put your name down for an Octo Roma WorldTimer right now and actually have one on your wrist ready for Australia’s borders to open. We know what we’d rather do.

Discover the Bulgari Octo Roma WorldTimer as well as the rest of the award-winning Octo collection at Bulgari’s online boutique here.