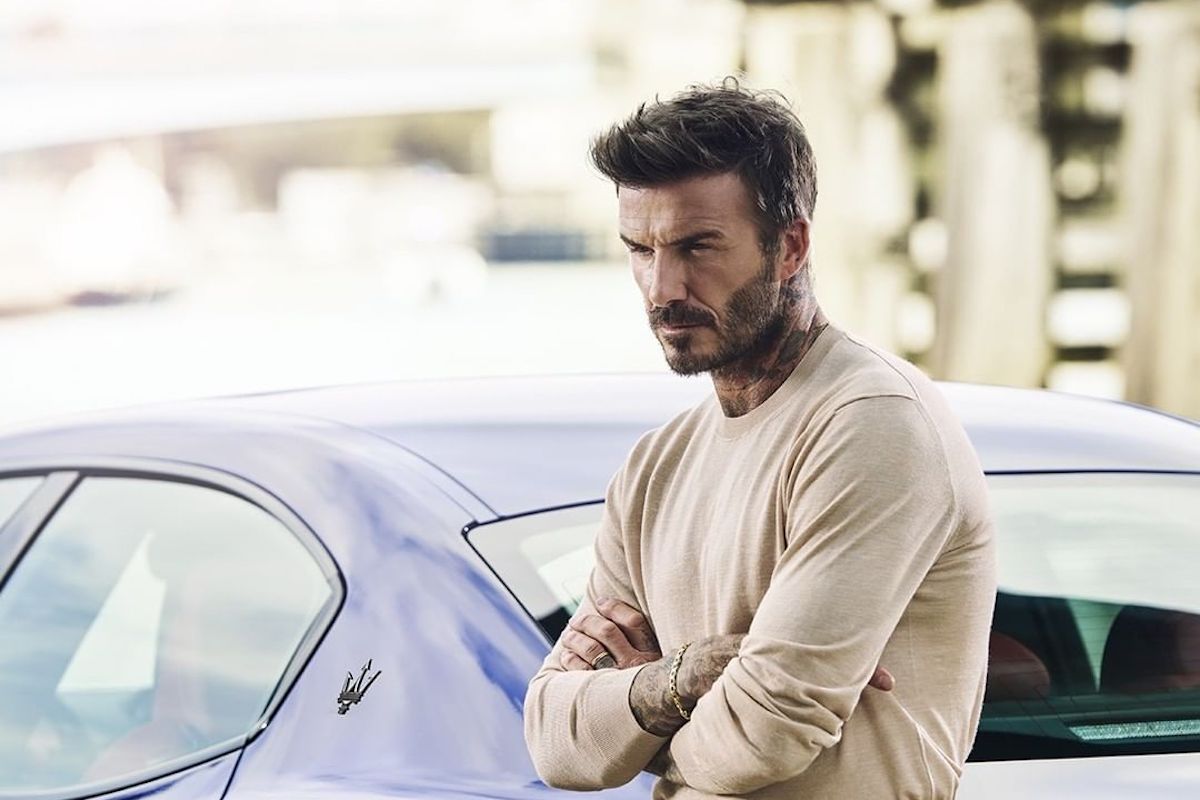 David Beckham is normally pretty dapper, but his latest fashion move has us scratching our heads.

The 46-year-old football legend is arguably one of the best-dressed men on the planet – although you could argue that much of his impeccable style is thanks to the influence of his wife Victoria, an accomplished fashion designer who’s no doubt helped him hone his sartorial chops.

But when the cat’s away, the mice will play – or rather, ‘Golden Balls’ makes some worrying fashion choices. In Dubai for a campaign shoot for the new Maserati Ghibli Trofeo, Beckham posed alongside the muscular Italian sports car in a simple long-sleeve shirt, pleated trousers… And a pair of white vented loafers.

For Beckham, this is very left field.

This comes just days after he was dicking around at an Inter Miami game, juggling a football while wearing a pair of $1,000 Christian Louboutin loafers (although to be fair, that was quite impressive).

White loafers are hard to pull off – but that doesn’t stop scores of men from trying. In Australia, white loafers are an icon of spring racing carnival general admission areas and nightclubs, and have some rather pejorative nicknames. They’re the kind of thing you find on the sales rack at Tarocash.

RELATED: Australia’s Most Ridiculed Menswear Brand May Have The Last Laugh In 2021

Still, you could just make the argument that he’s just trying to sartorially appeal to the average Maserati driver. Loafers are great for brake stands…

Beckham’s currently on a high, with Inter Miami (the American football team he co-owns), having just picked up back-to-back wins against Chicago and Toronto FCs in this 2021 MLS season. Founded only three years ago, Inter Miami has had somewhat of a rocky start, so it’s pleasing to see them pick up some momentum.