‘How you should leave your hotel room when you check out?’ For most of us there’s a pretty simple answer to that – ‘however you want.’

Though, as many people have found out the hard way with Airbnb (where hosts can review guests), you are expected to clean up after yourself in some forms of accommodation, in hotels you’re literally paying for the convenience of not having to.

Right? Wrong. Or at least – that’s not how one man, who recently went viral, thinks. Darren Dowling, a Scottish internet sensation known as Dazza, took to Facebook on the 19th of August, to share how he leaves his hotel bed every time he checks out of a hotel. And it’s quite different to the American laissez-faire attitude.

“i always try and leave a hotel room like this. is this the right or wrong thing to do?” Darren asked his followers on Facebook, posting the following photo. 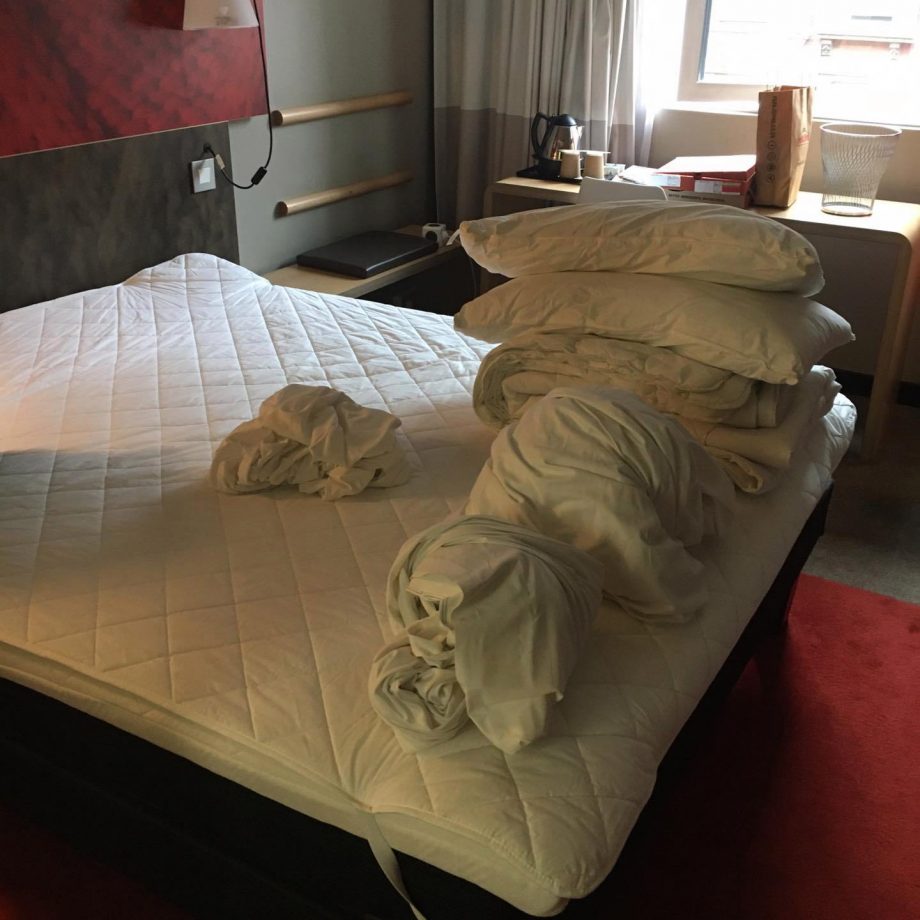 “I don’t bother folding it because I know they’re only going to pick it up and put it in a bag,” he added today, speaking to followers on Twitch about the absurd way in which such a simple photo managed to go viral.

His photo has been picked up by news outlets all over the world – from Australia to America. Darren thinks this is a bit ridiculous.

“I wasn’t expecting anything to happen but it just went wild,” he told followers.

“It’s funny to think 100s of thousands of Australians have seen my hotel bed and my Papa Johns I had the night before.”

The 7.4 thousand comments on Australian news outlet Today’s Facebook post of the photo (as well as Darren’s original post) shows the internet is well and truly divided over this act.

Commenters are split into two camps. One group believes it is a nice gesture.

“As a housekeeper, this makes me very happy when customers do this, saves us an extra job and makes it easier,” one wrote.

Another said: “Yes! From all hospitality works we salute you. Yes we are paid to clean but it’s human decency to just clean up after yourself.”

“Yes it’s the right thing to do and it says a lot about the kind of fella you are. Can you imagine the amount of rooms they need to do that are trashed. Respect to you.”

“As a housekeeper we very rarely see people do this. And if they do it’s much appreciated. As to the turd that states its what we get paid to do. We’ll firstly regardless of how clean or dirty a room is, we have a set time to clean it. And the amount of scruffs that leave shit (actual shit) everywhere is astonishing. O and vomit.”

Another type of commenter begged to differ. “They’re paid to clean it,” one wrote. “I got fined in Spain for doing this,” wrote another.

One man claimed the hotel staff might be so surprised by this (lets face it, highly unusual) piece of altruism it might make them suspicious.

“They claimed the room was ‘messy’ as I stripped the beds and put any rubbish in a bin bag and put them nicely in the corner of the room. Had to pay €60.”

Another Facebook user said that while the gesture was appreciated it was a little over the top, writing: “As a hotel manager I think this is class. I would say no need to fold things up so neatly you could literally leave it all in a pile on the floor. But guests like you make our days a little easier.”

Got it? Good. Now you just need to learn the dark arts of plane etiquette and you’re ready to trot the globe…