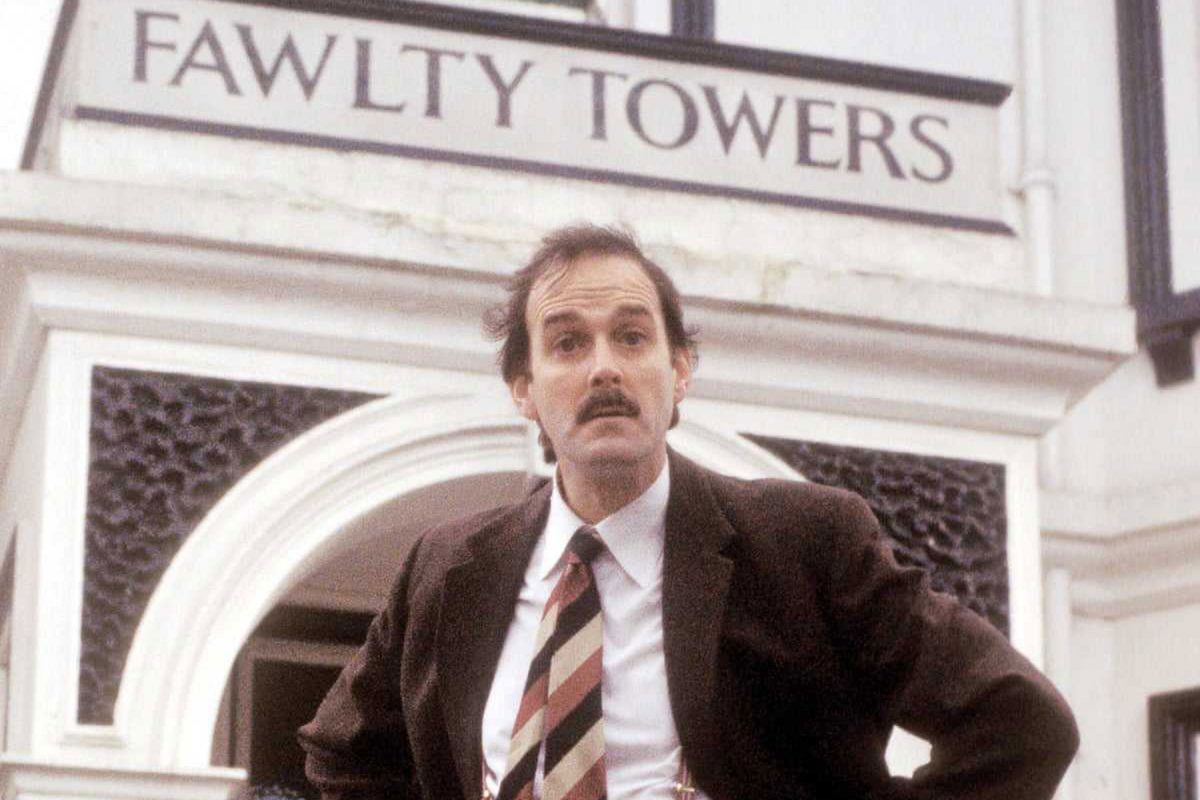 John Cleese has been upsetting Americans with his particular brand of British humour for most of his working life.

Even now, at 81 years of age, his irreverent quips show no sign of slowing down.

Enter: a Tweet he wrote on Friday, referencing a recent stay in a US hotel chain in Toronto. Cleese wrote: “……a sullen, unhelpful, thick-set receptionist (and one nice one), cheap, foam rubber pillows and in the morning…the longest walk and ride to the other terminal that I have ever experienced.”

“A fine example of the US hotel chain motto: ‘Minimal Service at Inflated Prices.’”

Cleese also Tweeted: “The Sheraton Gateway Hotel at Toronto Airport has asked me to tell them about my latest stay there.”

“It was appalling. Massive reconstruction – which they keep quiet about on their website – hopelessly bad signage throughout, no food of any kind at all….”

Imagine using your celebrity to damage an already damaged industry. A quiet email may have been more appropriate

His Tweets infuriated many Americans and Canadians.

While many said they appreciated Cleese’s on-screen antics, they detested one aspect of his Tweet.

……a sullen, unhelpful, thick-set receptionist (and one nice one), cheap, foam rubber pillows and in the morning…the longest walk and ride to the other terminal that I have ever experienced.

A fine example of the US hotel chain motto: ” Minimal
Service at Inflated Prices ”

One called the “thick set” comment a “low blow.”

The Twitter user wrote: “I will give way to no one in my esteem and gratitude to Monty Python and John Cleese for the survival of my sanity in all the years following my first viewing of Monty Python (especially the last four) but the receptionist’s size was irrelevant and a low blow.”

Another responded (to Cleese): “I don’t know much about your output outside of films and TV but what I’ve seen is laudable. But “thick-set” does not come across well, and I don’t see how it’s relevant to your experience in this case. I hope you see that.”

Another simply wrote: “Her size mattered how” (to which another responded: “he didn’t mention the receptionist’s gender”).

Her? He didn’t mention the receptionist’s gender.

Although some defended him (“it paints a picture, does it not,” one wrote), many, many others criticised Cleese’s choice to make reference to the receptionist’s size.

It paints a picture, does it not?

The feisty discussion, further down the thread, then morphed into Fawlty Towers quips and references.

The duck’s off! And they ran out of Waldorfs too.

One user asked Cleese whether he had expected to see The Hanging Gardens of Babylon, or herds of wilderbeast “grazing majestically.”

Another user wrote: “I’m sorry the Sheraton Gateway disappointed you. There are many first class hotels on the Airport Strip this hotel unfortunately was undergoing renovations at the time of your stay and the Grill was closed but you could have picked another restaurant or ordered from room service.”

Another empathised with Cleese, writing: “I’ve stayed in a couple Forte Posthouses, especially the one in Kensington. The lifts were a claustrophobe’s worst nightmare. The rooms had good legroom, though. Provided you stuck you legs out of the window.”

It really makes you wonder why they asked for a review, really…

They asked for an opinion he gave it? Had the stay been special, I’m sure he would have said something with out prodding. The fact that they tried to use him to garnish an endorsement just seems like a silly mistake on their part.

My how the tables have turned since 1975…