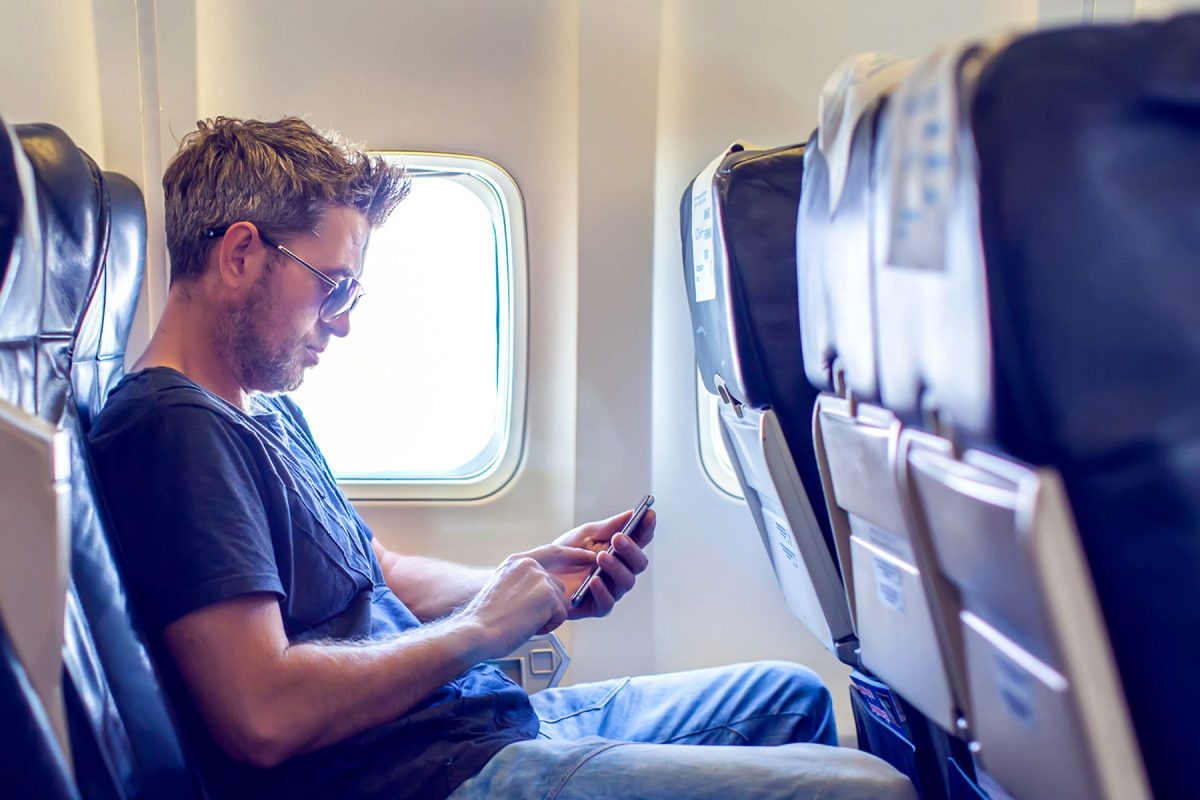 We live in a complex world. Some risqué acts – like joining the Mile High Club – are celebrated. Others are rightly condemned (and leave you questioning what the hell is wrong with some people).

But then there are yet other acts, which straddle the line between hilarious and inappropriate. For these acts we turn to Oops the Podcast, a regular chat between two comedians who like to discuss life’s greatest f*ck ups, and to tease us with head-scratchers.

Enter: co-host Francis Ellis’ latest plane story. After recently regaling listeners with an epic tale of an (almost) velociraptor-vicious window shade battle with a 40-year-old woman, today we were alerted to another incident, which occurred on a recent flight home from Indianapolis.

“This is nuts” Francis begins the story.

First, he sets the scene, describing how the middle seat was empty, separating him (Francis was sitting in the aisle seat) from a guy sitting next to the window, in the window seat.

So far so comfortable.

Then things get weird.

“The last 20 minutes of the flight he was touching up a dick pic of his own,” Francis said. It remains unclear how Francis knew it was “of his own.” But we digress.

“He was lighting it and shaping it and making it really nice.”

Francis added: “He was trying to be covert about it, but I was also very covertly studying the orchestration of this photo.”

“As we landed – as we were right about to touch down – he crossed himself.”

“The father, son, holy ghost… As if Lionel Messi had just scored a goal. In my mind, it was very funny for this guy who had just spent 20 minutes very intensely fixing a dick pic to remember to thank God for delivering him safely back to the earth.”

“If he believes that God is involved in the safe delivery of the plane… then he certainly has this fear that we’re going to crash, which means it should be on his mind that whatever he is doing as we’re descending could be the last thing he does.”

“The last thing on earth he’s doing is spending time looking at his own dick, improving it and those things are at odds to me.”

“If he believes in it then – in my mind – he should be looking at a picture of his family or looking out the window… instead it’s his own penis for completely aesthetic reasons.”

Do we detect a slight tone of admiration in Francis’ voice at this point, at the man’s sheer lack of f*cks? You be the judge. Watch the (condensed) video for yourself below and find out.

Stay tuned for an etiquette expert’s advice on editing risqué photos of yourself in public. Until then: please refrain from doing so. Kind regards: The World.