Of course, there’s plenty of cool 50s cars on the streets of Hill Valley, California, but it’s the DeLorean DMC-12 time machine – the core plot device – that the movie is so famous for. In the immortal words of Doc Brown, “If you’re gonna build a time machine into a car, why not do it with some style?”

But there’s another very cool car in the film that people forget about: Marty McFly’s tricked out Toyota Hilux. When he arrives back in 1985 after returning from 1955, the protagonist finds that in this improved future, he owns the 4×4 he wistfully admired at the start of the film, with antagonist-turned-valet Biff having buffed it to a mirror shine to boot.

Thankfully, you don’t need to go back in time and almost end up making out with your mum (it’s a really weird film when you think about it) to get your hands on a cool Hilux. One absolute legend on the Gold Coast is selling a virtually perfect replica of the film star car – right down to that gleaming duco. 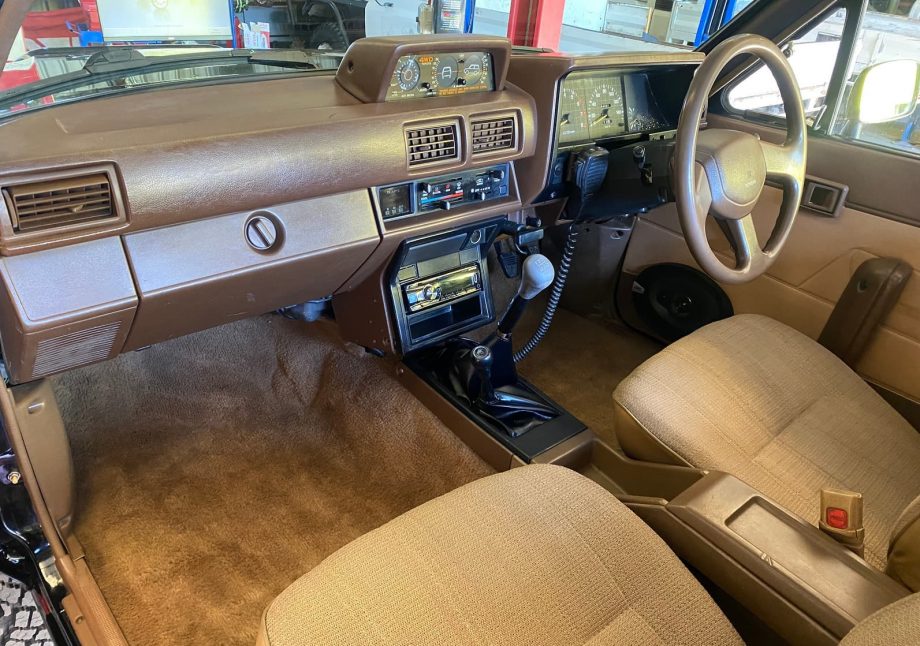 Down down to brown town. Image: Carsales

The ute’s a dead ringer for the one in the film: a US-spec smooth side tray; those famous yellow KC lights; a custom, hand made bull bar, roll bar and rear bar, and even the exact wheels and tires as the movie car.

The interior is a little different – a very 80s brown instead of the grey of Marty’s car – and unlike Marty’s, it features a rare factory sunroof. It also boasts a 112kW 3RZ-FE engine under the bonnet from a fifth/sixth generation Hilux instead of the 78kW 22R-E it would have originally come with. Interior mods include an aftermarket head unit and a UHF radio – can’t have a Hilux without a UHF.

It’s not the only Back to the Future Hilux replica in the country: there’s another one kicking around Western Australia, but that one was imported from the US and is a left-hand drive. That might be more faithful to the film car, but less practical for Australian driving.

Speaking of replicas, Toyota USA even made their own homage to the BTFF Hilux back in 2016, using their Tacoma pickup as a base rather than a Hilux. We reckon the 80s Hilux is a much cooler car, however.

The Hilux being delivered to a Toyota dealership in the film, and the 2015 Toyota Tacoma Images: Universal Pictures / Toyota USA

Even if you don’t give a toss about the film connection, it’s just an immaculate 80s Hilux with some tasteful mods. That’s valuable in of itself. Of course, it’s also the ultimate film buff car; much cooler than a Jurassic Park Jeep or a Love Bug Beetle.

We’d argue it might even be cooler than a DeLorean – it’ll certainly be easier to live with… Hell, it might just be the coolest car in Australia. There, we said it.