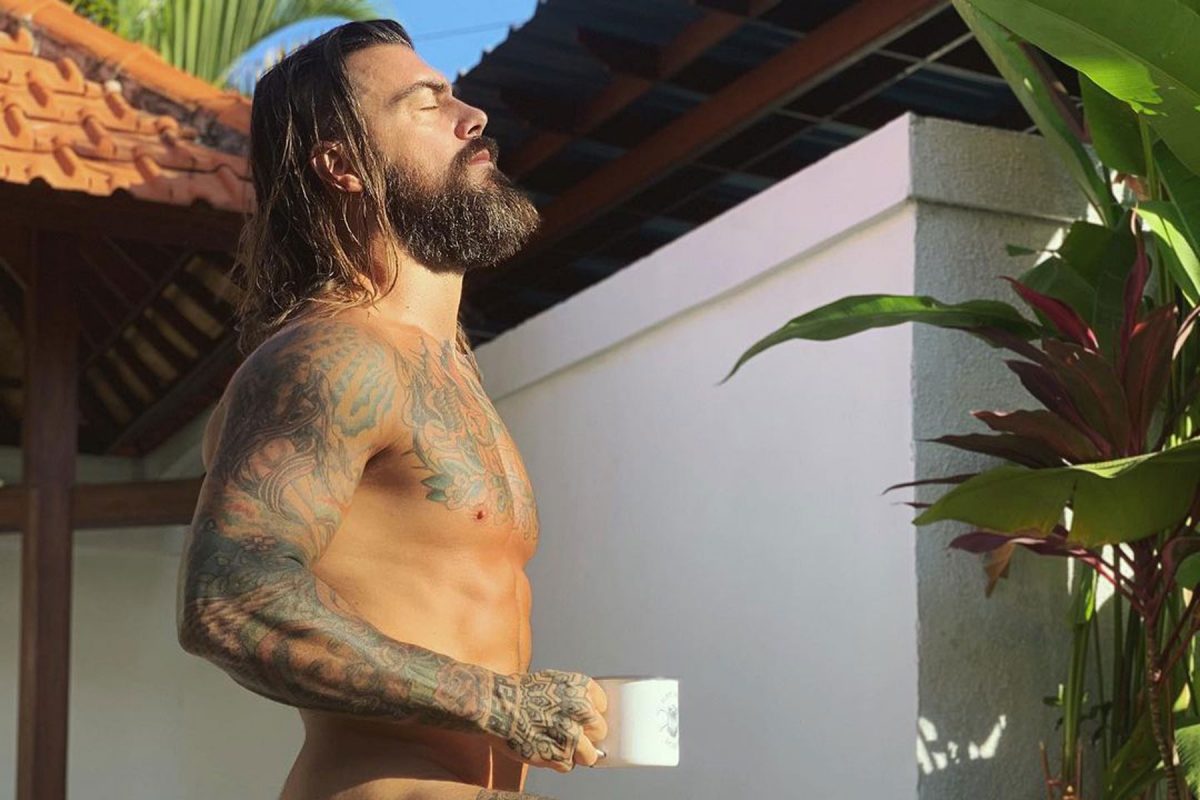 Dave Driskell, who held the title of IF3 World Champ (40-45) in 2019 and the title of Fittest Male Asia (35-40) in 2017, and who lives in Bali, was apparently angered by an Instagram post by Sinamon Bali, a bakery known for its cinnamon rolls, announcing it would offer free tea or coffee to vaccinated patrons.

The owner of the bakery, Connor Hood, showed Insider screenshots of the now-deleted comment, which Driskell allegedly posted earlier this month.

“F–k this you pandering fools. This is such a f–king joke. Giving out your sugar coated food while 78% of Covid mortalities had obesity issues. Me and my business do not support you. You are the problem. A sheep in wolves clothing.”

Driskell has almost 93,000 Instagram followers, and works at a gym in Canggu, a town popular with tourists and Chlamydia.

“He was super rude to us,” Hood told Insider. “And we were not even trying to force people to get a vaccine. Just giving a free coffee for people who chose to get it.”

Driskell says his remark was taken out of context, posting a statement to his own Instagram in the aftermath (read it in full here), claiming that he’s not a “loony anti-Vackser.”

“From the start of this pandemic I have been vocal on how metabolic health is of paramount importance for when viruses and disease arise.”

“… This massive issue I believe should be explained to the public and that with proper diet and exercise we can eradicate bad health and the horrific issues that come along with it.”

“As a passionate health and fitness coach for the past 11 years I only want health for Indonesia and the rest of the world to get back on its feet ASAP.”

This is not Driskell’s first skirmish with the media. He recently claimed a news.com.au piece took his remarks out of context, too.

Hood told Insider the only negative feedback he’s got regarding the initiative is from foreigners “that have a very anti-vaccine agenda.”

COVID-19 measures have been questioned (and flouted) by various foreigners living in Indonesia in recent months – a country that is now Asia’s new COVID-19 epicentre, reporting a record 350,273 new cases in the week of July 11 to July 17.

According to Insider, at least 78 tourists were deported from Bali in the first half of 2021, some for violating COVID-19 restrictions.

Two ‘prankster’ influencers found themselves in hot water earlier this year after, for a Youtube stunt, they painted face masks on their face and entered a supermarket. The video drew so much attention Balinese authorities seized both of their passports. The pair have since apologised.

Watch the apology video below

In these instances, individual tourists often become a flashpoint for people to express their frustration with the broader issues of tourism.

The attitude of some expats doesn’t help.

In parts of Bali like Canggu, “people live as if there is no pandemic at all,” Daniel Prasatyo, an Indonesian language teacher in Bali, told Insider.

Stuart McDonald, an Australian writer who’s lived in Bali for 13 years described Canggu to Insider as “one of the epicenters of foreigners not wearing masks” and said “there is a resilient anti-vax posse of people here.”

Indonesia has recorded nearly three million total COVID-19 cases and more than 76,000 deaths. The true number could be much higher though, due to a lack of testing.