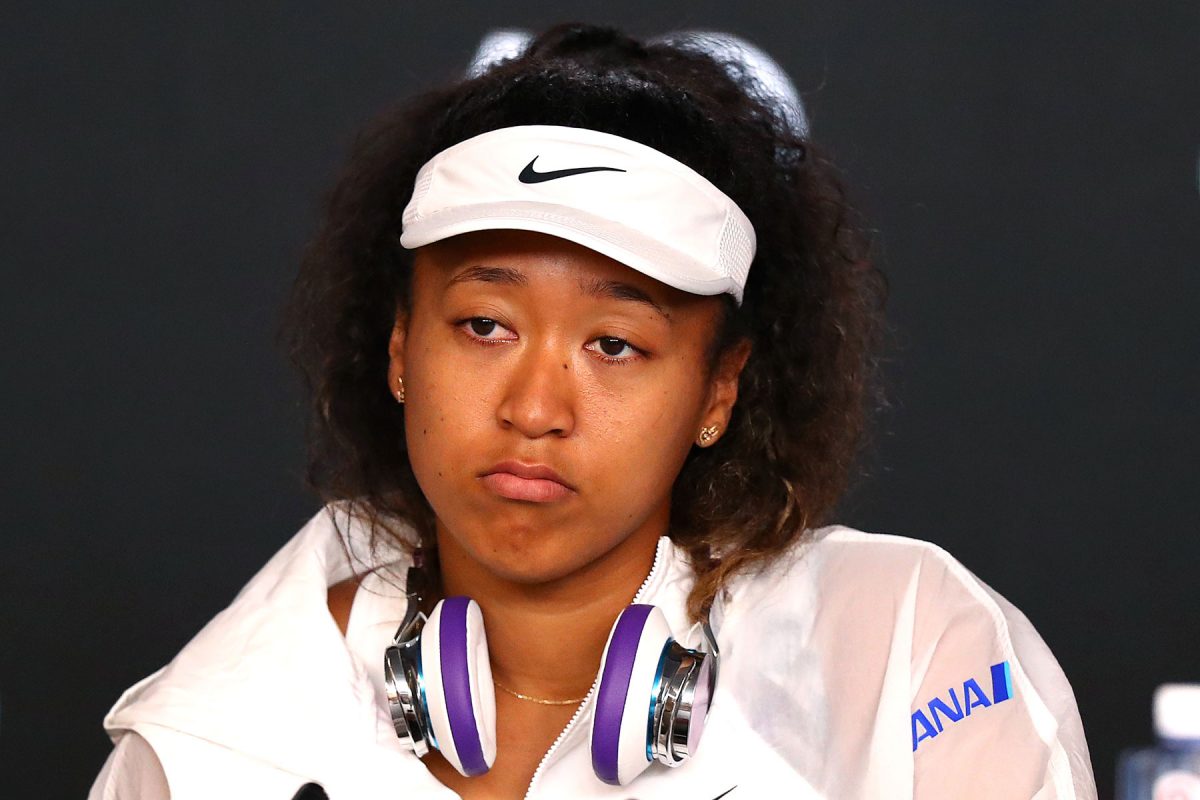 After the pandemic slapped us around the face, locked our doors and took away our keys, suddenly, a great portion of the population started checking in with themselves and focusing on their mental health. Being confined to our homes and having ‘normality’ snatched away from us, it’s been enough to send everyone a little bit crazy.

Not to mention: the last decade has seen a huge shift in the understanding and broadcasting of mental health. This is a good thing. Promoting the message “It’s ok not to be ok” is something we need to prioritise, not stigmatise. It saves lives. You’d have to be a calcified fossil to write it off.

But have we gone a little bit too far with slavish mental health messaging? Are we playing the mental card a little too freely in order to remove ourselves from situations that we just don’t feel like putting ourselves into?

Some pundits appear to think so.

Legendary former tennis player Boris Becker looks to be one such example. Becker recently slammed the current world women’s no.2 tennis player in the world Naomi Osaka, for her decision to withdraw from both the Roland Garros championships in France, and the prestigious Wimbledon tournament held in the UK, on mental health grounds.

Osaka claimed the media pressure afforded by the high-profile tournaments was detrimental to her mental health.

Becker said, “It’s not something we look forward to [press conferences]. But it’s part of the job. You have to learn to deal with it.”

“Is that really pressure? Isn’t it pressure when you don’t have food on the table?” When you’ve got to feed your family and you don’t have a job? When you have a life-changing injury? Isn’t that more pressure?”

“You’re 23, you’re healthy, you’re wealthy, your family is good. Where is the f**king pressure?”

To understand if Becker has a point, or if his comments could be damaging to the greater good of promoting a healthy respect around the topic of mental health (especially considering he has no idea how Osaka, as an individual, is privately feeling), DMARGE spoke exclusively with Dr Madsen of The MindShift Foundation.

Regarding Becker’s comments, Dr Madsen said: “On one hand I can see it from [Osaka’s] point, that she’s feeling overwhelmed by things and she’s making a choice to step out of that, because that’s what she wants at this point in time.”

“She’s been successful already, so she has been able to tolerate and deal with things, as you would have to do to achieve at that kind of level. She’s been brave enough to make a statement saying ‘this doesn’t really work for me and these are the reasons why’. And that’s ok, you’re allowed to do that and you’re allowed to change your mind.”

“I think Boris Becker’s statement is probably a bit unnecessary and unhelpful and harsh, a little bit provocative perhaps. I think you can be [more] sensitive and warm and understanding.”

Dr Madsen added: “But at the same time, he’s saying ‘to be able to achieve at this level you have to do these kind of things’, and he’s absolutely correct in saying that.”

In response to the question, “is society becoming too soft?,” Dr Madsen admits “it’s complicated.”

“It’s a verifiable minefield to address this question in a soundbite or two. On the one hand, I think we’ve become much more sensitive and aware of emotional issues and psychological issues than we probably have ever in the history of humanity.”

“In certain parts of the world, in the UK and in some parts of Europe, the idea of hate speech and saying things that upset people has become a real issue for communities to have to make sense of and to deal with.”

Asked whether society has done a 180 flip on the ‘Viking mentality’ we historically have been ingrained with (one with plenty of problems within itself), Dr Madsen says, “in certain areas it certainly seems to do that.”

RELATED: Psychologist Explains ‘Viking’ Mentality We Shouldn’t Be So Quick To Dismiss

“But let’s go back and talk about resilience, what is it? It’s being able to tolerate difficult feelings and emotional states and being able to persist and go through it.”

“Resiliency doesn’t mean not having difficulty, failure, distress, adversity or trauma, it actually means being able to develop resources within oneself to overcome it.”

“And some aspects, with regards to how we respond in the community, don’t encourage us to be resilient, we almost have to marinade ourselves in having hurt feelings, or being upset. We often get to this place where we have to feel like we’re a victim and there is a certain sense of status afforded to the idea of being a victim and sitting in that kind of space.”

“I think this is problematic because it can take people’s power away from being able to act on and to be confident and capable in the world.”

Dr Madsen has also previously told us that the opposite approach – the stoic, pig-headed one – though it can be one useful tool in your belt, can quickly turn toxic if it’s all you know. Why? Persistence and self-reliance won’t solve every problem for you. Certain problems can’t be run away from, or sweated out – and can be helped massively by allowing yourself to be emotionally vulnerable; opening up; seeking help.

To seek an athlete’s perspective on all this, DMARGE also spoke exclusively to former NRL great and Lexus ambassador Anthony Minichiello. Asking him how much assistance NRL players get to deal with the pressures of facing the media, Mini tells us, “It’s a lot better today than when I first started my career.”

“There’s two sides of the coin, on one side there certainly seems that we have become very very sensitive to certain kinds of things, and our tolerance and capacity to tolerate hurt feelings has shifted.”

“And very quickly, people can say that they’ve been offended, or hurt, or psychologically upset about something and that’s taken very seriously in some respects. There is a debate in certain areas of the community, have we become more sensitive? Are we less resilient?”

Indeed, Mini adds, “Back in 2000 there wasn’t much happening in this space, and certainly wasn’t as full-on as it is now. I do think it can still improve a lot, but it is really understanding your own thresholds to pressure. Everyone is different in the way they deal with all types of pressure, not just media pressure.”

“The trick is to try and learn what triggers your stress levels in your own body so you can pull back or through them with assistance. With social media around there is a lot more pressure on athletes today than there was in the past, anyone and everyone can write a comment at any time towards an athlete, good or bad.”

Speaking of resilience, DMARGE asked Dr Madsen how important it is that we build it.

“You have to be able to draw upon resources within yourself when you don’t feel like you want to, or that you can or that it all feels a bit too hard.”

RELATED: Why You Need To Rethink Your Relationship With Resilience

It’s not just tennis players that feel the pressure. Mini adds: “Dealing with the media is definitely a part of any athlete’s job these days, but if you don’t want to comment on a question, you don’t need to give an answer. You just politely decline.”

“That always feels hard when you’re a young athlete and you’re getting asked an uncomfortable question. You might feel obliged to do media, but you can answer questions the way you want and feel.”

“People are also much more tolerant of it today, they’re much more accepting of it, they’re more willing to open up and discuss it and identify those reasons why they’re struggling in their life.”

“I think that’s a good thing, that we can talk about it and understanding themselves. But the other part of learning about these things and ourselves is learning how to live through it. Learning how to become accepting of pain, suffering, failure, depression and anxiety, and coping with it in a way that is helpful and effective for them.”

In conclusion, Dr Madsen agrees with both sides of the coin – it’s about finding a balance. We do have to essentially suck it up when the going gets tough, but it’s perfectly fine to talk about our problems. What we all need to do when we feel like we’re suffering, is to focus on our inner strength, to build up our resiliency levels, and push through the pain in order to have a more fruitful life.

“What we know is that suffering is ubiquitous, from the day we’re born to the day we die, Buddha was spot on with that. It is a natural part of life. Suffering is always going to be there. It’s not about getting rid of it, it’s learning how to dance with it, how to work your way through it, how to learn to deal with and to learn how to integrate it into your life in a way that allows you to be who you want to be.”