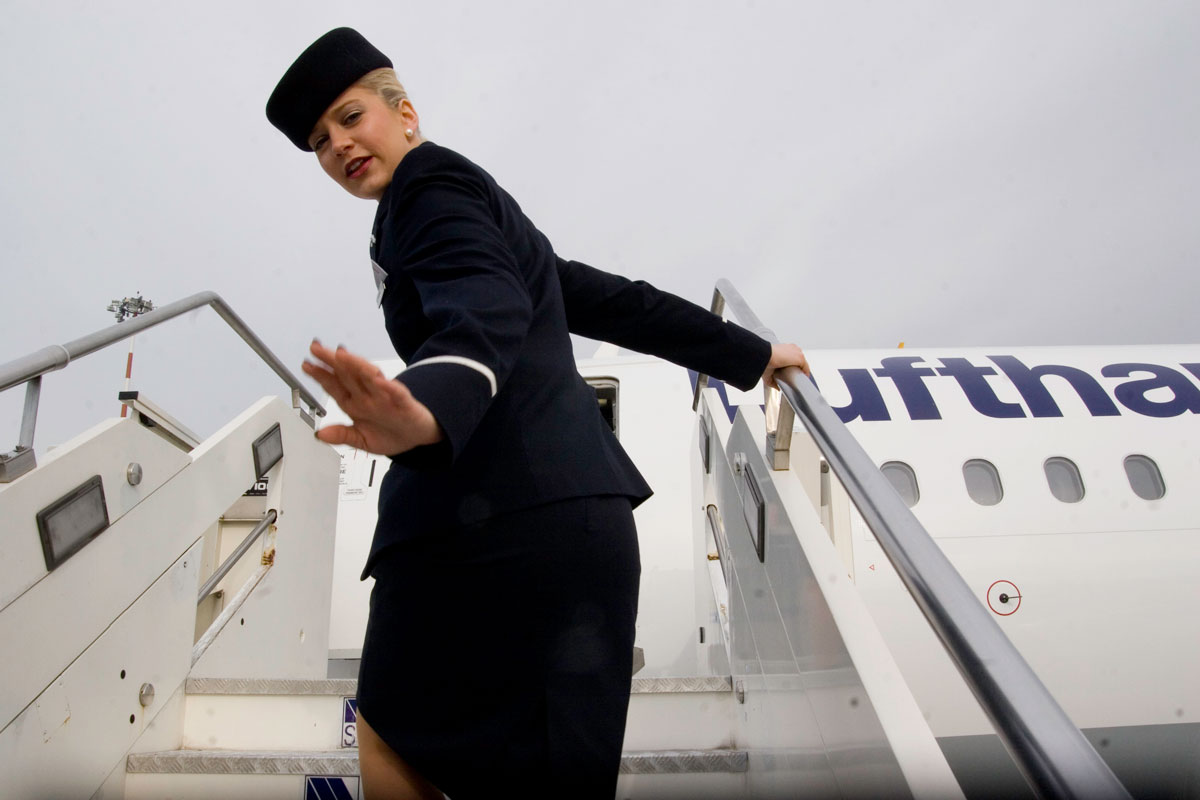 Traditions. We love them almost as much as we hate them.

Simultaneously holding us back and keeping us in check. Giving us a sense of identity but restricting us. Providing us with a foundation but one with holes in it. Still, arguably, better than nothing.

Speaking of calcification: German airline group Lufthansa recently announced a change to its inflight greeting language and some people are not happy about it.

Lufthansa announced on the 13th of July that it would, from now on, be greeting passengers using gender-neutral language.

So no more “ladies and gentlemen”. Instead, the airline will now refer to passengers as “guests,” or simply greeted with a cheerful: “Good morning here on board,” Lufthansa said in a statement.

“Diversity and equality are core values for our company and our corporate culture. From now on, we want to express this attitude in our language as well – and show that diversity is not just a phrase, but a lived reality.”

Lufthansa is not the first airline to make this change. Japanese airline JAL did it in 2020, and European budget carrier EasyJet and Canadian flagship airline Air Canada both did it back in 2019. Swiss Air, Brussells Air, Austria Airlines and Eurowings have also made the same change.

Some people find it ridiculous though.

I am proud of being a Gentleman and when I pay €1,000s for a 1st Class seat I expect to be treated as such!

Cohost of GB News Alex Phillips criticised the airline for flying into “storm clouds of wokery.”

“When will the madness stop. Anyone who gets offended by the term ladies and gentleman frankly needs to get off the plane and go for a lie down on a leather chaise lounge surrounded by pot plants with a kindly therapist,” she said.

“It makes me wonder how long we have to wait before we start retrospectively cancelling centuries of things based upon biological sex because that’s what we do isn’t it, we have to correct the present then when we finish doing that we take it into history.”

In response to this news bite, one Twitter user wrote: “Honestly the best 10 minutes of the day …just really sums up how the silent majority feel about allot of things but are to polite to say…but that aside you Honestly make my my day Alex and give me a giggle.”

“She is spot on, the term ladies and gentlemen is not offensive and it can not be removed from life. Sorry but I’m proud to be a woman and want to be called one and my sons who play football and rugby are men and are proud to be men,” another wrote.

Others threatened to boycott the airline.

Others supported the change, however, and ripped into those complaining for complaining.

“If your [sic] an adult, and are being angry at changing the terminology to ‘dear guests’ or ‘good morning/good evening’ as the company spokesperson has said they will be using; you need to give your head a wobble and stop wetting the bed, its a non issue,” one Twitter user wrote. “Its not that big of a deal.”

Inclusivity! A good move by @lufthansa https://t.co/q3gbJVPXoF via @FRANCE24

Others stood on the fence (though with their legs dangling over one side) and nitpicked.

Business News: #Lufthansa airline will no longer use ‘ladies and gentlemen’ greeting for passengers and replace with gender-neutral alternative. Although I support this, I think they have other issues to take care of 1st. Agree?https://t.co/aJbBUnMQI8#businessnews #leadership pic.twitter.com/JS626gRBbS

Other points were raised beneath CNN’s heralding of the news.

Yep! You’re spot on, the people complaining probably wouldn’t have even noticed the difference!

Another passenger also raised issues around the limitations of the booking software.

An unmarried female academic attempts to book a flight with Lufthansa 😐 pic.twitter.com/j8PvP0SkM1

Our thoughts? The phrase “ladies and gentlemen” isn’t being plucked from your lips with the threat of rats eating your face if you disobey. An airline is just choosing to use another type of greeting, in a certain context, in a gesture of goodwill (and because they think it will make them look good to a growing demographic).

Though the fact language is being, to a degree, policed does sound Orwellian, this video helps explain – to anyone outraged by the announcement – why we should consider opening our minds to allowing language to evolve, and to why empathy may well trump tradition in this case.

It also goes a way to explaining why these changes are not necessarily ridiculous and patronising and pandering to a generation of ‘soft’ millennials but may actually be valuable gestures of goodwill (though perhaps there could be a bit of both at play).

In summary? Young open-minded types are likely to be impressed by Lufthansa’s jumping on the bandwagon, and see it as brave in the face of the predictable wave of conservative kickback. Older more conservative people are likely to shake their head at it and call it weak and pandering to liberal fascism.

How will it affect the airline’s bottom line? Only time and ticket sales will tell.

As a side note: if you want to know how to get special treatment on a flight, from free refills to just being looked after that touch better, watch the following video to see a flight attendant reveal the kind of passenger crews absolutely love.