For some, there are few greater feelings than family unity. When you can comfortably call your parents or children your best friends, it makes for wholesome times all round. However, usually that involves playing catch with your kids, going for a few Friday night drinks with your parents, or sitting around a board game or the TV at home for family movie night.

Style guru David Beckham appears to have taken things one step further, however, by joining his sons Romeo and Cruz in a spot of home hair bleaching. Because, why not?

Taking to Instagram just a few hours ago, Golden Balls – or should we say ‘Peroxide Balls’ – posted a picture of himself with Romeo and Cruz, all sporting different shades of fluorescent hair colourings. David goes for the standard bleached blonde, Romeo gets the ice silver treatment, while Cruz goes neon pink.

The image sparked a sense of nostalgia for David, who added the caption:

“Sometimes the boys need reminding who did it first in the 90’s, by the look on their faces they are not to pleased about it #DadDidItFirst.”

He is of course referring back to one of his numerous hairstyles he has rocked throughout his career, with blond highlights making an appearance way back in 1997. He ditched the long locks, opted for a buzz cut and peroxide bleached it once again in 2007, shortly after joining Spanish footballing giants Real Madrid. 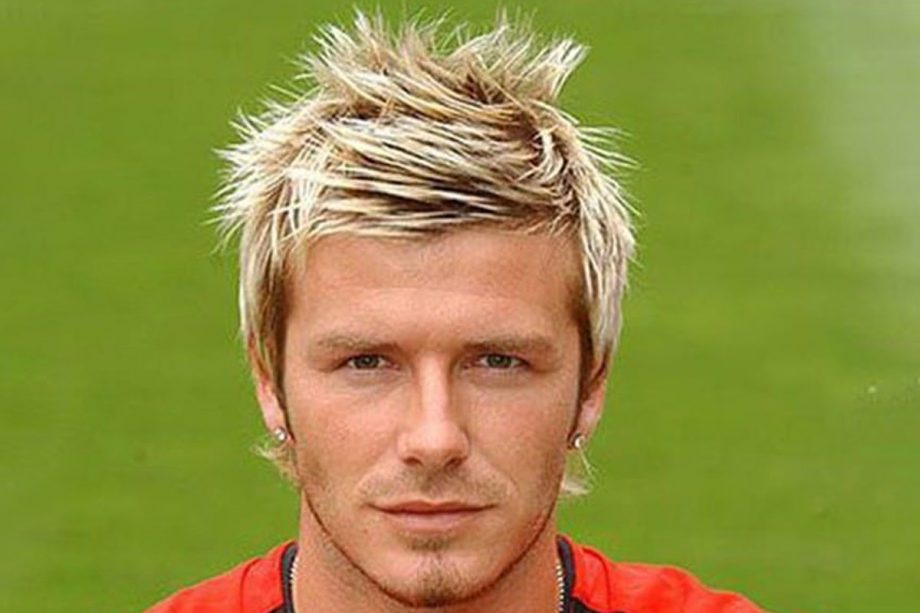 While we’ve seen Beckham rock various medium-length hairstyles over the years, such as the undercut and the pompadour, he has been favouring a much shorter length of late. We first caught sight of Becks with incredibly short hair in April 2020, as he, much like the rest of the world, resorted to the ‘quarantine cut’ to help prevent any bad hair days during the global lockdown.

But with the situation improving – or at least, trying it’s best to revert back to ‘normal’ – David needs to be back to his brilliant stylish best – which he effortlessly displayed in New York in May 2021 – and that includes taking care of his hair.

The Instagram post has already garnered thousands of comments, with first-born Brooklyn starting off proceedings with “Looks so cool.”

David himself promised his sons “it will be gone in a few weeks” to help alleviate any misery they might be feeling, while Christian Dior creative director Kim Jones added it was a “strong look.”

Many likened David’s new look to that of England and Manchester City midfielder Phil Foden, who has also been rocking the peroxide blonde look lately. The footballing youngster managed to convince his England team-mates to copy his hairstyle were they to win the Euro 2020 final against Italy, but, we all know how that turned out. We imagine, in this respect, the team were happy to lose.