If you ask an Elon Musk fanboy what they think about Tesla’s cars, they’d probably tell you they’re the best thing since sliced bread.

And it’s true – Tesla makes some great cars. More than that, the American company has single-handedly changed the popular conception of what an electric car can do or be. They’ve undoubtedly been a positive force for change not only in the auto industry but for sustainability more broadly.

But one of the biggest problems with Tesla – leaving aside the electric or self-driving car debates – is that they’re remarkably anti-consumer when it comes to letting customers repair their own vehicles… And are pretty cavalier when it comes to their servicing charges.

Rich Rebuilds, a.k.a. Rich Benoit, is a Massachusetts-based car enthusiast who’s made waves in recent years for his outspoken advocacy of customer’s ‘Right To Repair’, shared a worrying story about a Tesla repair that demonstrates Tesla’s cartel-like (well, almost…) behaviour.

The car’s owner relates how after driving over some debris in his brand new Model 3, he damaged a small part of the car’s cooling system, which prevented the car from running entirely. After taking his vehicle to a Tesla service centre, he was quoted $16,000 after being told that the entire battery would need replacing. To add insult to injury, his insurance refused to cover the cost, too.

Instead, he reached out to Benoit, who was able to fix the small part “using a brass fitting like you’d find at any home improvement store” for only $700 – 23 times less than Tesla’s estimate and a price based almost entirely on labour and diagnostic costs. Watch Benoit’s full video on the dilemma below.

While this example is a rather out-there one, it demonstrates how much money you can save if you choose to work on a car yourself (or choose third-party mechanics instead of getting your car serviced at a dealership). More to the point, it highlights a growing concern as more and more auto makers are electrifying their model ranges.

Because EVs are so heavily reliant on software updates – and because EV technology is so nascent, few mechanics have the expertise to repair them – car brands really have consumers at their mercy. Of course, even modern internal combustion engine (ICE) vehicles are heavily reliant on proprietary software updates and specialised servicing, but the problem is multiplied when it comes to EVs.

The concern is that cars will become like iPhones, where it’s possible for a company to just stop offering software updates or servicing for them after a few years, making your five-figure-plus investment useless. People already call Tesla the Apple of the car world but there’s more than just a little truth to that comparison. 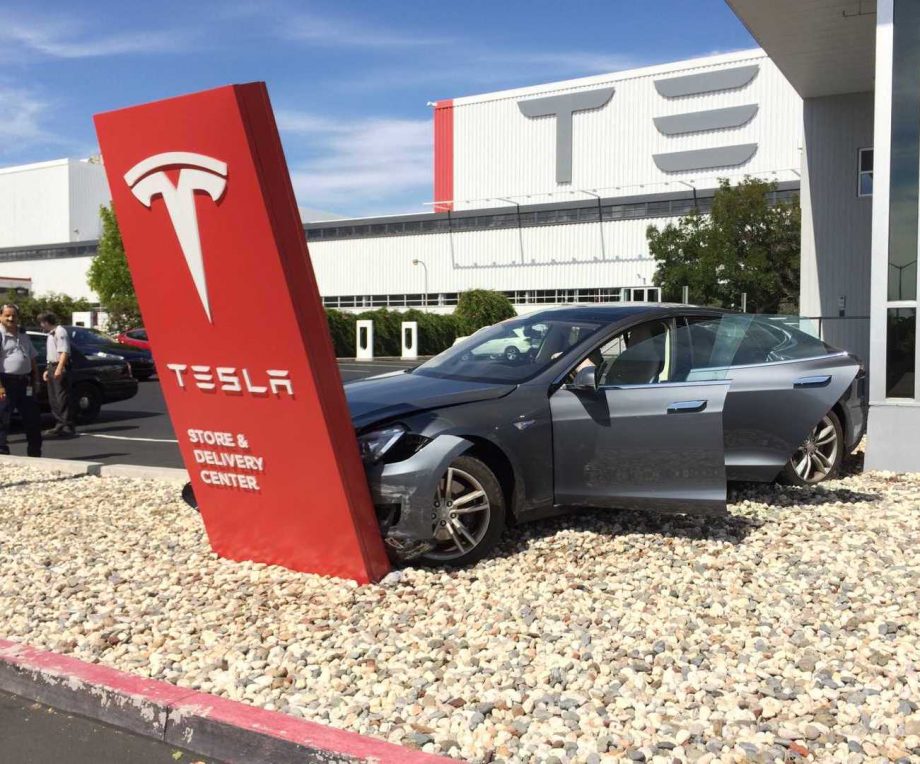 Last year, Apple was forced to pay out over US$113 million to settle consumer fraud lawsuits over allegations that it secretly slowed down old iPhones with clandestine software updates, a controversy that became known as ‘Batterygate’, NPR reported.

It’s not just cars where this behaviour from brands is a concern. Farm machinery brand John Deere has long been accused of monopolistic behaviour for the strict and expensive control it exercises over software updates for its tractors and the like, Bloomberg relates.

As more and more car brands join the EV revolution, the hope is that Tesla will be forced to become more competitive and consumer-friendly in order to maintain their status as the market’s leading EV maker.

RELATED: Australia In The Dark Ages While Germans Get Free Electric Cars

Of course, the worst-case scenario is that this sort of thing just becomes the new normal… Ultimately, it’s up to us as consumers to demand more from tech and vehicle manufacturers.