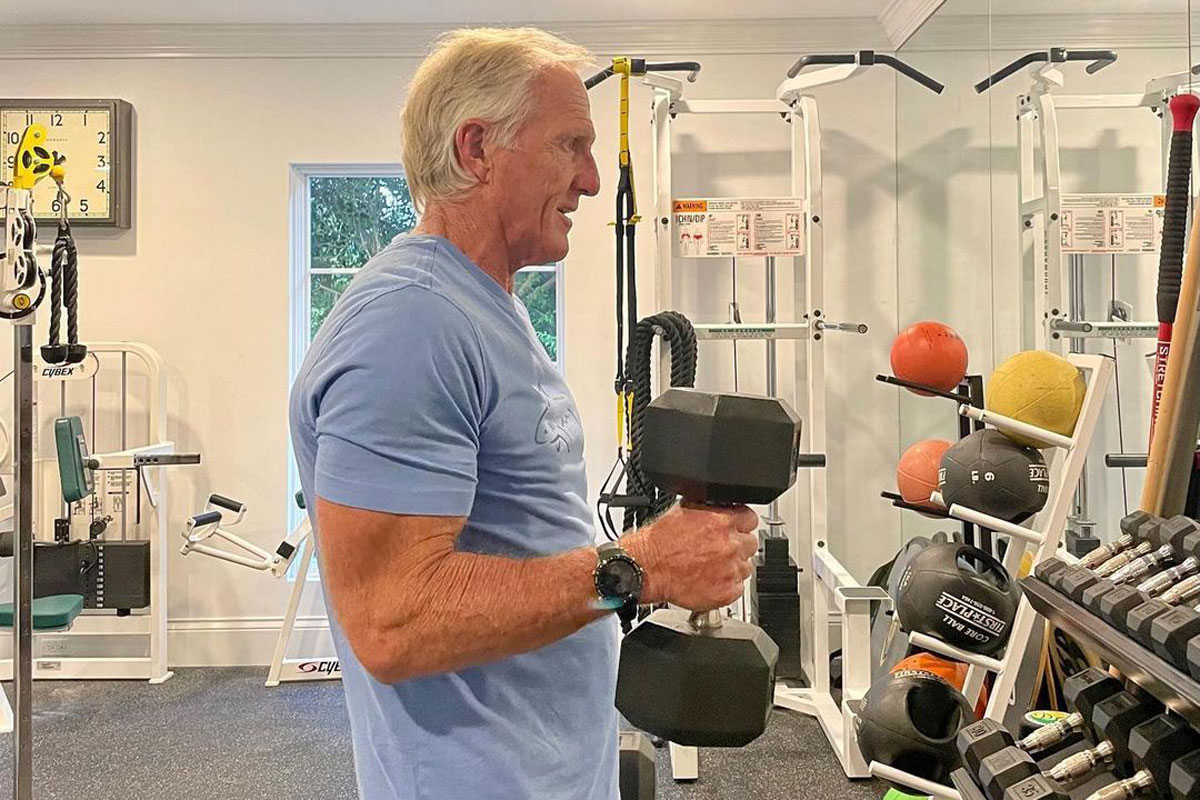 Every now and then, it’s good to deviate from the norm – whether it’s something on a smaller scale such as pairing a rich, heavy red with a light chicken salad (the audacity!) or something much larger such as supporting a sports team that isn’t of your home city (treason!).

For myself, being someone who genuinely enjoys going to the gym, a place dedicated to all things fitness and bettering yourself – and most importantly, well-lit – I recently decided to follow some advice given by famed Australian golfing legend, Greg Norman. The Great White Shark is regarded as royalty within the world of golf, having won numerous tournaments, before becoming an equally successful entrepreneur.

He also, for a man of his age, is still in remarkably great shape. At 66 years of age, Norman can still comfortably keep up with much of Instagram’s youth in the photogenic stakes, looking, dare I say, incredible. There’s a reason that beach photo went so viral, after all…

So what’s the secret to his fitness success? According to one comment he made in June, it could be working out in the dark.

“Sometimes in the winter time, I’ll turn out all the lights and turn the music up loud and I’ll work out in the dark.”

Sure, there are more radical methods when it comes to anything fitness-related. Retired US Navy SEAL David Goggins is constantly one to promote the idea that you need to be pushing your body to its absolute limits if you really want to taste success, previously saying, “Sometimes your motivation needs to be that no one else wants to do it.”

The short answer. Yes, and no [watch me find out in the video below].

Greg, with his riches, has a full home gym within which he can work out in peace, telling readers of his website that he’ll often “do a complete body workout, a full two hours. I do a full 40 minutes of cardio, where I’m on an elliptical. Sometimes I’ll break that down to 30 minutes on an elliptical or 10 on a Versaclimber, or 15 minutes of sprinting on a Versa or climbing, 15 seconds of flat out and rest for 45 seconds; that’s how I start my routine.”

“The next day I might take a 25 pound weight and do a static weight, where I do very slow motion, half curl up, half curl down, then half curl, then total curl. It takes a lot; it’s a different way of burning out your muscle.”

This already is more than I would put myself through at my gym. I’m not a cardio fan in the slightest, especially during my current training program, which is seeing me attempting to bulk up through a combination of strength and weight training, and a high-calorie diet.

RELATED: ‘I Ate Like Chris Hemsworth For 4 Months. It Nearly Broke Me’

So, for the purposes of this experiment, I armed myself with a 10kg dumbbell and a conveniently timed video posted by my Sydney-based PT Bronte Zeiher (because, as she says, “if you’ve got a dumbbell, then you’ve got a gym”). I then switched out the lights in my bedroom, turned up the music, and put myself to work.

It should be noted that I have very forgiving housemates, who didn’t mind me turning the volume of the music up so I could workout in my own personal nightclub – something of a trend here in Australia. But if you are to try this workout yourself in the same conditions, it’s best you let those you live with know your plans, first.

Performing this workout in the dark didn’t initially strike me as having any monumental effect compared to working out during the day. There are certainly cases to be made for working out in the morning/during the day, compared to the evening and vice versa. I’m definitely in the former camp, preferring to get my exercise done early to give me energy for the rest of the day – although, not quite as early as the 2 a.m. wake up for Mark Wahlberg and The Rock.

It was a nice change to get my fitness fix once the sun had gone down, however, and to be able to work to a slightly slower pace. Not being confined to a one hour window before getting back to my desk meant I didn’t need to give it the full beans, and I could put even more focus into my form and reaping the full benefit of every single rep.

I was also surprised to find I wasn’t overly energised once I put the dumbbells to rest, even with some decidedly Defcon-style music blaring out of my laptop. Perhaps the darkness outside was still enough of a trigger for my brain to say it’s getting close to bed time, causing my body to naturally wind down.

It was also, rather surprisingly, nice to workout in the comfort of my own home. I’m someone who has become naturally confident in the gym, having previously felt intimidated by the usual influx of vainglorious workout warriors you see at every gym up and down the country. But to do things by myself where nobody could cast a potentially judgemental eye, was comforting.

Also, in the current global climate, it was nice to not have to workout with a mask.

So yes, I did see plenty of benefits to working out in the dark à la Mr Norman, but taking into account my personal circumstances, i.e. only a pair of dumbbells to play with, going full turkey on the Iron Paradise and ripping up my membership so I could workout in the dark at home, isn’t something I’m prepared to do just yet.

If you have the luxury of your own home gym, however, then it’s definitely a tactic I wholeheartedly recommend you try.