Many English football fans felt robbed after the UEFA Euro 2020 final yesterday. But for one Englishman, the game was an actual robbery.

Lando Norris, Formula One driver for McLaren and currently fourth in the 2021 driver standings, was the victim of a mugging after the high-pressure match, the young racer having his Richard Mille watch stolen.

McLaren released a statement a few hours ago confirming “that Lando Norris was involved in an incident, after the Euro 2020 final match at Wembley, during which the watch he was wearing was taken.”

“Thankfully, Lando was unharmed but he is understandably shaken. The team is supporting Lando and we are sure that racing fans will join us in wishing him all the best for the British Grand Prix this weekend.”

According to The Sun, ticketless fans who had stormed the stadium ambushed Norris as he was getting into his McLaren GT supercar: one held him down while he was behind the wheel whilst the other ripped the watch off his wrist. 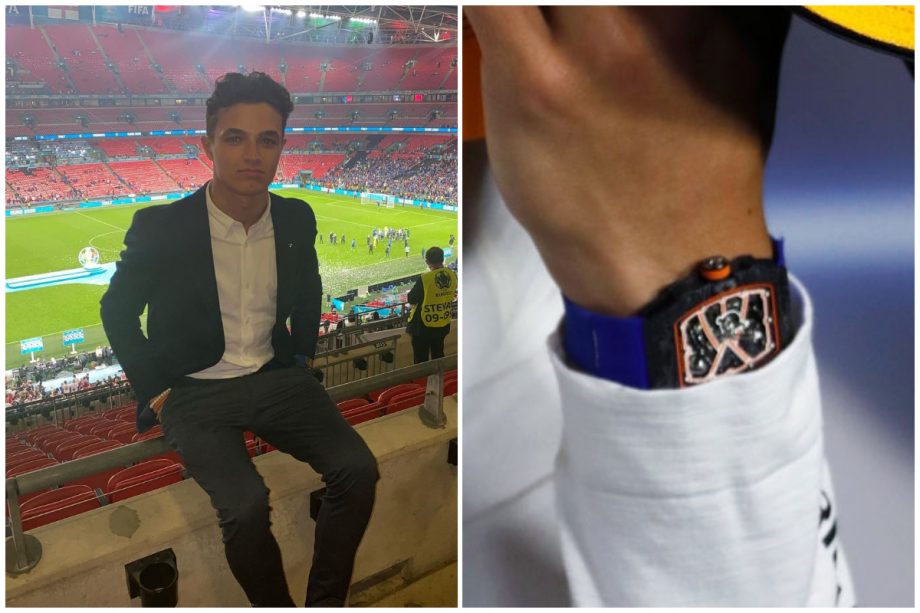 L: Norris’ Instagram post yesterday. R: a close-up of the watch he was wearing at an Austrian Grand Prix conference. Images: @landonorris / Getty

McLaren didn’t provide further details about the watch, but our best guess is that it was probably the custom Richard Mille RM 67-02 Norris was spotted wearing during the Austrian Grand Prix just over a week ago. Norris shared a photo to Instagram after the match where you can just about glimpse the blue band of a Richard Mille watch.

The RM 67-02 ‘Automatic Extra Flat’ is one of the thinnest timepieces the high-end Swiss watchmaker makes, with the brand creating different colourways of the watch to celebrate different athletes. Fellow F1 drivers Fernando Alonso and Kimi Räikkönen have their own signature colourways, as well as Olympic alpine ski racer Alexis Pinturault and track and field sprinter Wayde van Niekerk.

Norris’ seems to be an as-of-yet unreleased colourway, or perhaps it’s a one-off especially made for him, so it’s hard to put a price on the watch – but it would easily be worth over AU$100,000. Or even add another zero to that. Richard Mille is one of the McLaren F1 team’s major sponsors, and they even make a McLaren signature model, the RM 50-03. 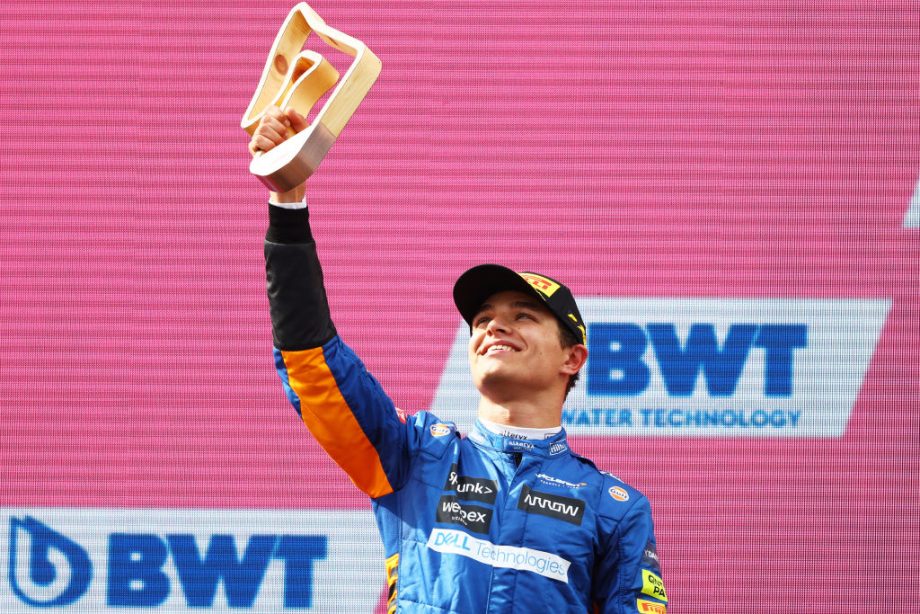 Of course, it’s a shame that the watch got stolen, but our thoughts are with Norris. Being robbed in such a confronting way like that must have been scary, and we hope he’s not so shaken up that it will affect his performance at the upcoming British Grand Prix this weekend.

English football fans have been lambasted for their poor behaviour both before, during and after the UEFA Euro 2020 final. UEFA fined England after fans booed the Danish national anthem and shone a laser pointer in Danish goalkeeper Kasper Schmeichel’s face during the semifinals, ABC News reports.

Since Italy’s victory, some English fans have subjected the black members of their team to horrendous racist abuse online, blaming them for their loss, Reuters elaborates.