Wimbledon is the oldest and most prestigious tennis tournament in the world.

As such, it’s as steeped in tradition as The Queen’s tea. Many of these traditions are archaic. Players are required to bow or curtsy to senior members of the royal family seated in the Royal Box. Servicemen and women operate as stewards. And there’s this whole thing about eating strawberries and cream…

Perhaps the most famous Wimbledon tradition is the strict all-white dress code for competitors and royals in attendance. Beyond that, there’s a widely-held expectation that you dress up for Wimbledon; it’s not just any sporting event.

Pete Davidson’s clearly missed that memo, however. The 27-year-old comedian and actor was spotted in the crowds on Sunday with his new girlfriend, Bridgerton star Phoebe Dynevor, wearing a rather casual fit that’s turned heads for all the wrong reasons. 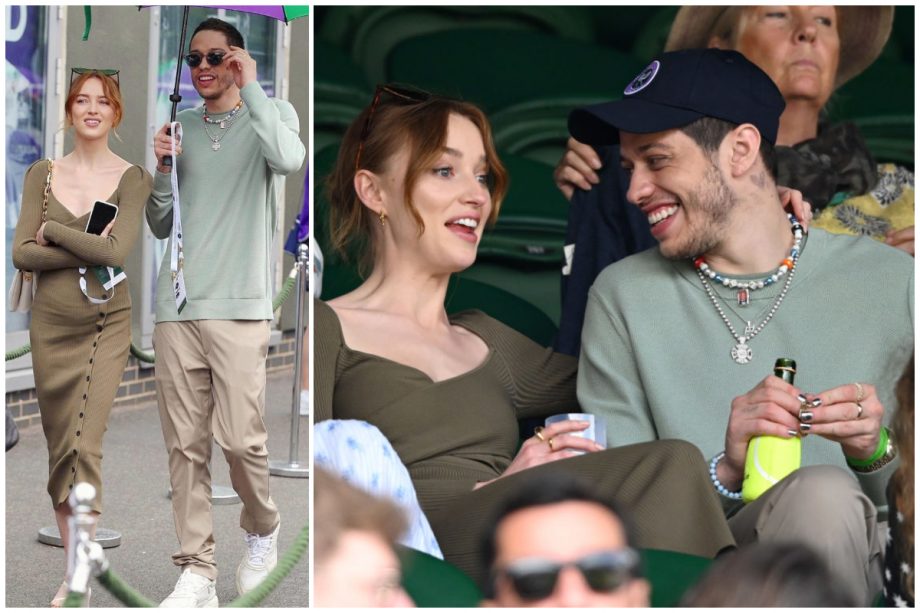 Wearing slacks, a grey cardigan, a bunch of chains and painted fingernails, Davidson looks ready to board a long haul flight at Heathrow. It’s a bizarre look that was totally out of place at Wimbledon – a double style sin, really.

But fans aren’t that bothered. They were more focused on the blossoming relationship between the two young screen stars. Indeed, Dynevor and Davidson look truly happy from the photos circulating online – so if you get the girl, maybe it doesn’t matter if you dress like a bum.

One fan put it this way: “Tom and Zendaya who? Pete making the news tonight!”

In other Pete Davidson news, the Saturday Night Live cast member recently revealed that he’s in the process of removing his huge array of tattoos, a move that many have lauded as a sign he’s changing his stripes. Maybe there’s hope for him after all?