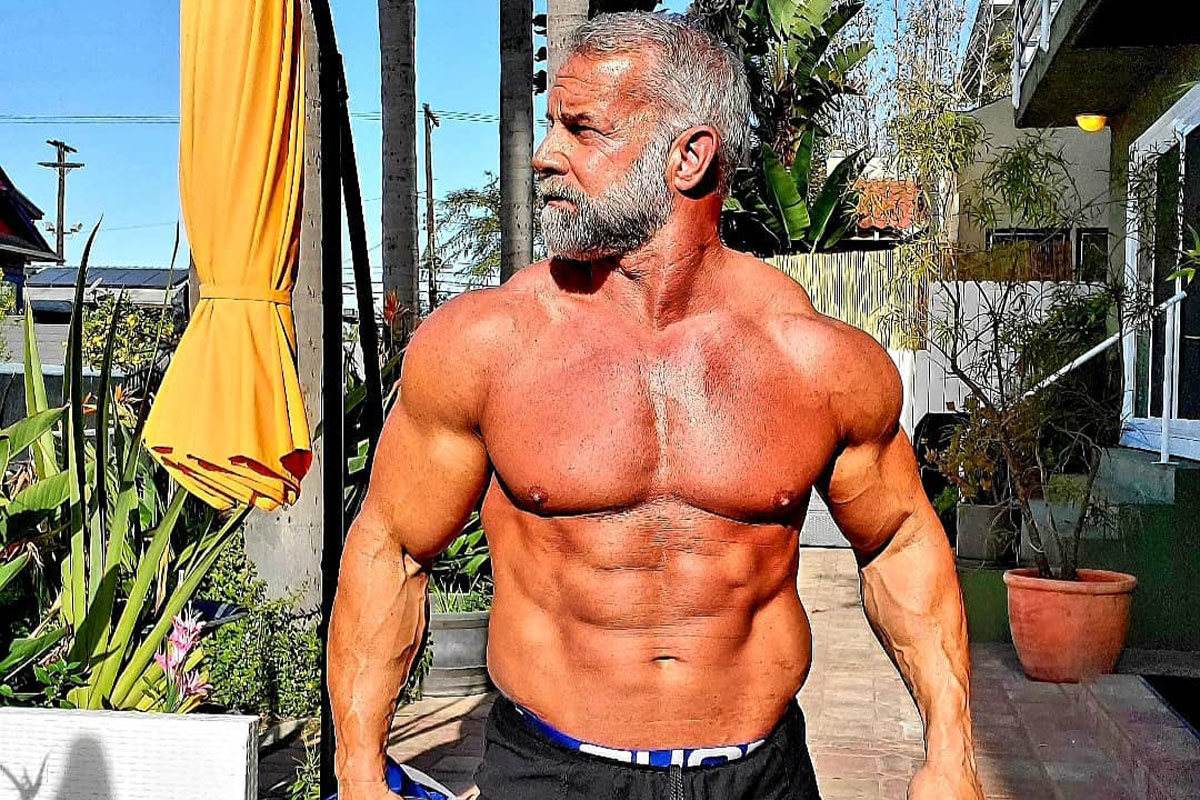 Getting ripped is something the bulk of men dream about. Few actually do it though. And while there are more important milestones in life – being generally physically and mentally healthy, for instance – getting shredded is a luxurious challenge years of Hollywood (and now Instagram) has implanted in our brains as something we should all at some point attempt.

RELATED: How The Perfect Male Physique Has Changed Over 10 Years Of Instagram

If you are pursuing that goal allow us to slap you with some inspiration. Enter: a recent video, featuring celebrity trainer Mike Ryan, otherwise known as “The Muscle Critic,” which was posted to Instagram by the account @fatlosshelp.

The video shows Ryan and his son, USAF Combat Veteran, Joshua Hopkins, doing a treadmill workout side by side at the gym. You’d think the son – younger and a military veteran – would be much fitter than his 55 year old dad.

The video shows Hopkins pounding along and struggling a little. Then it pans across to Ryan, who looks about as comfortable as a sloth in a hammock – he looks like he could stroll along at the same pace for days.

As @fatlosshelp points out: “He’s not even breathing hard.”

Followers of the fat loss help page were impressed. One wrote: “I thought the first one was the dad Lmfaoooo.”

“This is what being chased vs being the hunter looks like,” wrote another.

“They look the same age,” said yet another.

Further comments included, “Dude runs like a predator” and “If you need a step mum call me lol.”

This is not the first time Ryan has shocked the internet with his physique. His Instagram page is a testament to the fact there are not old people and young people in the gym, but fit people and unfit people.

The man is a machine and he’s not afraid to show it.

He has also embarrassed his son at deadlifts…