Jetstar is not known for its generous baggage allowance policy. But in a tale that is coming to be symbolic of this time, another dispute over being scalped for baggage (despite a sparse cabin) has one Australian passenger furious.

That passenger, DMARGE Founder and Publisher, Luc Wiesman, was amidst this week’s state border lockdown chaos. Upon returning to Sydney, however, from the Sunshine Coast airport, he was left fuming after being charged a hefty fee for excess baggage, despite the cabin being far from full.

Recent social media posts show Mr Wiesman is not alone in his Karen inspired outrage. A Tweet from Twitter user David Buchan-Swanson, posted on the 17th of June, complains of a similar issue.

Mr Buchan-Swanson wrote: “I’ve given up on Jetstar. The savings v virgin to be treated like shit are not worth it IMO (especially if you add luggage – virgin incl. baggage is often the same/cheaper than jetstar + baggage).”

tbh i’ve given up on jetstar. the savings v virgin to be treated like shit are not worth it IMO (especially if you add luggage – virgin incl. baggage is often the same/cheaper than jetstar + baggage)

Before you jump in and ask: “What did you expect,” Mr Wiesman told DMARGE, “It’s not about the money.”

“I get the rules,” Mr Wiesman said. “I’m happy to pay extras – but when it’s clearly just a grab for cash then it’s just stingy.”

“I never thought I would become the outraged Karen at the check-in counter. Not over $65, never.”

Everyone has their limits though: “We had our flight cancelled [due to lockdown disruption] and couldn’t select a different day. Eventually, after hours on the phone, we could change the flight.”

Mr Wiesman said thanks to the original flight cancellation he had to purchase extra legroom seats twice (he told DMARGE he wasn’t refunded for the first one).

While rules are rules, Mr Wiesman said the experience felt stingy when not one concession was made at any of the little opportunities the airline had to throw this old dog a bone, after cancelling his original flight and charging him a change fee (in a context where both Qantas and Virgin Australia are letting passengers change dates for free).

“Other airlines are not doing that [charging passengers for changing dates].”

This is strange during a time we thought Jetstar- and every airline for that matter- would want to make passengers feel good about flying again (and convince Australian passengers they had made the right choice opting for them over Virgin.

“In a situation where travel plans are thrown into chaos, and passengers are spending a long time changing accommodation and flights, there has to be some leeway,” Mr Wiesman said.

“On full flights where people are clearly taking the piss with hand luggage it makes sense to charge accordingly. But to be charged extra on an empty flight is just bloody unAustralian.” 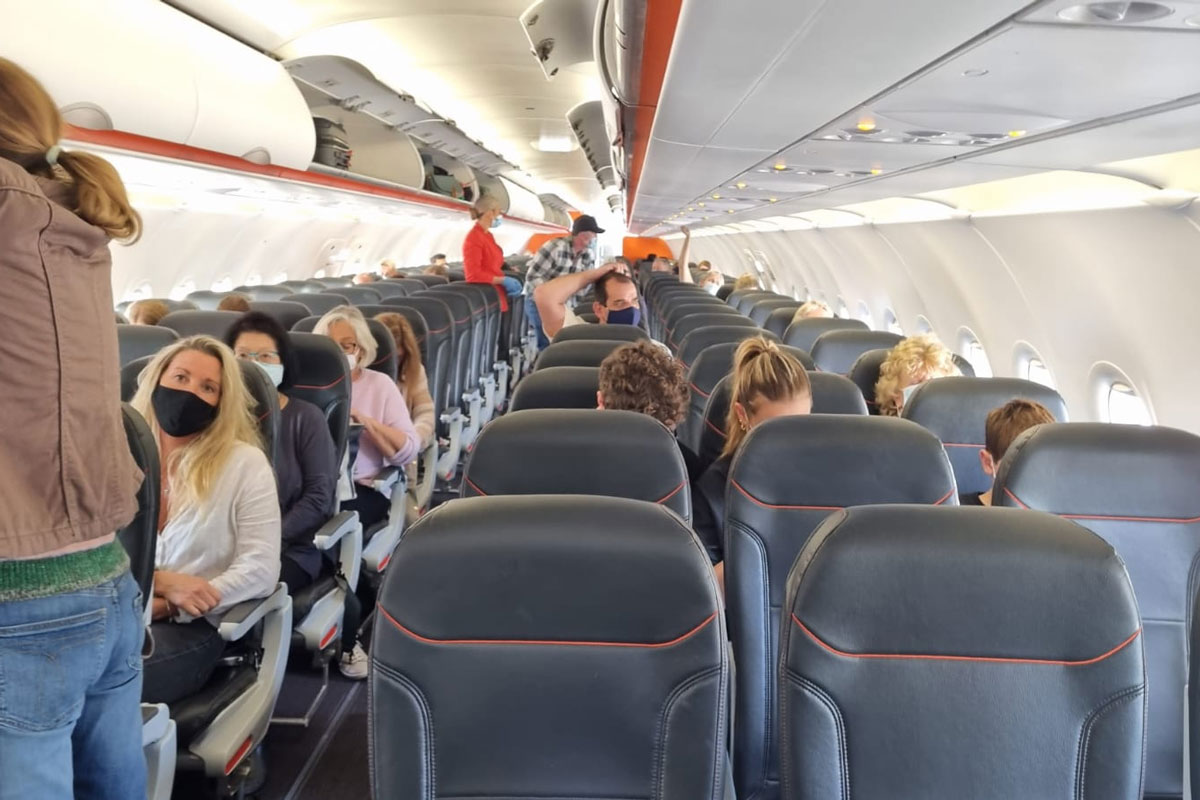 #jetstar baggage policy makes no sense. How can 7kgs hand luggage include laptops?? Mine weighs about 2kgs. #NOTCOOL

Many passengers have decided lately that the new ‘middle market’ version of Virgin Australia, which has emerged since the airline went into (then came out of) administration last year, is a better choice for affordable travel than Jetstar.

There is also a mountain of Tweets, both recent and historic, which show Australian passengers complaining about the same issues.

One user, Amber Matthews, wrote on the 30th of May: “Will never fly Jetstar again, have always been warned they’re cheap but when travelling with friends they fit everyone’s budget… however this is the last strike, paid over $500 to change these flights already! You’d think this time they’d take some of the weight.”

Yep! Will never fly Jetstar again, have always been warned they’re cheap but when travelling with friends they fit everyone’s budget… however this is the last strike, paid over $500 to change these flights already! You’d think this time they’d take some of the weight

Various other users have aired their complaints on Twitter too, as you can see below.

@JetstarAirways Be careful about booking any flights to Melbourne with Jetstar. Refusing to offer date change or credit voucher despite Covid restrictions imposed in Melbourne and on return to Queensland. Very poor.

At what point in my life will I realize I don’t HAVE to fly Jetstar? They’re 3 hours late. I’m 2kilos over in baggage. I pay $50. They just delayed another 30mins. SO glad I was on the road at 5am to make this flight 😩

Though their gripes ring true, it is worth pointing out every airline in the world, Virgin Australia included, has a bunch of complaints levelled against them online. It’s just what angry passengers do.

The problem? Airlines know they can get away with it, hence the ‘race to the bottom.’

What to know what you can do about it? See below.

At the time of writing, Jetstar return tickets to the Sunshine Coast from Sydney are $106. Virgin Australia tickets, meanwhile, are $140 (with September being used as a month of comparison for both).