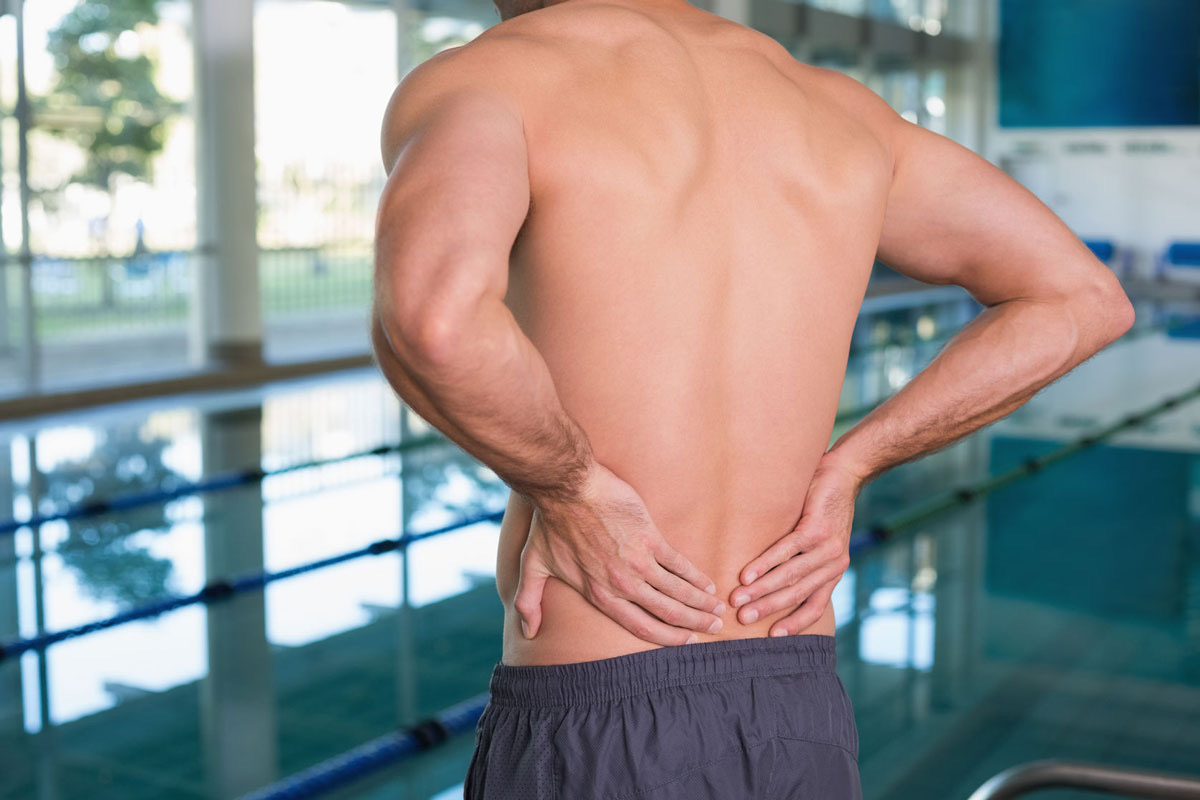 Back pain is something we’re almost all guaranteed to experience at some point, with Health Direct claiming 1 in 6 Australians reporting having back problems, and 4 out of 5 experiencing some back-related issues in their lives. There are many causes to back pain, with the vast majority being classified as “non-specific back pain”, meaning the issues aren’t caused by any particular condition (or the sufferer never gets to the bottom of it).

Instead, the most likely cause of back pain isn’t anything to do with the bone structure of your spine, but rather the muscles and ligaments that surround it. Pain caused by these muscles can be brought on by lifting weights that are too heavy in the gym, picking up a heavy load from the floor the wrong way, sitting down for too long, or the highly common cause of poor posture.

Many of us are guilty of poor posture. We either slouch in our chairs or don’t stand up straight while walking, for example, which when performed consistently over many years, will exert extra pressure on your back muscles. If they’re not strong enough to support the heavy load your poor posture provides, you’ll end up with a back back.

One simple test you can do to see how good or bad your posture is, was recently posted to Instagram account @spreadwhealth. While the video focuses more on shoulder mobility, that very mobility (or the lack of it) could be also affecting your back.

The video paints an incredibly clear picture of how we can all be susceptible to poor posture. The video is presented by Andrew Dettelbach, one of the founders of W Health. Andrew can speak from much experience, having suffered from a 10mm herniation – also known as a slipped disc – at his L4/L5 disc, the two lowest vertebrae of the lumbar spine and the area given the most responsibility for supporting the upper body.

Following a bout of depression, Andrew began to train his body in ways that felt comfortable, didn’t affect his back injury, and which also provided benefit. It’s this gained knowledge that makes him claim to be a reputable source for counter-acting common ailments such as lower back pain.

Though we’d recommend you see a physio rather than rely on internet inspirational figures for all your ailments, his test is certainly worth doing to check your shoulder mobility.

Andrew explains that because Josh has been flaring his ribs out when he pushes overhead, even with weights, his core isn’t at its most stable and so is “inefficient”. It’s also placing more pressure on the back muscles than is necessary, in order to lift the weight above the head.

“The core isn’t turning off necessarily, it’s just inefficient. It’s not in the best position it could be. You’re going to be able to drive more weight overhead when you’re stacked with a natural pelvis.”

“When [Josh] is lifting weight overhead, which is usually about 10lbs, he’s going to be compressing some things in the spine, rather than using this whole cylinder as your base.”

He further claims that you don’t necessarily need to walk around in life with such a solid posture, but when you’re exercising, it’s incredibly important. A good cue to help you ensure you’re as straight and stable as possible, is to imagine there is a puppet string above your head, pulling you upwards. Standing this way can help to reduce the amount of curvature in the thoracic spine (the upper back) and excessive curvature can induce a condition known as kyphosis.

In order to help improve your posture and subsequently eliminate back pain, you should always perform stretches before exercising – and even walking – and there’s no certainly no harm in simply stretching each day, even if you don’t plan to work out. Stretching helps to engage and prime your muscles, allowing them to strengthen through everyday tasks, such as walking.

So, perform the simple shoulder mobility test, stretch and you could be saying bye-bye to mystery back pain in no time. Now it’s ‘explainable’…