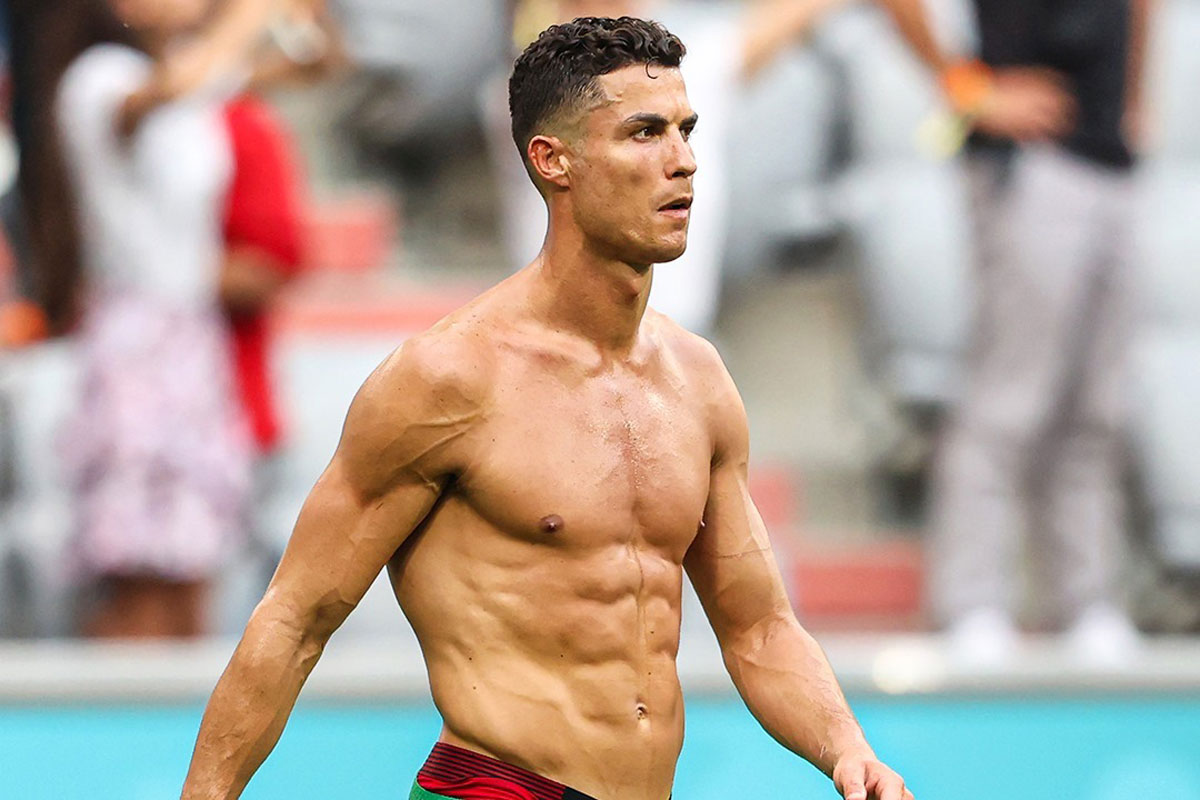 Ab lord and the best football player of the modern era (bar, some would say, Messi) Cristiano Ronaldo made waves around the world last week when he swept two bottles of coke away from him during a UEFA Euro ‘2020’ press conference and said: “Water.”

Aside from allegedly tanking the market value of Coca-Cola by $4 billion (something which Forbes refutes), he also reminded many people of a pretty basic premise (one we all too often forget when we’re hungover and reaching for something to slurp something with a spicy Pud Thai): fizzy drinks suck.

Why? It’s not exactly a mystery. Fizzy drinks like Coke are full of sugar and artificially spike your insulin. Cutting them out is an easy way to become healthier. And – though there is obviously a whole lot more the 36-year-old does to stay in shape than drink water (see: his diet and training) – his ‘water, only’ approach is reflective of his wholesome attitude to fitness.

A recent photo posted by Instagram account @espnfc shows the results of having such a strong focus. Depicting Ronaldo at the end of one of his recent EUFA games, with his top off, the image shows the star Portuguese forward looked shredded.

Followers picked up on this, commenting:

“Ah so that’s what people look like when they only drink water.”

“What ever you guys say about Ronaldo but he always has something to say on big games. Honestly we r blessed to both Messi and Ronaldo play there best for country.”

Another commenter was a little more cynical, pointing out, there is more to Ronaldo looking ripped than his avoidance of Coke.

“I only drink water but I look like CR7 in his days at Sporting.”

In any case, it’s a good reminder to anyone looking to make an incremental change to their lives that will make them fitter and healthier: switch soft drinks for water. Abs may (or may not) ensue.