No one likes to think about it, but we’re all at the mercy of our bodies working.

From your heart keeping a steady rhythm to your cells growing in sync, it’s hard to remember to be grateful every day for ~life~.

Speaking of which… one trending Reddit thread proves why you you should get regular health checks from your GP, and why you should take the time out of your day every now and then to get re-acquainted with your testicles.

“Just got right testical removed, screw you cancer!!” the post reads, followed by a photo from the hospital.

The response on Reddit was epic, with users sharing war(d) stories and helping inform each other about the signs men should look out for when it comes to testicular cancer.

“What were the signs or warnings you had before you found out you had testicular cancer,” one user wrote, to which the original poster of the thread – /brownrdan27 – responded: “Tenderness in the testical and the lump that formed. It comes on quick! Any lumps on your testical get it checked out! It is the easiest cancer to cure. Do your self checks!!”

“Oh it was like a grape size,” he added. “They grow very fast, I had tenderness for a few weeks, like getting a light flick every now and then. Me being dumb never did a self check then, but found it in the shower one day just by chance. I normally use a loofah so never get skin to skin contact.”

“Once a month put the self check on the list, you will get to know what is normal and what is not. The pain isn’t always there in the beginning that is from the tumor growing and putting pressure on the testicals.”

“Doing good now! Hope they got it before it spread too far!” he also shared. 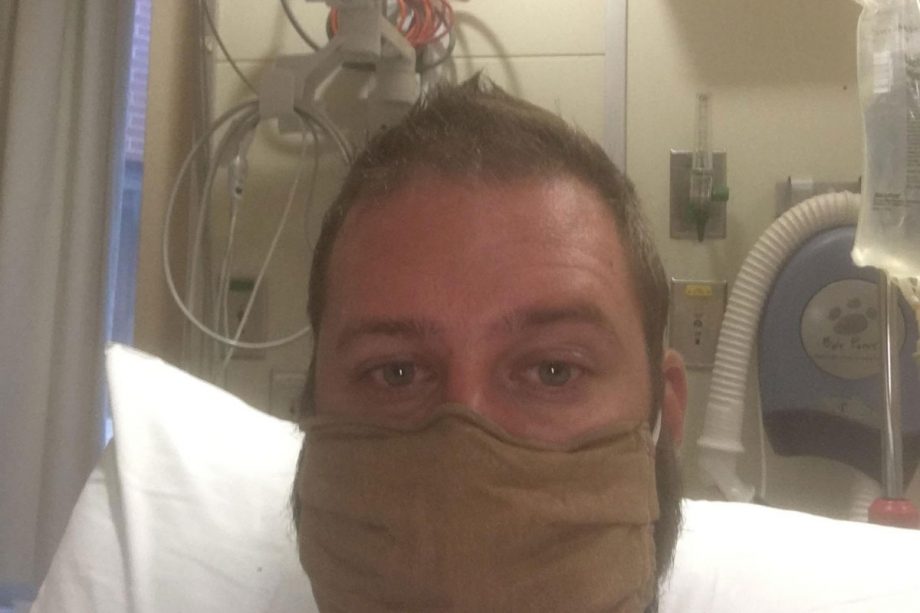 Another user claimed a similar thing has happened to him: “Pretty much the same thing happened to me 8 years ago,” he said. “I went to a pre-vasectomy appointment that my wife made for me after we had our 2nd kid. Doc found a lump and I ended up having my left nut removed 4 days later.”

“I’m lucky enough to say I’ve had worse colds than cancer. Having one nut has no effect on your day to day life.”

Others took to the forum with advice. One wrote: “Fellow uniballer here with the most important discharge advice you’ll ever get. TAKE A GOD DAMN STOOL SOFTENER. The anesthesia meds and post op pain meds blocked me up so bad and the last thing you want to do is strain that groin incision.”

“I was crying on the bathroom floor for 2 days before I could poop. 10x worse than the surgery itself.”

Another said: “For my husband it was really weird. He had a small, painful lump form under one nipple. Thinking maybe breast cancer (which men can get) he got a mammogram and an ultrasound and they determined it was gynecomastia. However, if you look up the risk factors for that its like being a teenage boy, smoking pot, and testicular cancer.”

“Well he was almost 40 and never smoked pot. He checked himself and found a lump. He had a rarer type of Testicular cancer which puts out the hormones that causes the gynecomastia. Only had to have the testical removed, no chemo or radiation. The lump went away on its own after that. Because its a rarer type, his docs keep a close eye on him and he gets scans every year but we caught it early and it never metastasized.”

Others then encourages each other to go and get anything weird checked, claiming you don’t need medical insurance to seek help for this kind of issue.

In response to one man writing: “I developed a lump in each thigh at the beginning of COVID. Almost in the same spots. But with no health insurance I’m probably just kinda fucked,” another user wrote: “If you’re in the US you don’t need insurance.”

“I had a cousin who had found a lump in his testicle so he went to the county hospital and they helped him out anyways. He ended up getting surgery and having it removed. It wasn’t the best place and he shared a room with 3 people but he’s been cancer free for about 5 years now.”

Of course, on top of that, there was more than one ball pun (and just jokes in general) rolling around as well.

Some of the top contenders included: “Better than having the wrong one removed!” (top comment) and “You’re a nut” (response to top comment).

“No worries, you’ll still have a ball!” another joker added.

“These puns are teste-mony to the fact that we need to stay off Reddit for a while.”

That was just the begginning. “Now cancer can suck his left nut,” another user added. “Wow that must’ve taken some balls to say that,” another chimed in.

“The hospital bed says it was surgically removed, but your eyes say it was ripped out by hand. Either way, I’m happy for you and proud of you!”

“Ball(s) to cancer!! Hope you’re doing ok man,” yet another one said.

“At least they got the right one, so you still have one left.”

“My partner lost lefty to cancer over a decade ago.”

“Didn’t tell me until after we had sex. I thought I scared lefty away, I was slightly relieved that I wasn’t completely losing it and there was only one ball in there.”

“We once shared a picture of our view from vacation and his brother asked if he was jealous of the palm tree. We hadn’t even noticed the two coconuts.”

“Ball jokes are low hanging fruit, gotta go for it.”

Our favourite comment of them all though sums up the sentiment in the comments, we think, quite nicely.

“You didn’t need that guy anyways, he’s a nut. Good on you bro. Don’t let any insecure idiot ever question you on it. It takes twice the man to go through having one removed and that puts you at god level machismo for life.”