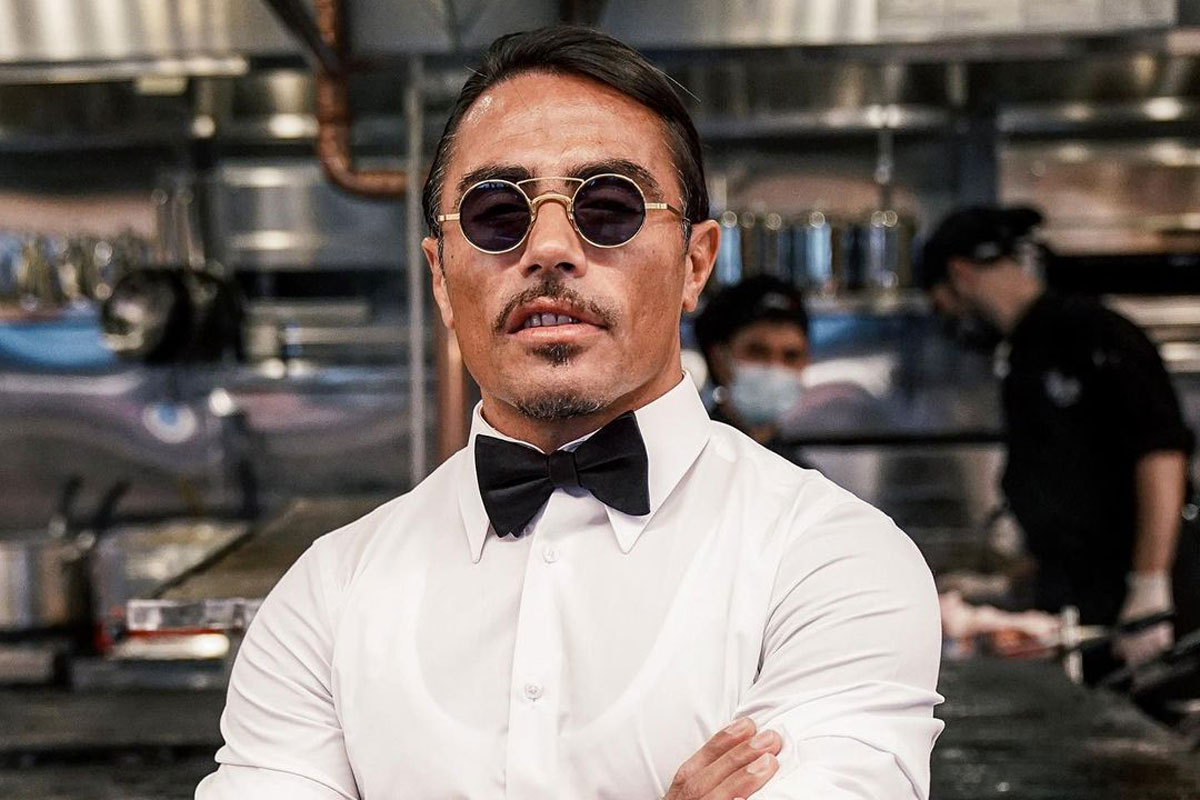 The Internet’s sexiest butcher and man with an impossibly low body fat percentage, Salt Bae, is known for one thing: meat. The carnivorous restauranteur and entrepreneur with a constant hunger for success and Instagram followers has secured himself several restaurant locations around the world – albeit ones that charge exorbitantly high prices for its meat dishes – and it has often remained somewhat a secret as to how he brings his mouth-watering cuts of flesh to plates.

Taking to Instagram, Salt Bae – real name Nusret Gökçe – posted a video, offering his 35 million+ Instagram following a closer look behind the doors of his highly impressive meat operation. With a soundtrack vegans everywhere would find a little too joyous considering the subject matter, Salt Bae takes us on a tour of the main factory in Turkey where much of his meat is processed and prepared, before it’s sent on to his restaurants.

What is immediately apparent is how serious Salt Bae takes hygiene and sanitisation, even without the threat of Covid. Before anyone steps foot on the butchery floor, they have their shoes and hands fully sanitised to fend off any germs, although, the man himself goes without a white lab coat, instead favouring his signature style of crisp white t-shirt, dark chinos and exceptionally white sneakers.

After personally inspecting the precision of the cuts of meat carried out by his butcher team, Salt Bae gets to work himself, engaging in a game of fruit ninja with tomatoes and lettuce, before finally showing off corridors upon corridors filled with meat drying racks which each individual cut labelled depending on its drying age. One can only guess how much all the meat is worth.

Say what you will about his lack of consideration for plant-based diets, it’s a fully regimented process that goes some way to explaining how he has gained his global notoriety.