“This is why we can’t have nice things”. It’s a saying whose origins remain elusive, yet it is one that has become ingrained in modern society. Referring to when something unfortunate happens to something beloved, it’s a phrase that has many applications.

We feel it can be applied to one of the latest news items currently doing the rounds: the removal of one of YouTube’s most popular videos ever, so that it can be sold as an NFT. Charlie bit my finger – again! was uploaded on 22nd May 2007 to the video sharing site and amassed more than 883 million views in its 14 year life. Depicting brothers Harry and Charlie Davies-Carr – who were 3 and 1-year old at the time respectively – Harry repeatedly puts his finger in Charlie’s mouth, only for his brother to bite him, causing Harry to complain.

RELATED: What Is An NFT?

The video has since become a global and cultural phenomenon – even Osama Bin Laden was said to have a copy of the video in his personal video collection – so much so, that it was recently removed from YouTube and sold as an NFT. 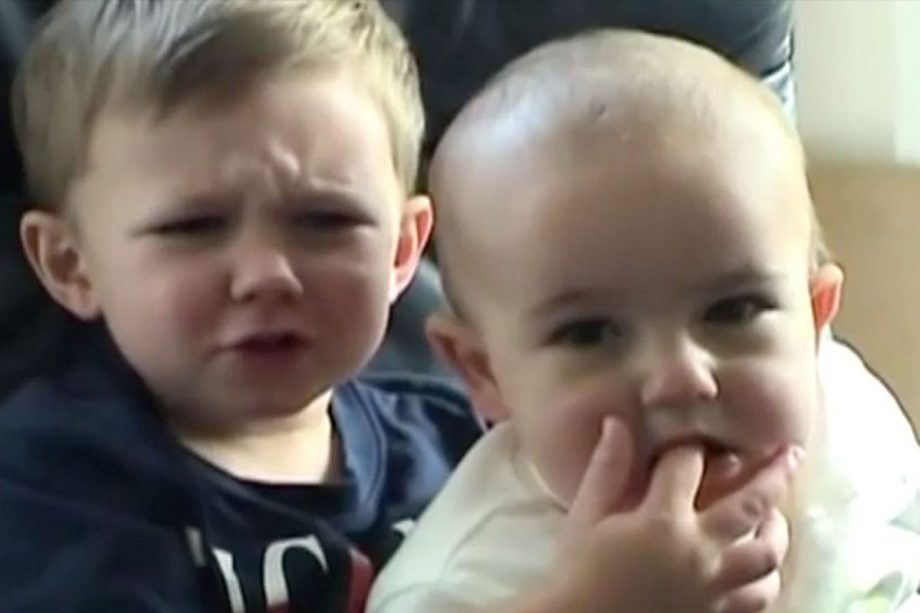 NFTs – non-fungible tokens – have exploded within the past year. Referring to a digital asset that can be bought using digital cryptocurrency, an NFT be-gifts its owner the intellectual property rights and exclusive ownership, which in reality means its value will likely skyrocket. Several artists from various backgrounds have jump onboard the NFT train recently, and the most expensive NFT ever sold right now was a piece created by digital artist Beeple which sold for US $69 million.

But, that piece of art was made to be, and always intended to be, an NFT. The Charlie bit my finger video was something that was able to be enjoyed by millions around the world for free. Now, however, they won’t have access to it, or at least, they won’t have access to the original. Duplicate videos do exist on YouTube, but it’s the original edition that has the value.

As NBC News reports, it  was sold for US $760,999 to bidder 3fmusic, who managed to outbid mememaster for the coveted rights to the video. It brings up the question, will NFTs now start to destroy some of the internet’s most loved icons, in the name of making some serious cash?

YouTube alone is home to some of the most popular and viewed videos in history, and so now a video of two toddlers can sell for such a huge sum of money, it could well cause owners of other popular videos to think about cashing in themselves too.

And when you consider just how popular memes are – the very fact the word appears in the Oxford English Dictionary is proof enough of how much of a cultural icon they are – we wager that we’ll soon start seeing sales of some of the most iconic for millions of dollars. Yes, a surge in the sale of digital assets can be seen as a good thing, as it offers up a whole new way of buying, selling and making money, but when the sums of money involved are only available to a fortunate few, many will be priced out and unable to get involved.

DMARGE spoke to technology commentator and host of the Technology Uncorked podcast Geoff Quattromani, to get his take on the current NFT landscape. “The internet that we know today is about 26 years old, it really is that age where you start to value things”, he says.

“So much of the content we see on the internet today has been largely free all this time, it really isn’t a surprise that it’s now finding ways to be monetised.”

“The Charlie video would have made the creators thousands of dollars in ad revenue while it was available for free. Now it can be sold and removed from YouTube for millions of dollars.”

“Every creator would take that option.”

“The owner of the content can now license its use or sell it in years to come for even more money (if this trend continues). The same has always been true for art. So much prized art is not viewable in museums, it’s in people’s homes.”

“NFTs are so similar to a life we already live, we just never expected to content we consume on the internet to be considered as collectible.”

“I don’t think we’ve seen the plays happen yet either. There is content on the internet that could become an NFT that isn’t up for grabs yet. Didn’t a Kardashian become famous through a poor quality tape? That would be a bigger deal than Charlie’s finger!”

“I don’t think the owners of the original content should be deemed selfish for selling their property. It’s their content so they should do what they like with it really. What would be smart is the NFT owner licensing the content so it can be enjoyed while money it still generated, beyond the pennies in YouTube revenue).

So, while it could be too early to speculate, with digital currencies and assets seemingly becoming more and more popular we wouldn’t be surprised if content-sharing sites such as YouTube start becoming a minefield for quick, high-value sales.