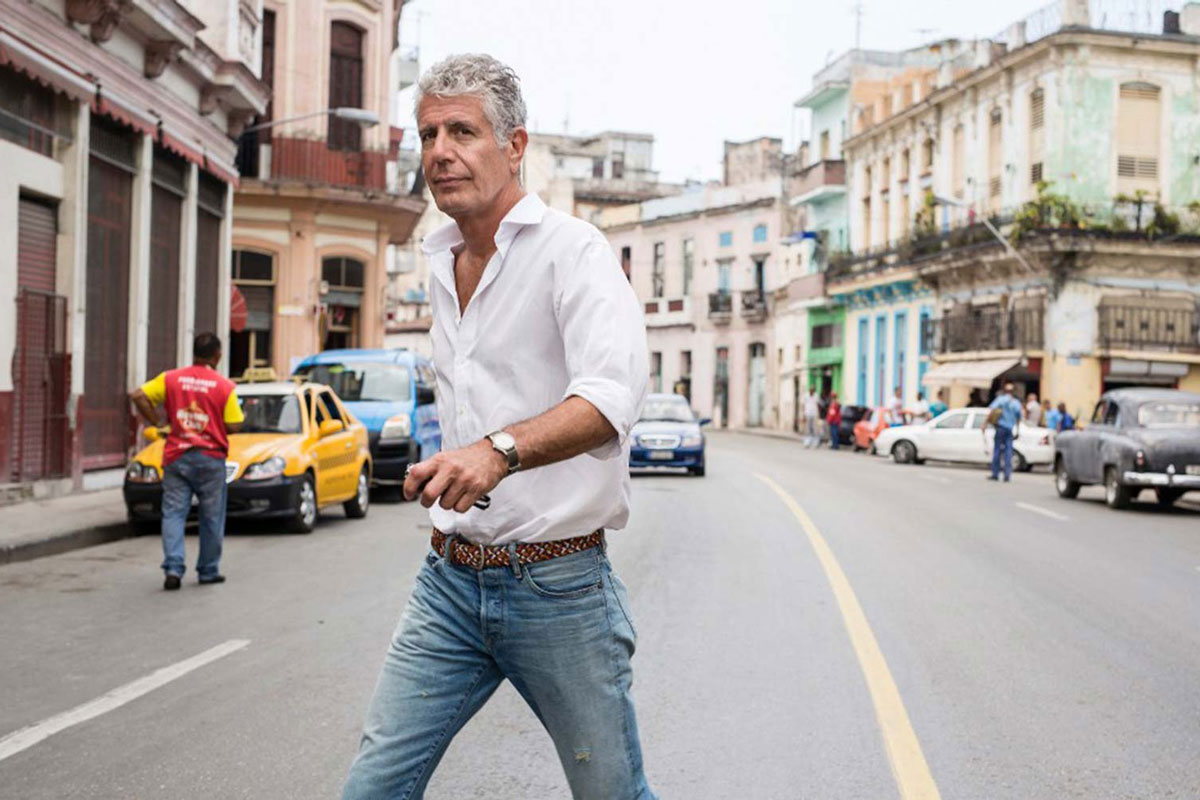 The late Anthony Bourdain did the unthinkable in the 90s in New York.

The only crime worse, at the time, for a chef to commit, than the “bubbling shite-buckets of brotastic douchebaggery, lies, homophobia, racism, sexism and cronyism” that were all going on, was to appear on TV, one fan put it.

Bourdain did that and then some, risking his career to expose the industry (and, most famously, what chefs thought of customers).

The aforementioned fan, who took to Quora in 2015 with the following remark, sums up what resonated about Bourdain with people so well: “To take on this industry, to lift the veil and expose the restaurant industry for what it is, even a doped up cook thinks twice before alienating bosses, coworkers, and the dining public.”

“Worse, cooks in NYC’s 90s were untouchables, lower than dirt, easily abused and replaced stooges for the criminal underbelly of the city, lightly wrapped in a teamster/union fake cover of legitimacy. Mentioning any of this wasn’t generally a good idea, either.”

The rest is history, with Bourdain becoming the food-travel show host and celebrity the world has come to remember today.

His travel antics endeared him to a whole new audience: Those With Itchy Feet. One of the quotes from his posthumous book World Travel: An Irreverent Guide shows why.

Bourdain was all about keeping it real – something the following insight demonstrates well.

In World Travel: An Irreverent Guide he reportedly wrote about Paris: “Drink some wine, walk around a bit more, eat, and repeat. See? It’s easy.”

According to Traveller, “In the France chapter of ‘World Travel,’ Bourdain instructs tourists in Paris to do one thing: stop.

“Don’t pack your itinerary with a destination’s highlights unless you want to miss out on its magic. Instead, slow down and savor a new place. Grab a seat at a sidewalk cafe, at the end of a dive bar, on a city park bench, and take it all in.”

This quote clapped us over the head on a recent trip to Adelaide. The realisation? Though ‘Australia’s Andalucia’ doesn’t quite have the intricate architecture of Southern Spain, when it comes down to it, that’s not what’s going to make or break your trip.

What is? Who you’re with and what you tickle your tastebuds with.

RELATED: I Went To Australia’s Andalucia. It Ruined Me For Life

As the world (very) gradually gets back to normal again after the pandemic, this advice is worth keeping as a souvenir.

I, for one, will spend less time trying to copy Instagram influencer’s antics, and focus a little more on enjoying the moment (unless I’m there for work…).

RELATED: I Went To NSW’s Most Instagram Famous Waterfall. It Was A Complete Disaster

Another Bourdain quote we suggest you allow permeate your noggin is the following. As reported by CNN Travel, “Towards the very end of the Bhutan show [of Parts Unknown], as Aronofsky and [Bourdain] are placing small terracotta votive stupas in sheltered crevices on a secluded cliffside, Tony says, rather wearily, ‘I know, it’s beautiful. I’m glad it hasn’t been f**ked up yet by the world.’”

Travelling with a little less impact (and taking a more ‘sit back’ approach to sightseeing) isn’t a bad place to start, if you want to (try) and stop this happening.