Every man has dreamed about driving a tank at least once in their life. Tanks are indescribably cool, in the same way dinosaurs and rocket ships are.

But few men ever get the chance to actually drive, let alone own a tank. For example, even if you go to the palaver of joining the Australian Army and make it through basic training as well as the Armoured Crewman Common Course, you might not even get assigned to a tank. You might end up driving an armoured personnel carrier or combat reconnaissance vehicle – cool, but not quite the same as a tank. Plus, you don’t even get to own the vehicle you drive.

Fortunately, you don’t need to join the armed forces to have your very own tank, thanks to this crazy yet entrepreneuring Queenslander.

Tambourine man Tim Wood, former Australian BMX champ and founder of tourism company Tank Ride – which, as the name implies, is in the business of letting people ride tanks – is selling off a few of his multi-tracked marvels to anyone who’s got the need for all-terrain domination.

Three tanks are up for sale, all Centurions: a British design that’s seen service with a variety of militaries around the world 1946 to even today. Centurions were the main battle tank for the Royal Australian Armoured Corps from the Korean War to the Vietnam War, but were phased out in favour of the German Leopard 1 (which itself was replaced with the American M1 Abrams, the army’s current tank).

One is a Mk3 Centurion that’s seen a partial restoration, and the other two are Mk5s that have both seen action in Vietnam. One has been converted to a ‘trainer’ after its turret was blown off: one of only three Centurions constructed by the Australian Army and the only one that still runs, Woods says.

RELATED: Australia’s Cheapest Mercedes-Benz G-Wagen Now Up For Sale In Perth… But There’s A Catch

Each weighs around 52 tonnes, has a top speed of 35km per hour and guzzles two litres of petrol every 100 metres – so just the trip back from Tambourine to Brisbane would cost around $2,500, The Daily Mail relates. And before you ask, yes, it’s legal to own a gun tank in Australia, as long as the gun isn’t functional. Good luck taking it on public roads, too. 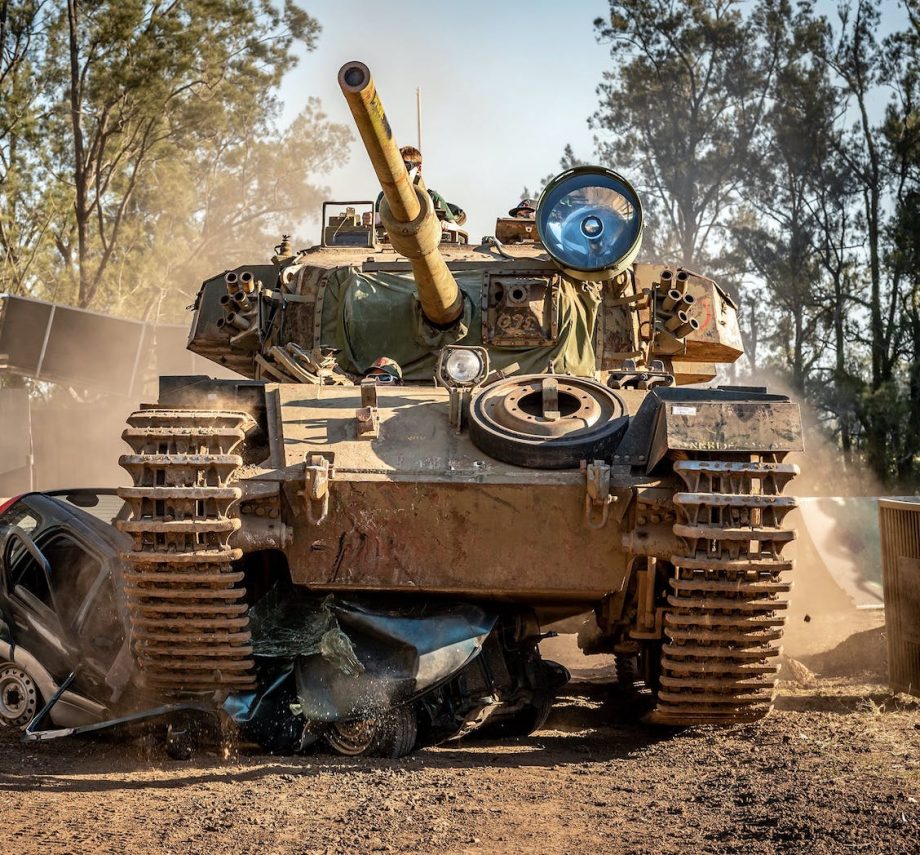 If you don’t have the room in the garage for a tank – or think $85,000 is a bit pricey – a more affordable way of getting in on the military vehicle fun might be to buy a Land Rover Perentie, which you could even convert to a ute if you were so inclined.

But if we’re being honest with ourselves, as cool as Perenties are, they’ve got nothing on a tank.

Get in touch with Tim on Facebook if you’re a serious buyer and want to bite the bullet. Pun entirely intended.