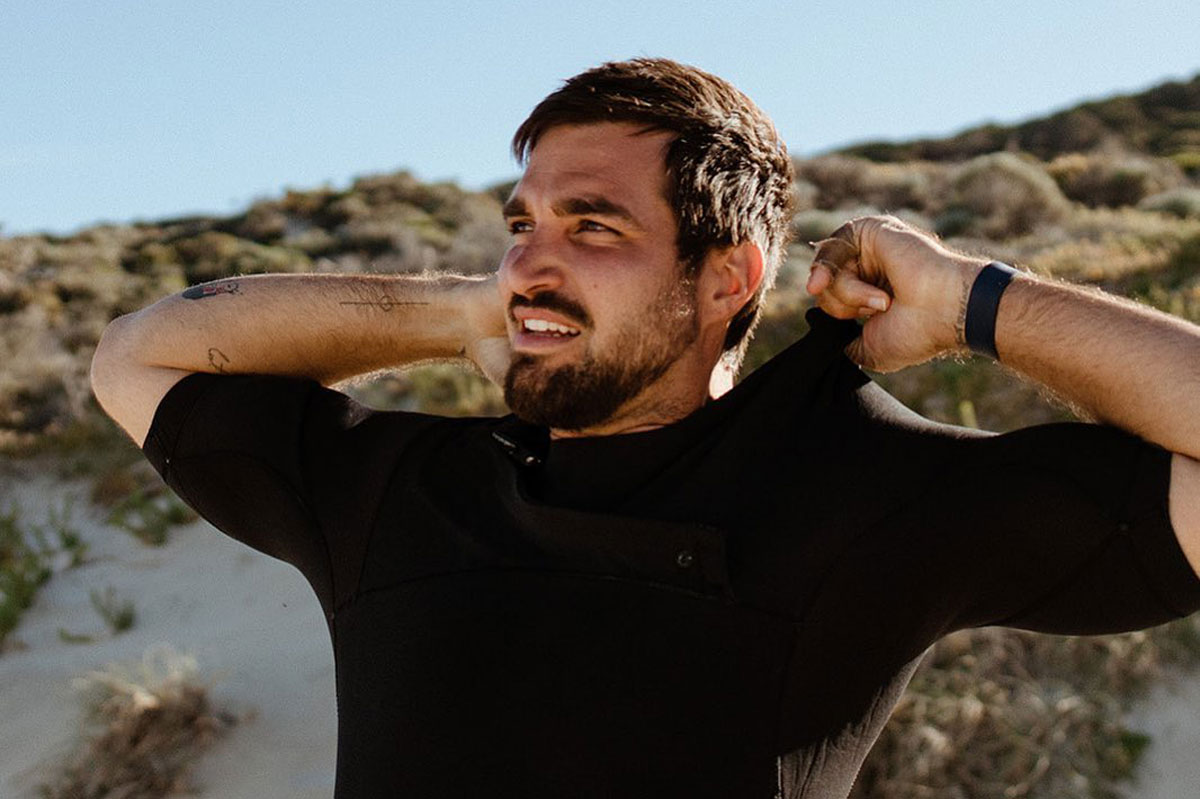 Mental health is a conversation that has become more prevalent than ever. What was already a highly important subject has had extra attention placed upon it in the previous 18 months, what with that pandemic turning our lives upside down.

2020 not only forced us to take a look at our own mental health but to check in with others to see how they’re doing. One such Australian charity that places a serious emphasis on asking someone else how they’re doing is R U OK?. Set up by Gavin Larkin in 2009 in response to his father’s suicide – and who unfortunately passed away from cancer himself in 2011 – R U OK? seeks to ensure people can connect with one another and to lend an ear or a helping hand for anyone in need of support.

It’s an important charity. 9 Australians die every day by suicide, 75% of whom are male. Suicide is also the leading cause of death for Australians between 15 and 44.

To help further spread the message of R U OK?, the charity has a number of high-profile ambassadors, including former Richmond Football Club and Sydney Swans AFL player Tom Derickx. With his own stories and experiences from which to speak, Tom is a perfect fit for the charity, and DMARGE was able to spend some time talking to him, to learn how to start asking others the right questions more often.

Tom admits that he was always “quite naive” about the topic of mental health. “I didn’t know much about it, about the symptoms of anxiety and depression. Being an athlete, you kind of combine the symptoms of depression with fatigue, and think ‘maybe that’s come from training’, and you might not be aware that it’s actually a mental issue.”

“I knew I was struggling, but I would just think it was something in the air. I’d go back home to Dunsborough (in Western Australia) and think, ‘oh that’s better’ so really it was just the environment I was in [that was causing my problems].”

“So I just started learning about it and I kind of got obsessed with learning about it. Symptoms and ways to combat it. I learnt how a lot of good players deal with it and now I just like talking to people about it.”

“I wish I knew what I know now when I was a professional athlete. I would have been a much better footballer if I was doing the stuff I’m doing now, just being more open and honest about mental health.”

Naturally, the world of sports and athleticism is tough. And there is a culture of toughening yourself up to succeed. Though, to a degree, there is some necessity to this, when “toughing things out” is the only tool in your emotional and psychological belt it can cause massive problems. This viking mentality, Dr Lars Madsen of The Mindshift Foundation has previously told DMARGE, is “not helpful” when used in every facet of your life.

It’s imperative to know how to open up, ask for help; be vulnerable too.

He added, “We know that men and boys are much more at risk of suicide than women, more at risk of going to jail, more at risk of dying in car accidents, risky behaviour, developing mental illness, being locked away, dying from violence, having drug and alcohol problems etc. So men, when you look at almost every mental health marker across the board, are struggling.”

In response to the topic of toxic masculinity, Tom shares: “It’s something I’m passionate about now and as uncomfortable as it is for me to talk about sometimes, I can see how it can impact guys that are masculine. The ‘I don’t want to talk about it’ sort.”

“These tough guys see it as a weakness [to talk about their emotions] but if we slowly start cracking away at them, they get to experience the benefit of opening up. I’ve been there, so I know I can slowly help them.”

“It’s why I joined the R U OK? platform and carried out the work I have. I’m quite fortunate, growing up with a good family and in a good country, but I’ve also dealt with mental struggles and I put a lot of pressure on myself which caused me to get anxiety.”

“I think if I didn’t use my story as a bit of an educational piece for other men like me, it would be a bit of a waste.”

“One of my biggest messages that I preach is about connecting with others and community. I’m lucky to be surrounded by awesome family and friends, and we’re all very vocal about how we’re going, where we’re at mentally and physically.”

On the subject of connecting with others in the community, we asked Tom what he would say to guys that go to the gym, put their headphones in, and potentially mask anything going in their lives for an hour a day while they pump some iron.

He tells us he can be “a bit of both. I like socialising but I also like to be in my own space with headphones in. When I talk about community, I mean being part of something that you can rely on, where you can have someone to have a chat to, whether it’s good or bad.”

“It’s good to have a buddy and to hold each other accountable, being around someone or a group of people you’re comfortable with is so beneficial when you get to a point where you need to talk. People can read the signs a bit better if they’re around you a lot more.”

If you’re someone who thinks they need to talk to someone, but isn’t sure how to approach the topic, Tom shares it’s best (as hard as it may initially seem) to be “as open and as vulnerable as possible.”

“Originally it was quite difficult for me, but then I saw the benefit when my friends starting opening up to me, so I think it’s just about being in that comfortable environment where you can talk. If there’s a relatable topic it can make it easier, or even just having another beer, it can help to open the door.”

“You might even think, ‘you know what, neither am I mate?’, if they say they’re not ok. It’s just about making an environment where you’re comfortable to talk.”

“You could even put something out on social media. The great thing about that is you can tell anyone anything you want to tell them, and the next time they see you, they can be open and honest with you.”

“Or if you notice your mate isn’t showing up at the gym, or they’re acting a little bit out of character, it’s a good chance to ask ‘are you ok with that?’, something not so broad. It’s about adapting to each individual.”

Asking someone if they’re ok can be a hurdle in itself for some. ‘When is the right time?’, ‘what if I offend them?’ or even ‘what if I don’t have the answers?’. To that last point, Tom says it’s fine to not have the answers. “You don’t have to be like ‘oh yeah I’ve been in that situation too’, but just be more like ‘That sounds tough, let’s figure out how we can set up a plan to get you through it, but I appreciate you talking to me about it.”

Tom also speaks to the benefit of having a daily routine. We likely all have some sort of daily ritual, whether it be breakfast at a certain time or a gym class. For Tom, it’s meditation. “I’m still learning, but I’m interested in those sort of areas, but I just try to get up at the same time every morning, I do two 20 minutes of meditation a day, one in the morning and one in the arvo.”

“Then I’ll just do something active, whether it’s a run or a stretch, and I make sure I jump in the ocean, just to get the body moving.”

“I try to not look at my phone until I’ve done all that stuff. I think that’s a tough habit to get out of, but I think it’s an important one.”

“It’s all about creating a habit so it becomes second nature and once you stop, you really notice it. I’ve just been at home for 5 days and unable to stick to my routine, so I feel a bit of whack, so I’m looking forward to getting back into it.”

Tom now makes up one half of Australian dance music group Kayex, which he finds offers a fantastic outlet to express himself, and which he finds meditative. He adds that it gives him purpose, and for him, “purpose is the most important thing to being a good human.”

R U OK? is currently holding a Tread As One event with Australian fitness studio chain Anytime Fitness. Between 15th and 22nd May, Anytime Fitness are inviting Australians to walk, run or even dance on a treadmill to clock up as many kilometres as possible, to help reach a goal of $650,000 to help with suicide prevention.