‘Australian fashion’ used to be considered an oxymoron, particularly as far as Europeans were concerned. In the 21st century, however, Australia is a rather fashionable country, with mainstream interest in style at an all-time high.

But our passion for fashion has come with its own cost – one a bit more meaningful than cultural cringe.

According to research conducted by leading denim brand Levi’s, over 30% of Australians currently own between 50-150 pieces of clothing items – a whopping amount – but of all those, only 55% of them actually see regular wear. On top of that, their research’s key finding was that more than half of all Aussies surveyed admit that about 10% of the new clothes they purchase are only worn once, or not at all.

In essence, Australians are buying too many clothing items and not wearing them enough, which is not only incredibly financially irresponsible but truly terrible for the environment.

“It’s been estimated [that] the global fashion industry creates 20% of the planet’s total water pollution, and 10% of humanity’s carbon emissions,” Levi’s relates.

Water usage is perhaps the biggest issue facing the global fashion industry. Not only are the materials, production systems and packaging of clothes all incredibly water-intensive – a single pair of jeans alone can take as much as 7,000L of water to produce – but they’re also highly polluting, from the agricultural runoff produced by cotton to the chemical waste caused by the dying process or even the microplastics clothes release when washed.

This problem is exacerbated by the popularity of fast fashion brands, whose business model revolves around making cheap, disposable clothes. The less durable the clothes, the more clothes have to be produced, therefore the more the industry pollutes. It’s a vicious, harmful dynamic. 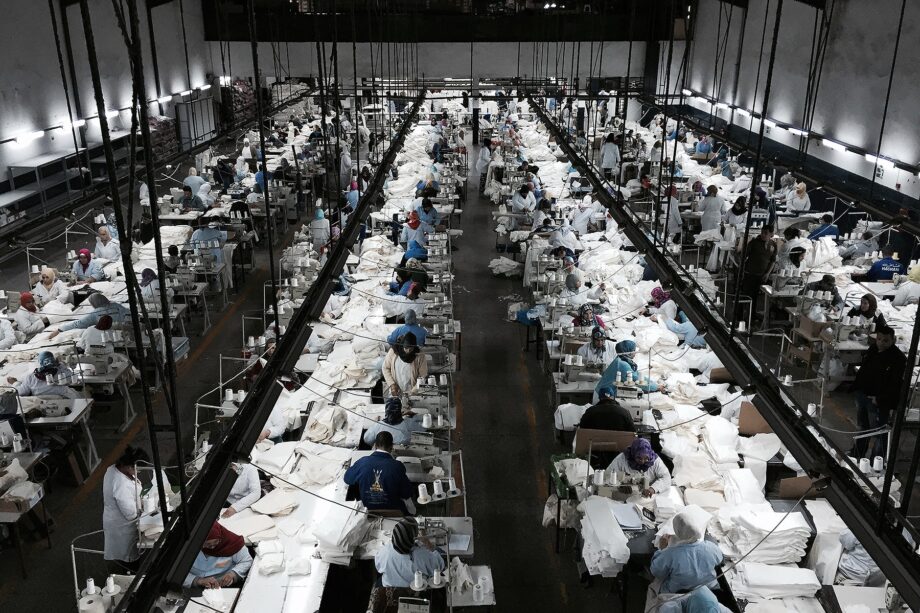 One of Zara’s textile factories in Morocco. Fast fashion brands like Zara are some of the worst offenders when it comes to pollution. Image: Business of Fashion

That’s to say nothing of the industry’s carbon emissions or contributions landfill – or, from an even more holistic perspective, the ethical cost of the sort of labour conditions that modern clothing items are often produced in…

Another key finding from Levi’s survey: when asked about what they do to the clothes they don’t wear anymore, the majority (70.4%) of Australians opt for a trip to the local charity bins, with more than one in four (28.1%) relating they simply leave unwanted clothes in their wardrobe and do nothing about it.

On the surface, this seems like a good thing. If clothes are just taking up space in a wardrobe, that might be wasteful, but at least the clothes aren’t becoming waste. On top of that, the fact a majority are donating their unwanted clothes would seem like a good thing.

But the reality is that a huge amount of clothes donated to charities like the Salvation Army or St Vincent de Paul end up being thrown out anyway, either because the charities themselves are overwhelmed and don’t have enough space for all the clothes they receive, or because the clothing items are of such poor quality anyway that they can’t be recycled and rehomed.

What’s the solution? Wearing and buying fewer clothes of higher quality; recycling, repairing or thrifting; and choosing versatile clothing items that you can wear in many different contexts and on multiple different occasions.

Some brands have shown more leadership than others in this space. Denim brands such as Levi’s and Nudie Jeans actively encourage customers to wear their products longer and increasingly offer more environmentally friendly products made with hemp instead of cotton, for example. Industry Of All Nations‘ signature undyed, unbleached cotton items provide an aesthetic as well as sustainable point of difference. Patagonia has long encouraged customers to return products to them to be repaired instead of thrown away.

Of course, buying fewer clothes will not only help the planet but keep your wallet looking fatter, too. Food for thought…