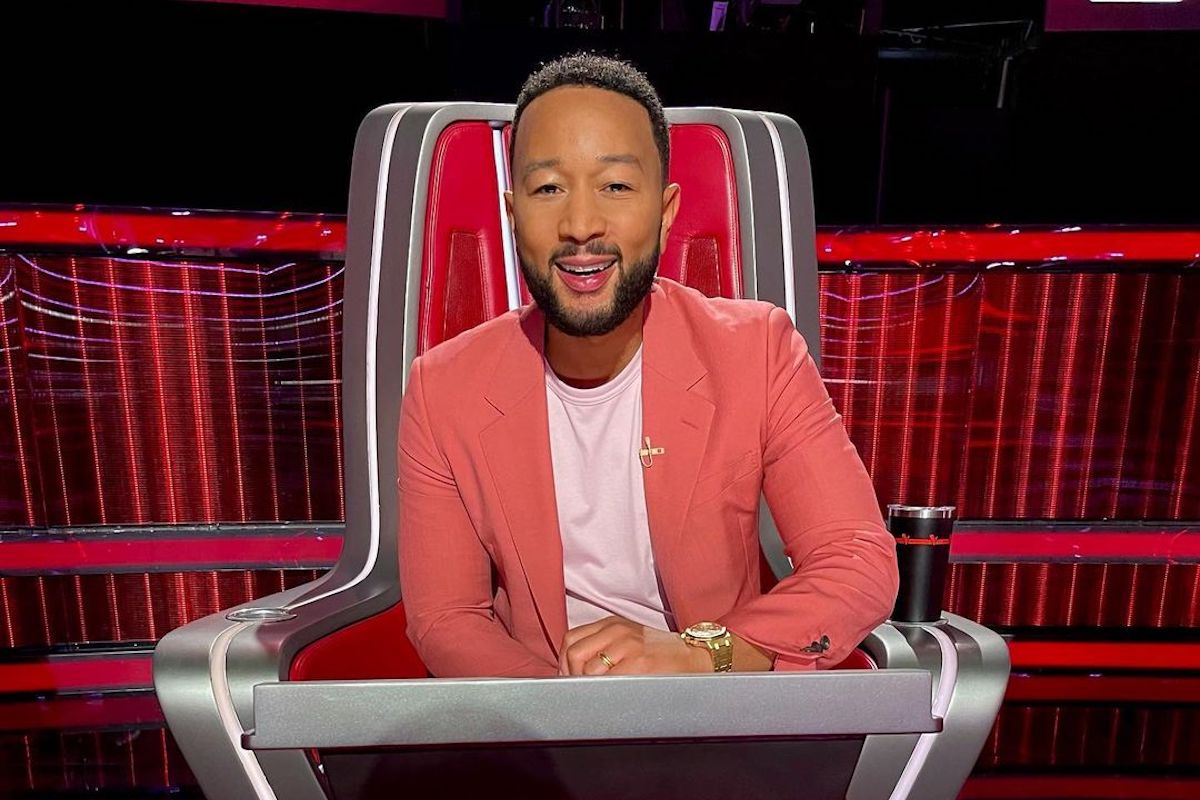 The Legend of John enters yet another exciting chapter with this latest sartorial experiment.

The 42-year-old crooner (real name John Stephens) is not only one of the most talented musicians alive today: a singer, songwriter, record producer, multi-instrumentalist, producer and EGOT (i.e. an Emmy, Grammy, Oscar and Tony winner)… But he’s also one of the most fashionable male celebrities on the planet, serving up style inspiration even more impressive than his vocal range.

Take this 1950s-esque souvenir jacket he rocked on the red carpet, this tasty overcoat he paired with a very retro mohair sweater or this exceptionally dapper leather flight jacket he wore during an episode of The Voice, the successful TV talent show where he’s one of the four main judges.

Speaking of The Voice, Legend’s latest appearance on the show heralded yet another winning fit – one that more boring men would be too intimidated to wear.

With some help from his talented stylist, David Thomas, Legend wowed the crowds in a warm pink Alexander McQueen suit, which he paired with some Chuck Taylor-esque sneakers from the same brand plus a Comme des Garçons t-shirt and his gold Audemars Piguet Royal Oak Chronograph: a truly luxurious and fashion-forward ensemble.

In 2021 you’d think men would have abandoned their prejudices against pink, but many are still reluctant to wear the apparently ‘feminine’ shade.

It’s a shame because pink is a rather versatile colour to base an outfit around – case in point, Legend right here. It’s perfect for a smart-casual look like this one: summary, playful but not too garish like a bright green or orange might be, for example. Pink also suits a wide variety of complexions and builds, unlike some other colour palettes.

RELATED: How To Wear Pink, No Matter The Occasion

Other celebrity style icons who have been rocking pink suits lately include fellow musicians Justin Bieber and Finneas O’Connell (Billie Eilish’s brother and collaborator) as well as actor Colman Domingo, among others.

Aside from The Voice, Legend’s other big hustle has been building his own wine brand, Legend Vineyard Exclusive, in collaboration with acclaimed Napa Valley winery Raymond Vineyards. He’s not the only celebrity who’s entered the wine game, either: check out Daniel Ricciardo’s tasty new collaboration with St Hugo.