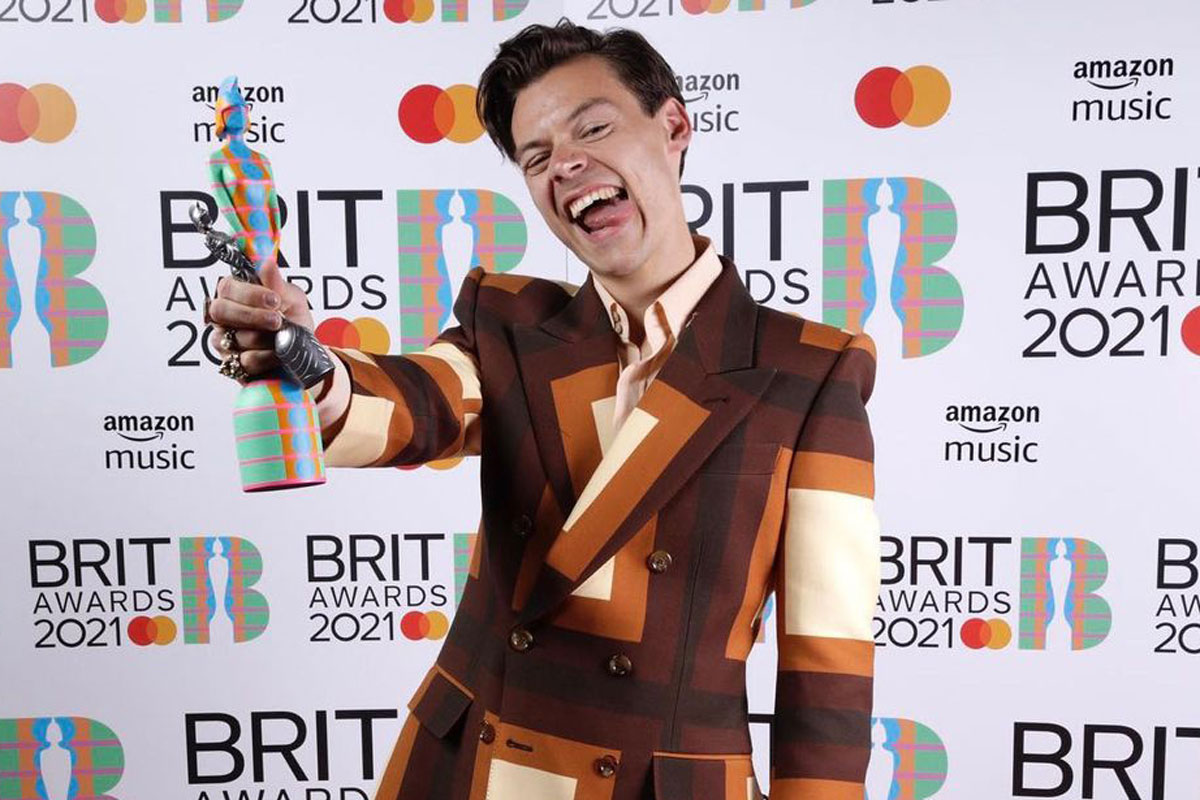 Nothing makes an insecure straight man more uncomfortable than being asked to hold his girlfriend’s handbag.

Harry Styles seems to be on a mission to change that.

The successful solo artist, actor and global megastar has found himself a trustworthy ally in Gucci Creative Director Alessandro Michele, with the man at the helm of the Italian fashion house often using Styles as a walking mannequin to show off upcoming collections.

One such collection is Aria, an upcoming wardrobe of ready-to-wear clothing for men and women, which draws heavy inspiration from all things sartorial. It’s a bold collection no doubt, with Harry Styles rocking a matching suit jacket and pants for his appearance at the 2021 Brit Awards, held on Wednesday, May the 12th at The O2 in London.

What really caught our eye this time though is the former One Directioner’s choice in accessories.

Seeing Styles in head-to-toe Gucci is nothing new. Previously donning lace outfits and Mary Jane shoes, Harry is proof that it’s all about confidence when stepping out to make style statements. But his inclusion of a handbag (again) has now got media speculating this look could spread to the public.

The handbag is slated to be the start of a new men’s fashion trend.

We’ve become so accustomed to Styles’ unique sense of style, that seeing him posing with a handbag isn’t as surprising as it may have been just a few years ago. While we may be in appreciation of Styles’ style moves, it seems some are still yet to come around to the idea.

With comments on Upscale Hype’s Instagram post including the likes of “This ain’t it, Harry’s stylist,” it seems there is a long way to go when it comes to everyone being onboard with men wearing what they heck they want.

As for rocking the look yourself – we’ll let you be the judge.