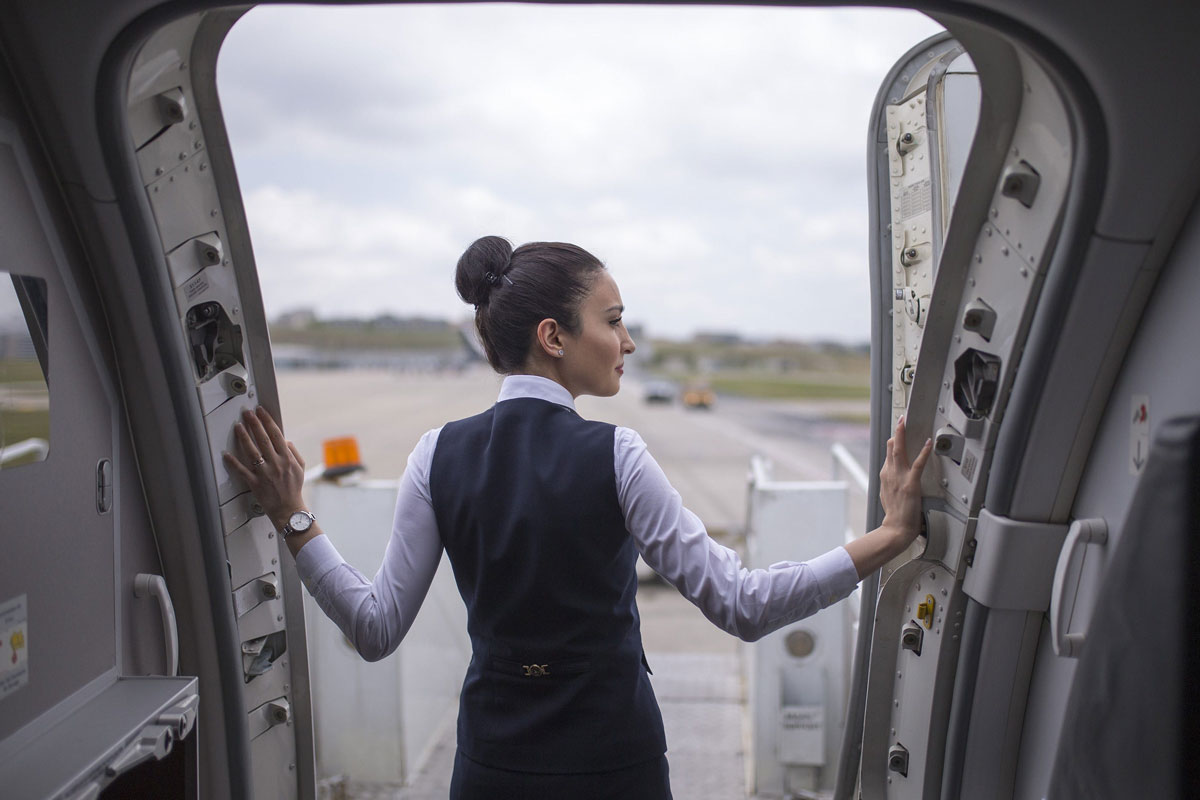 The skies have been shrieking with controversy this year. From a Singapore Airlines business class passenger complaining about the lack of champagne at the beginning of the pandemic (in a Facebook post that went viral) to mask-wearing in the US becoming politicised, it’s been wild.

Enter: the latest hot sauce from American Airlines. In a memo that has royally pissed off flight attendants, the airline has asked its aisle angels to be more conscientious about helping the airline avoid delays.

As reported by aviation blog View From The Wing, “One tip, aimed at flight attendants who are scheduled to work reserve, has incited a anger – and a response from the union. American told flight attendants that they may need to skip meals.”

“You may not have time to stop and get food, etc. on the way to the plane – particularly if you’re called at the last minute, so keep that in mind.”

“Go directly to the aircraft if you are called; do not stop for food or other items on your way unless you have ample time and it will not delay you accomplishing your pre-flight duties and boarding.”

This part of the memo went down badly.

The President of the American Airlines flight attendants union hit back with a memo of her own.

Hers reads: “[E]arlier this week, all Flight Attendants received an insulting company communication attempting to remind us of ‘Moments that Matter’ for the Flight Attendant workgroup. It now seems that skipping food runs on the way to the airplane and monitoring traffic patterns should be our new normal.”

“This company continues to demonstrate just how out-of-touch they are with Flight Attendants, ignoring the fatigue-inducing trip construction and the constant battles over mask compliance. American sees this as a golden opportunity to make our lives more difficult by increasing reserve seniority and throwing 27% of a crew base on reserve instead of working to make our lives easier in this challenging environment.”

“American Airlines seems to have forgotten that Flight Attendants spend the most time with our customers. Flight Attendants have done an outstanding job of welcoming our new leisure travelers that make up a good portion of our revenue and stand ready to welcome back our business travelers, all while attempting to maintain a safe cabin environment. It is time that we are recognized for our work and our sacrifices instead of receiving a callous communication asking us to skip a meal while on duty.”

“It is time for American Airlines to treat Flight Attendants with dignity and recognize the sacrifices we have made to restore American to profitability.”

One Redditor in the r/flightattendants community, who claims to be a Legacy Mainline Flight Attendant wrote: “As an AA FA, I will say this article was taken completely out of context because they definitely just pulled one sentence from an email that was sent to all FAs. The company is asking for flight attendants that are sitting AIRPORT STANDBY (so on premises at the airport, we have 4-6 hour standby shifts at AA for last minute call outs, recrews, etc.) to not stop and get food after CS calls them for that last minute trip.”

“The expectation is for us to go straight to the plane after we get called on standby and not take 20 minutes to get food since we are there for last minute fill ins and we will have been sitting there in OPS waiting for the call. This was not directed at FAs that are not on standby duty. They didn’t say for FAs to not get meals when they’re working a long duty day.”

“But I think most of us can all agree that our health takes priority over being two minutes late for boarding 🤷🏻‍♀️ and it’s more than past time for airport restaurants and shops to start opening up again. The lines the past few weeks have been outrageous, especially with no food service on the airplane so every one is getting something.”

The problem is though, according to other Redditor’s in the thread, that despite the working conditions, there are still so many people who want to work for American Airlines that the company is still turning applicants away.

This isn’t the first time the plight of American Airlines workers has made headlines.

As frequent first-class flyer James Asquith found out the hard way, when flight attendants are not happy with their working conditions, customers can end up spitefully neglected.

Even before COVID, particularly in America, where competition for domestic flights is ultra fierce, airlines were locked into something of a race to the bottom.

The pandemic has only worsened this trend.

Fun times in the skies.