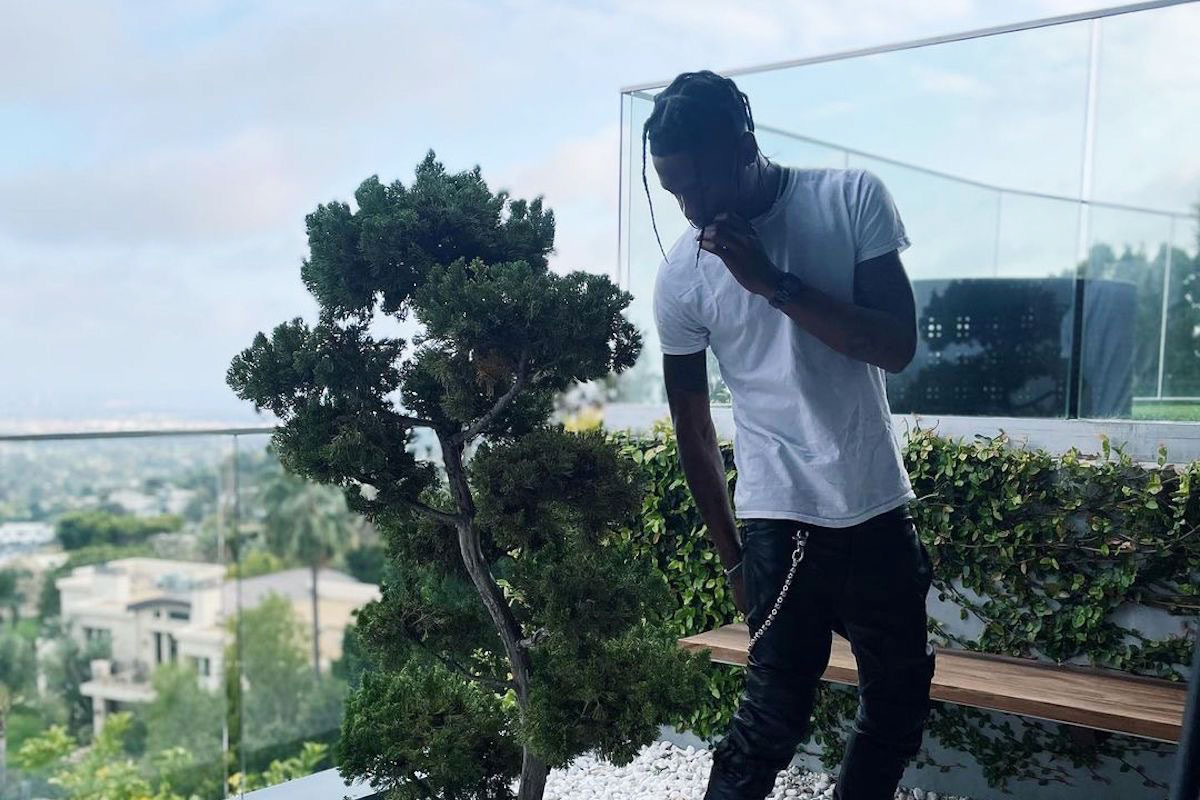 The Year We’d Rather Forget saw the Texan rapper drop a slew of chart-topping singles as well as co-produce the soundtrack for Christopher Nolan’s Oscar-winning film Tenet. He also saw success beyond music, penning collaborations with sportswear giant Nike, fast-food chain McDonald’s and massive multiplayer video game Fortnite. He even teamed up with Swedish luxury fragrance house Byredo on a ‘spacey’ signature fragrance.

The maverick musician’s made a career out of pushing boundaries, and it seems he’s still on that wave in 2021 – this time, reviving one of the most divisive luxury sneakers in modern fashion. Scott shared a photo of himself on the weekend posing on the rooftop of a hotel wearing a simple white tee, black jeans look with a pair of COMME des GARÇONS PLAY x Converse Chuck 70 sneakers.

The ‘CDG Chucks’, a collaboration between the Japanese luxury fashion house’s PLAY diffusion line and the iconic American sportswear brand, used to enjoy a rather exalted place in streetwear culture thanks to their accessible price-point (at least compared to other designer or ‘hyped’ sneakers) and idiosyncratic, playful design.

In recent years, however, they’ve become passé… Making Scott’s endorsement of the ‘people’s luxury sneaker’ a rather surprising move.

His fans have mixed feelings about the sneakers. Some predict that thanks to Scott’s co-sign, the sneakers might become more popular – and more expensive – again. One joked “CDG to the moon now”, parodying the catch-cry of the current cryptocurrency boom.

RELATED: The Best & Most Exciting Cryptocurrency Investments You Need To Know

Others aren’t quite so sold on the sneakers. Negative comments include “my guy’s in 2014”, “man has millions of dollars and still dresses like a high school sophomore,” “oh my god why would you wear those…” You get the picture.

Another pre-empted how dozens of fans are likely to ape Scott’s style: “so y’all gon wear CDG Chucks again because of Travis?”

It’s true that Scott, like other members of the hip-hop pantheon like Kanye West, Frank Ocean and Drake, are huge style icons who have had an immense effect on modern fashion. They’ve got a Midas touch as far as fashion is concerned, and it would not be surprising if CDG saw a bump in sales thanks to Scott’s endorsement.

Maybe Scott’s behind the times, or maybe he’s way ahead of it. Fashion is cyclical… Maybe the CDG Chucks will see a revival?

Scott has produced a number of collaborative sneakers with Nike, including Air Jordan 1, 4 and 6 models as well as takes on the classic Air Force 1. All feature a characteristic earthy colour palette as well as military-inspired features, such as stash pockets and additional fasteners.

His new ‘British Khaki’ pair, which feature a rough suede construction and translucent tooling, are set to drop on Scott’s birthday, April 30th (this Friday). Keep an eye out on Nike SNEAKRS for the drop if you’re keen.