Men’s fashion is a cyclical beast. If you don’t have your finger on the pulse, you can find that what was cool yesterday is passé today… And vice versa.

Something we’ve been seeing over the last few months, in both the Northern and Southern Hemispheres, is a revival of the leisure (or ‘safari’) suit. While the first leisure suits originated in the 1930s on the West Coast of the USA, it was in the 1960s and 1970s that leisure suits became particularly popular, and it’s that era – with all of its excesses and kitschiness – that the leisure suit is most associated with.

Rocking a leisure suit a decade ago would have been a great way to out yourself as an aspiring sex pest, but these days they’re rather in. If you want further evidence that they’re now de rigueur, just take a look at the APRA Music Awards red carpet, which saw one of Australia’s most popular bands scrub up in coordinated 70s fashion. Shagadelic, baby.

Sydney group Liam Cordiale fronted the paparazzi at the awards ceremony in a rainbow of leisure suits. It’s a fun yet still somewhat dressy way to dress for an event like this… And a damn sight more interesting than the uninspired looks most men on the APRA red carpet were rocking. (We’re looking at you, Kevin Parker). 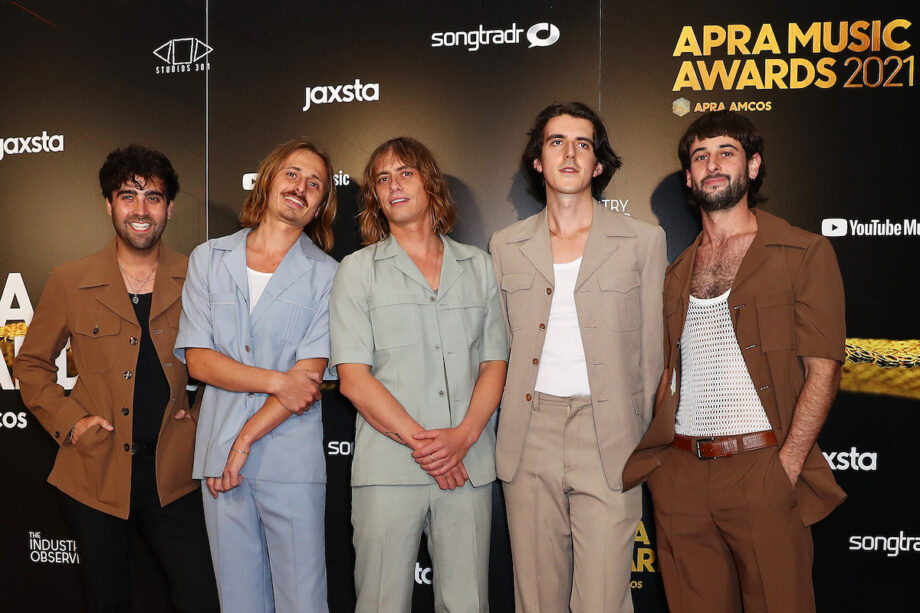 The boys backing the leisure suit like this proves something those in the know have known for a while: the leisure suit is the ultimate smart-casual ensemble. Eminently practical, great for warm or cross-seasonal weather, smart yet playful… We’re a big fan, and we’re glad the leisure suit’s having a comeback.

RELATED: ‘Revolutionary’ Suit Trend Shows The Epicentre Of Men’s Fashion Is Shifting For The Better

Not to be confused with the ARIAs, the APRA Awards is much more of an industry event – a bit less in-your-face or popularly known as the ARIAs, but in many ways, more prestigious.

Lime Cordiale were nominated in two categories: Breakthrough Songwriter of the Year for founding members (and brothers) Louis and Oli Leimback; and Most Performed Alternative Work for their hit single Robbery, from their 2020 album 14 Steps to a Better You, which previously won the ARIA for Breakthrough Artist – Release.

We’re not too fussed about what awards they’re winning, however. They’ve already won our hearts with their leisure suits.