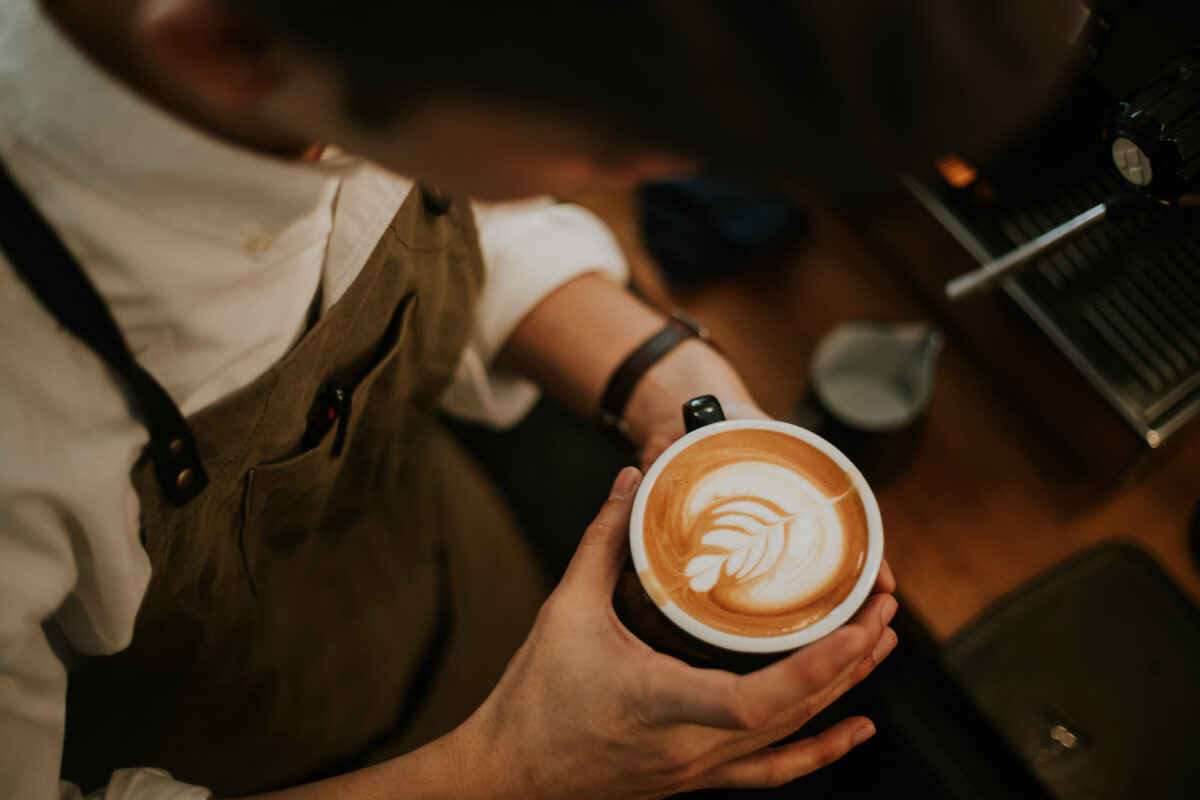 Some snobs look down on anyone who dares to order a cappuccino. Others love nothing more than an iced caffè mocha from Starbucks or Gloria Jeans. Alternatively, you have the desk jockeys who don’t ever branch out from anything more complicated than a flat white… Or the weekend warriors who think liking espresso martinis is a valid substitute for a personality. (Not that that’s really a coffee, but we digress.)

But opinions are like arseholes – everyone’s got one. Here at DMARGE, we thought we’d ask some baristas – those weary, battle-hardened purveyors of caffeine that virtually power the Australian economy – what their least favourite coffees are, as they’re the real authorities on all things hot and brown.

The answers we got were rather surprising.

Matthew Levin, former Australian Barista Champion and bean slinger at ONA Coffee in Canberra, says that his least favourite coffee orders to make are long blacks – which might surprise coffee fanatics who consider this a ‘pure’ option.

“For [all] the effort I put into preparing a single origin espresso extraction, I feel the long black is a let down of everything that’s good about an espresso.”

“I also make a blanket judgement on all long black drinkers as people who don’t appreciate a good espresso (and subsequently feel guilty about judging them),” he sheepishly adds.

“Further, I don’t particularly like making macchiatos. 2 reasons: first is that it is impossible to make it balanced, whereas other drinks e.g. piccolos [or] lattes can be made balanced. Secondly, I think it is the hardest to do consistently.”

Paul Asquith from Josie Coffee in Newcastle has a different order that grinds his gears:

“My least favourite would have to be a dirty chai. It’s the weirdest combo and just plain wrong. It ruins the flavour of both completely. Other additives complement the coffee, chai powder does not.”

For many baristas, it’s not one particular order that bothers them, but a common ingredient, namely non-dairy milks – not because of any prejudice against vegans or anything (necessarily), but purely on a functional level.

“I think I speak for many baristas… when I say our least favourite coffees to make are those containing non-dairy milk,” says Mike Cracknell, owner of Vertue Coffee Roasters in Melbourne tells Broadsheet.

“A strong soy or hot almond latte is challenging. [Cow’s milk alternatives] don’t always act the way you’d like. If it gets too hot they can curdle.”

DMARGE also spoke with Zae Greenwood, creative director at One Hundred Hospitality Group and manager of Sydney’s Three Williams Cafè, who relates that his baristas’ least favourite orders to prepare are those with oat milk specifically.

“It’s got quite a high water content, which makes it really bubbly. This makes it harder to spin… It doesn’t have the same sort of creaminess.”

But are we getting a bit too precious about coffees here? That’s what Asquith reckons, who despite sharing his least favourite coffee order, also related that his fellow baristas can’t afford to be too precious about what they’re serving.

“Baristas need to remember they are in the service industry. This doesn’t mean they have to put up with a [customer] being rude, offensive or presumptuous but they do need to remember where the money is coming from.”

“If we just served what we wanted then we wouldn’t serve much of anything or another cafè will. Cut the righteous attitude.”

RELATED: ‘Humble’ Photo Proves Why Our Coffee Drinkers Are The Best In The World

Indeed, Greenwood relates that he and his baristas don’t really mind using oat milk, as its environmental bona fides far outweigh any minor inconvenience brewing with it.

“Oat milk is far better for the environment than other non-dairy milks like almond… And much better than cow’s milk.”

The reality is that most baristas don’t really care what order you like – which is sure to come as a relief to people who feel insecure about their order.

We spoke with Max Groh from Katering in Sydney’s Inner West, who suggests that baristas are likely less judgy than you’d think, saying “people can drink their coffee however they want.”

What actually grinds his teeth is when people “don’t know their orders” and try to make modifications once the extractors and steam pump have already been set into action:

“I had one guy… ask for a skinny latte, then at the last minute, after I’d already charged him, he asked if he could change his order to an extra shot. All with a queue of people waiting.”

RELATED: ‘I’ve Become Everything I Hated’: Confessions Of A Coffee Snob

Really, we should be less hung up about what baristas (or other people more generally) think about our coffee order and instead confidently back it. Because what really annoys people isn’t other people’s orders – it’s people getting in the way of theirs.

It’s all something to mull over your next orange mocha frappuccino.