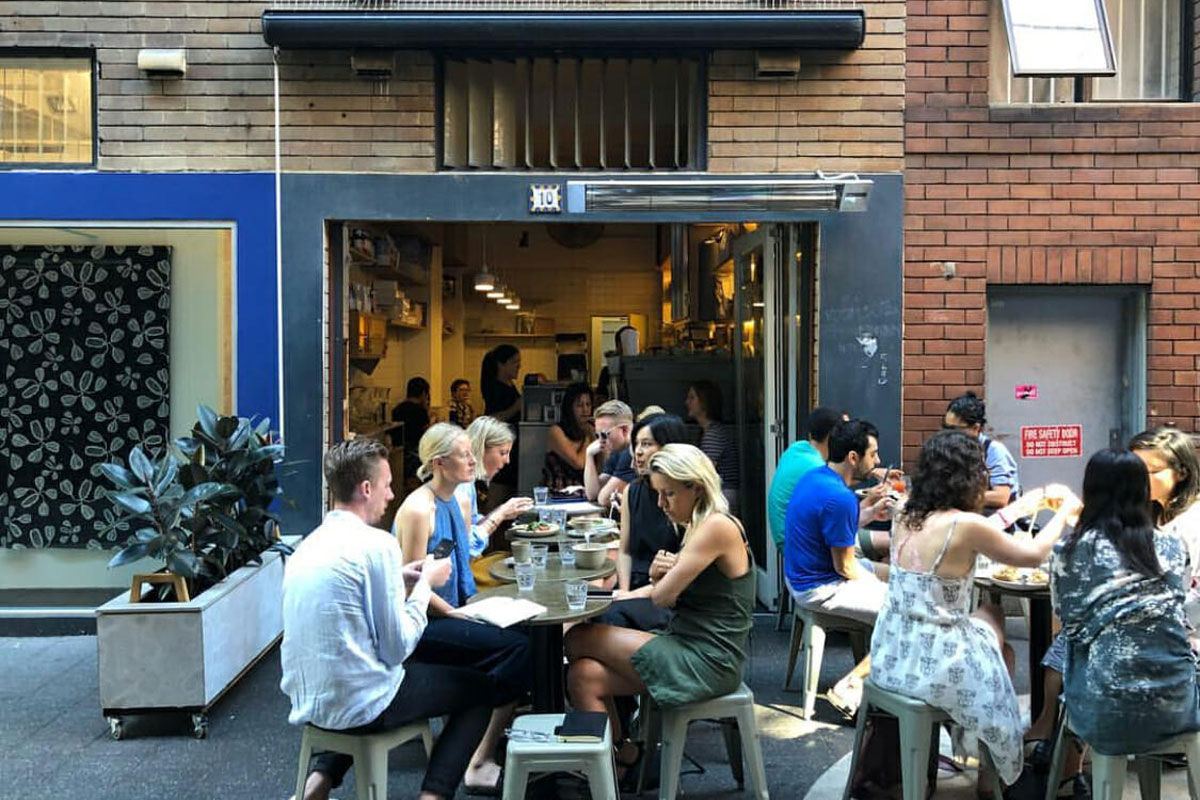 There is a running joke in Sydney that you need a passport to cross the Spit Bridge (the four-lane road that connects the Northern Beaches to the city).

Being from the Northern Beaches, I have at varying points in my life delighted in (and been infuriated by) this ‘insular peninsula’ stereotype.

On one hand, it provides a comforting sense of identity.

On the other, it’s never nice to be a trope.

Case in point: once, when I was 18, I was deeply offended when a Newtown uni student looked at me and said: “You’re such a beaches kid.”

Likewise, when I was 19, on our way home after a night out, a dude looked at my group of friends and yelled to his mate: “Look – it’s One Direction!”

I’ve not felt at home in the city (or worn rolled up beige chinos) since.

At the same time though, I’ve always craved to be accepted in both locations.

My goal? To enjoy the “f*ck off vindication” of looking like a lazy, privileged, surfer – feeling in on a secret the rest of the world doesn’t get – but also enjoy the smarmy sense of belonging a hipster feels in a library. Or something.

After a few years abroad (then a few more years back on the beaches) at the start of 2021 I finally decided to face my demons.

I moved to Erskineville, which is, depending on who you ask, the boring man’s Newtown, a relaxed leafy enclave, or “a place with slightly fewer needles lying around than Surry Hills.”

Here’s everything I learned in my first 30 days of being an Inner West cliché.

You need a bike

On the Northern Beaches you might flog off your old books, clothes and surfboards. In the Inner West it’s all rusty bikes and pot plants.

There are also entire shops dedicated exclusively to selling house plants. I used to wonder how they make money but then I started thinking one might look good in my room…

I’ve also realised that house plants lend your house a nice vibe (during the rare moments they aren’t dying or leaking water everywhere).

I’ve previously waxed lyrical (see: Iconic French Riviera Photo Reveals Freedom Europeans Have No One Else Does) about how much better the mode de vie is in France and Spain compared to the stale, nanny-state we have over here in Australia.

Turns out it may not have been Australia but the Northern Beaches. And; also turns out, though Kings Cross is now dead (was it ever good?) Erskineville and Newtown have more live music and bars than you can throw a coffee dusted Espresso Martini glass at.

It’s also a revelation to realise that here, too, you can walk to a supermarket or restaurant within minutes, rather than driving or getting the bus.

All that said… I still reckon Sydney’s Northern Beaches has the best brunch scene in the world.

Single-speed bikes are out, wood-panelled vans are in…

Despite the rampant ‘single speed’ hipster stereotypes, I have observed very few single speed bikes in the inner city. This is probably because they are impractical (something I am reminded of as I, possibly the only person in Erskineville silly enough to buy a single-speed pushbike, sweat it up the hill to Redfern every day).

Also, even though everyone lives in share-houses to save money rather than get their own places… they then seem to fritter away that money on clapped out (or sometimes not even that clapped out) vans. What gives?

RELATED: I Moved To Byron Bay: What I Discovered In My First 30 Days Of Being A Cliché

On the Northern Beaches spending money is a flex. Here it’s something to be ashamed of.

People in the city are obsessed with nature

It’s a weird reversal – outside everything is concrete, but inside everything is feverishly made to look like verdant woodland. A big change from the Northern Beaches where it’s taken for granted nature is just out the door, but then houses are all full of PlayStations and Plasma TVs.

There may not be kitchen roll or working extractor fans in most Erskineville share houses (or, the two I have visited) but there is always an expensive sound system (and everyone has Spotify Premium).

Oat milk is a way of life

The best alternative to cow nip on the market? Prove me wrong.

Dumping furniture is quite the past-time

General cleanup would appear to be all week, every week…

Waiters can be judgy

I got sass for asking if I could get my Gorgonzola pizza without Gorgonzola. Probably deserved but I can’t help but mention it…

RELATED: The Truth About Why Parisians Are Rude To Tourists

The Ivy is still a trek

When I was living on the Northern Beaches I told myself that when I moved to the city I would make more of my Fridays and Saturdays. I have so-far failed. Last Friday after I went for dinner at Gigi’s, drank wine in the living room at home, then watched Youtube until 2am.

Is Slavoj Žižek an icon or inappropriate? Is veganism ethnocentric or awesome? Break out the popcorn; the battles are endless.

The dinner table conversations are lit

“If you want to hear how far we’ve come as a society, go back and listen to the censored versions of Eminem songs from the early 2000s and listen to what they censor and what they don’t…”

From current affairs to random bands I’ve never heard of (sorry, but I still don’t get Bicep)… there’s a lot to discuss, in Erskineville, it seems.

The ‘Inner West’ world view rubs off on you

But while it’s easy to condemn champagne socialists for the Hezbollah-like fervour and self-assured Tweets, the ones that put their money where their mouth is just might inspire you to remember that Keep Cup for once.

In a house full of vegetarians it was somewhat inevitable. But besides the sneaky kebabs and fried chicken burgers for lunch at work I am now meat-free.

You get judged (supported?) for working too hard

While people I know in Glebe and Bondi love to burn the candle at both ends, in Erskineville I have been questioned on numerous occasions why I’m still on my laptop at 9pm.

Single-speed push bikes are not as convenient as you think

At the risk of repeating myself… the Inner West may look flat… but I wish I had spent the extra hundred bucks to get a bike with three gears.

It may sound tame to those of you that consume enough Ketamine each week to kill a horse, but I’ve always romanticised my dad’s stories of skipping class to listen to Pink Floyd while eating Marmite on toast and drinking black coffee with his best mate in his high school dorm in England in the 80s.

I’ve now found my version of this with a good mate (and epic guitar player) who comes around every now and then and graciously indulges my woeful attempts to improvise off the D Minor pentatonic scale.

I’ve also realised how many more opportunities you end up taking to socialise and network when it’s right there all in front of you rather than an hour’s bus ride away (the day I realised this is probably the day I realised Sydney’s Inner City had corrupted me, and that I wouldn’t be heading back to live on the Beaches for a while).

At the risk of sounding out of touch… having to drive to the beach sucks.

It’s not so much Big Little Lies and Game of Thrones as random horror flicks from the 80s.

You get to exercise your spiritual side

I used to think being a hippie was just an excuse for lazy people to be unambitious (or to console themselves when they failed at ‘life’). But my mind is now open to the benefits of taking mindfulness seriously and pulling back to push forward.

I’ve also been sufficiently convinced that there’s enough wrong with the world (and enough blinkers on the ‘way of life’ most of us grow up to be taught to value) that taking a principled stand against it all and disengaging isn’t (necessarily) a failing… and can even be seriously impressive.

People talk about their mental health more openly here (the ones I’ve been spending time with, anyway)

Like, full-on conversations. This is something I find mildly terrifying but beneficial. It may still be a while before you catch me on a Vipassana retreat, though…

Kombucha is not as big as expected

Who knew? This appears to be more a ‘Karen’ thing than a ‘Mia’ thing.