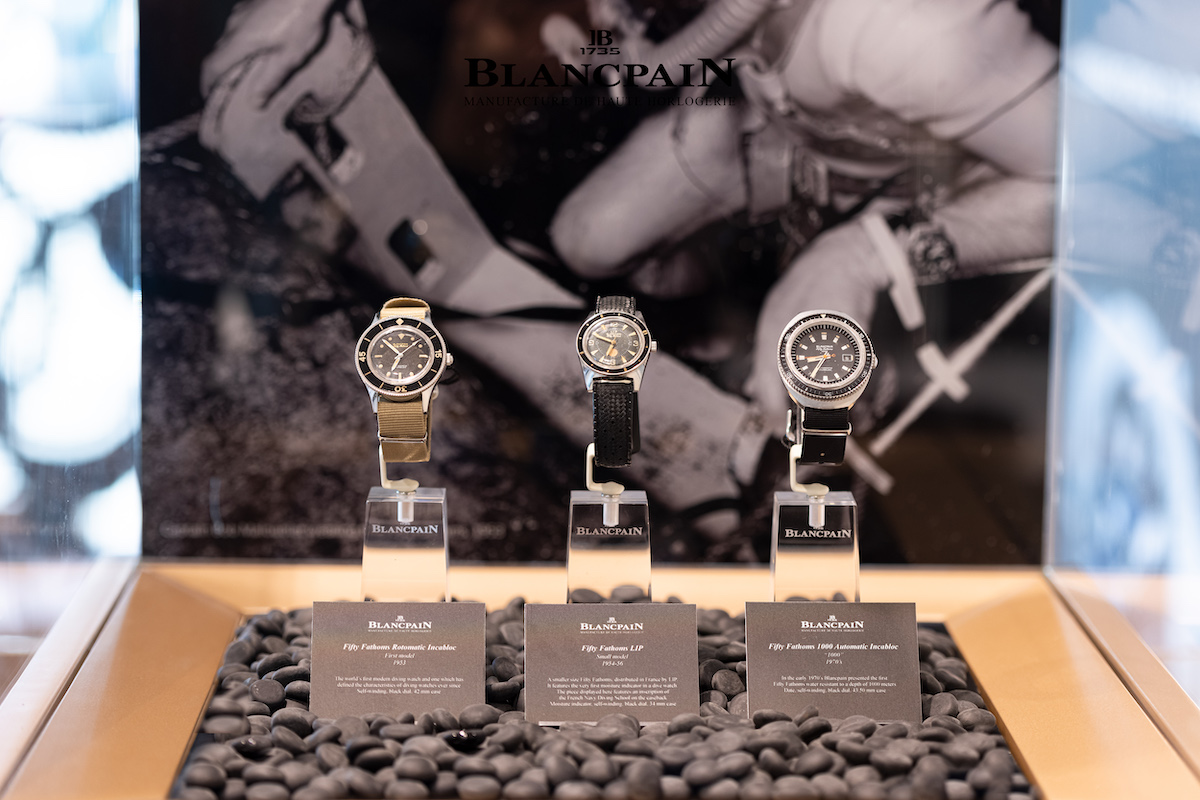 This feature has been produced in partnership with Blancpain and Watches of Switzerland.

Many watchmakers produce diver’s watches, but Blancpain has the singular boast of bringing the world’s first modern diving watch to market – the famous Fifty Fathoms.

Borne out of a collaboration between Blancpain CEO Jean-Jacques Fiechter and French Navy combat divers Captain Robert “Bob” Maloubier and Lieutenant Claude Riffaud, the Fifty Fathoms was a triumph of design. A double-sealed crown; a rotating, locking bezel; an extra-secure caseback and an anti-magnetic inner soft iron case… The Fifty Fathoms’ utilitarian yet handsome design remains an icon.

Over its long history, the Fifty Fathoms has been a canvas upon which Blancpain – the oldest watchmaking brand in the world – has experimented and introduced some of the most novel features in horological history.

In what’s sure to be exciting news for Antipodean watch fans, Blancpain has brought three of its most historically significant models to Australian shores in order to share the story and evolution of the Fifty Fathoms line. These ultra-rare references, on display to the public for the first time in Australia, are in exquisite condition and show off some truly unique features.