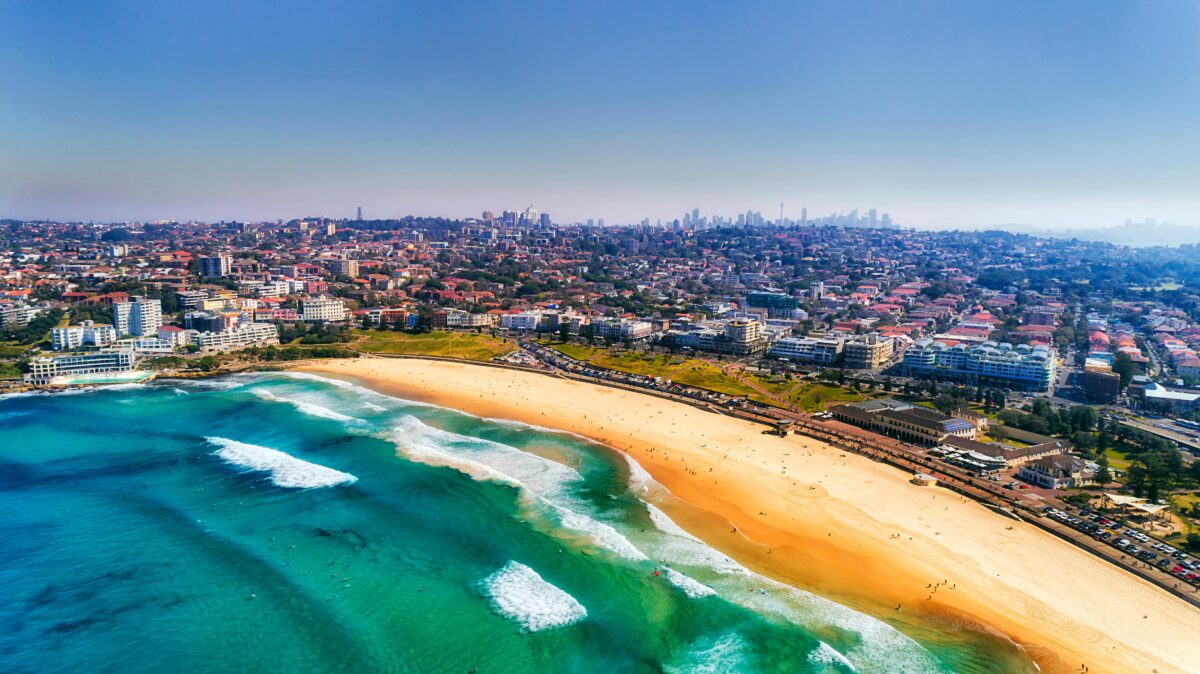 There’s nothing worse than saying “I told you so”… but what about wriggling righteously?

While geography, population size and a citizenry well accustomed to the petty tyrannies of a nanny state may have played more of a role in Australia’s success in containing COVID-19 than our government might like you to think, now more than ever it’s important to celebrate life’s little pleasures.

Speaking of.. while England bans its citizens from jetting abroad, Europe discusses vaccine passports and America sends SWAT teams to Miami’s Spring Break, Australians are – perfectly legally – living it up on the beach.

Case in point: a party that occurred on the northern headland of Sydney’s iconic Bondi beach over this Easter long weekend.

A clip by @bondisunsetmusic shows perhaps a hundred revellers dancing and singing to bongo drums, whistles and a saxophone.

While you might expect such a scene to raise the hackles of authorities (and in some other parts of the country, like Byron Bay, where restrictions are currently stricter, it would have), the event describes itself as (and seems to be) “family friendly” and about “re-connecting people through dance and music” rather than getting wasted.

The NSW government’s “common questions about outdoor gatherings” page, at the time of writing, reads, “Up to 200 people from different households can gather in an outdoor public place such as a park, reserve, beach, garden or public space.”

More can gather if the event follows certain extra rules.

Videos (see: above and below) from travel writer and commercial content editor @escape.com.au Sangeeta Kocharekar show the music could be heard from halfway down the beach.

Sangeeta told DMARGE: “This is the biggest I’ve seen it.”

Photos from previous weeks on @bondisunsetmusic’s Instagram account show smaller gatherings (though getting larger as the weeks go on), as well as the event’s positive integration into the community.

So: after a lifetime of Australians (read: me) coming back from Europe and sneering at Down Under’s ‘nanny state,’ the thong is now on the other foot. We’re the ones who can have nice things (rather than not be able to be trusted with them), and our casual acceptance of authority is apparently to thank.

As we touched on earlier, it’s also worth noting, for those who doubt we really are better behaved – or more community-minded – than any other random slab of 26 million people anywhere, that geography, early lockdowns, a travel ban, a resource-based economy and population density (and size) have helped too.

Some also argue that the true costs of our lockdowns are yet to be realised.

The Australian, for instance, though it appears to love offering a contrarian (or at least, conservative) take on things, offered an interesting perspective last week: “With unemployment almost back to where it was before the pandemic and relatively few COVID-19 deaths in our wake, it’s easy to be triumphalist about our response to the coronavirus.”

However, “[Australian] state and federal government debts have increased by more, as a share of gross domestic product, than any other major developed nation since restrictions began a year ago,” The Australian reports.

The article argues Australian economists provided too much support for government interventions that had limited evidence to back them up.

To make its point, it dissects a comment by Ross Garnaut, one of Australia’s foremost economists, which was made last month to Treasury secretary Steven Kennedy on a panel in Canberra.

Garnaut said: “Experience showed there was no trade-off, the countries that did best dealing with pandemic ended up doing best economically … countries with less health impact did better economically,” pointing to Taiwan, South Korea, China, Japan, Vietnam, Thailand, New Zealand and Australia as examples of countries that have dealt with the pandemic well.

The Australian points out that lockdowns were not the only factor at play.

“Yet all these nations responded very differently, suggesting other factors might explain their relatively low death tolls, such as their location or geography. Taiwan never locked down, while Japan barely tested anyone for COVID-19 relative to Australia and New Zealand,” (The Australian).

“Similarly, in Europe and the US, where deaths tolls were much higher overall, nations and states responded differently, yet trajectories of COVID-19 cases and deaths have been similar.”

The article also claims that silly figures were being thrown around last year. In particular, it cites two economics professors who in May 2020 claimed that the costs of a national lockdown were outweighed by its $1 trillion benefit.

To reach this figure, The Australian reports, they assumed 90 per cent of Australians would contract COVID-19 without the lockdowns and 225,000 of them would die.

“In other words Australia would have had around half the number of deaths as the US, which has 13 times our population, or would have incurred 50 per cent more deaths India has, a nation of 1.3 billion people,” (The Australian).

Food for thought. We’re off to the beach to mull it over…