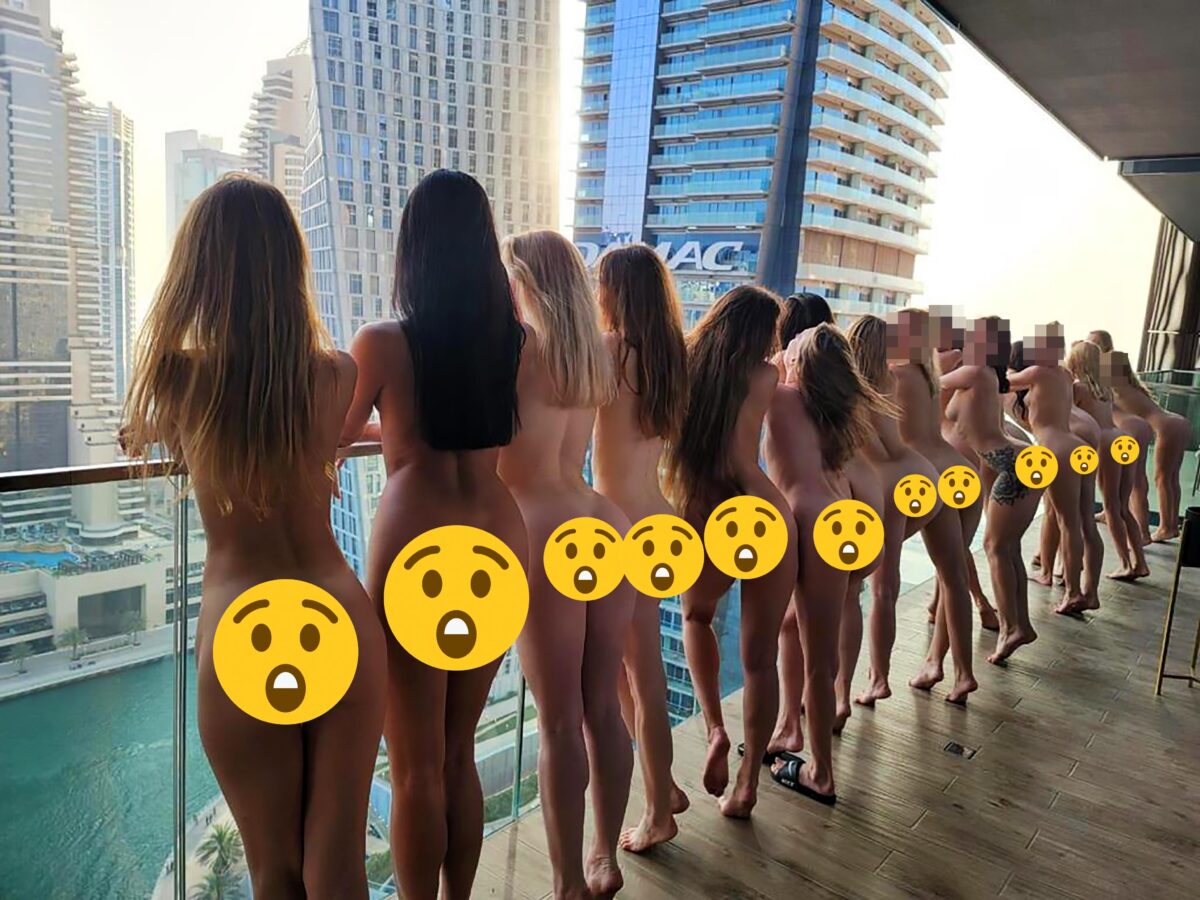 What would you wager for the perfect clip? In recent years we’ve seen filmmakers risk everything from cliff edges to public shaming to rack up their view counts.

We now may be able to add public debauchery to this list. Why? A group was arrested over the weekend in Dubai after an outdoor nude photoshoot, rumoured to be part of a publicity stunt for an adult website, was captured from a neighbouring building.

Footage posted online on Saturday shows a group of women having their photo taken on a balcony of one of Dubai’s skyscrapers.

Only in the marina do you find a bunch of fools #Dubai #dubaibalcony https://t.co/ZFuWzpkRWk

State-linked newspaper The National reported it could be a publicity stunt. Tweets by users like DC-based journalist (and former Dubai guy) Bernie Debusmann appear to support this version of events.

Am now being informed by sources that it’s a publicity stunt for the Israeli version of a US adult website (which I won’t name, but is very public and prominent and often in the news). *Highly* illegal in Dubai.

The BBC reports, “Eleven Ukrainian women are among those detained,” (information passed on by the Ukrainian consulate) and that “a Russian was also detained,” (per Russian media).

Mail Online reports there were “some 40” models involved.

The incident came as a shock in Dubai – a city where people have been jailed for much more docile displays (like kissing in public or drinking alcohol in the wrong place).

The incident took place in Dubai’s upmarket Marina district, prompting some Twitter users to reminisce about their own experiences there.

I hear that Dubai Marina has gone downhill since I left. My balcony was a sea of innocence 😇

The Ukrainian consulate told the BBC it will visit the women on Tuesday.

The Russian man who reportedly organised the shoot has also been arrested and according to Russian news agency Ria faces up to 18 months in prison.

Dubai police said the group has been referred to public prosecutors and that “such unacceptable behaviours do not reflect the values and ethics of Emirati society.”

Journalist Debusmann provided a warning for other social media users along similar lines: “The pictures from inside the apartment certainly aren’t for sharing publicly, people. Dubai friends, be smart about this one. I’ll refer you to the case of ‘drunk Brit gets naked at bar for World Cup’ and the video chaos that ensued.”