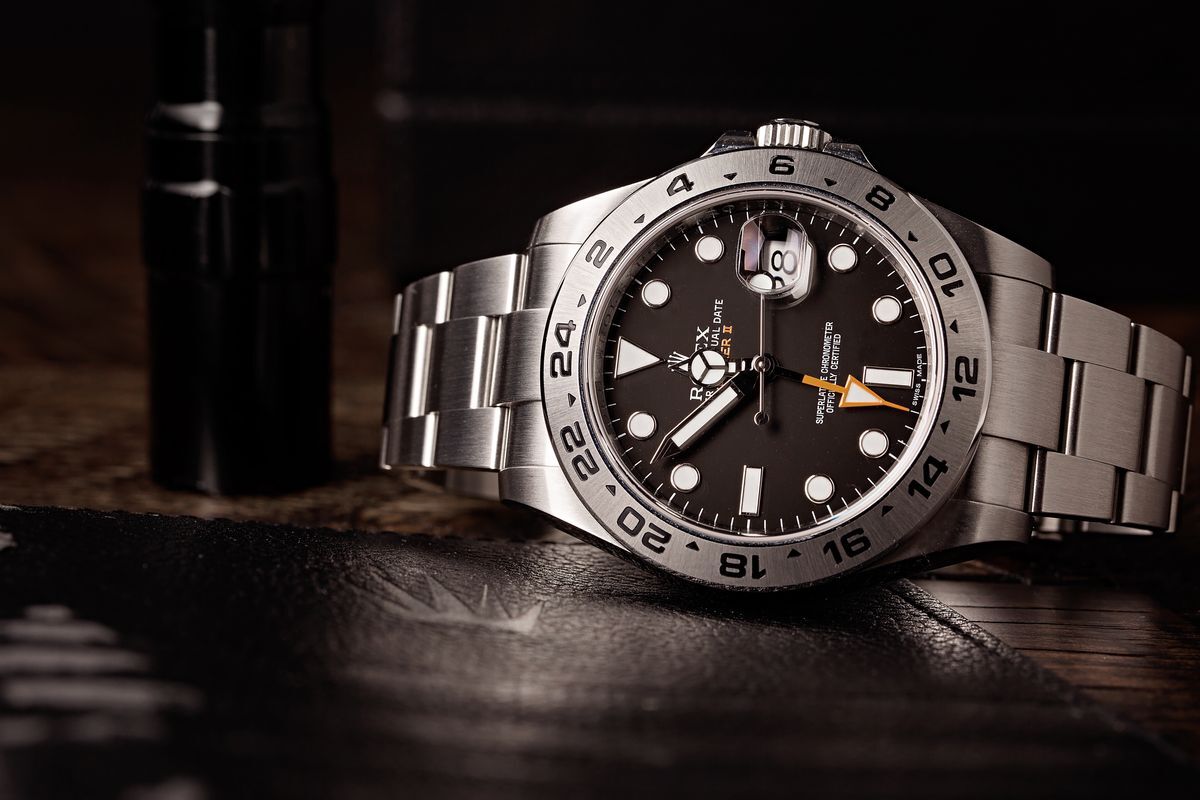 Watches & Wonders – formerly known as the Salon International de la Haute Horlogerie (or SIHH) – is the watch industry’s most important trade show. Normally held in Geneva, Switzerland, this year’s show is entirely online, running from the 7th to the 13th of April, and any watch fan worth their salt is already strapping in for a week of horological delights.

Forty of the world’s most prominent watch brands are exhibiting at W&W, including names like A. Lange & Söhne, Cartier, TAG Heuer and Vacheron Constantin – but one of the biggest drawcards is undoubtedly Rolex, who joined the W&W lineup after pulling out of rival show Baselworld last year alongside Chanel, Chopard, Patek Philippe and sister brand Tudor.

As the world’s most successful luxury brand, any new Rolex announcement is eagerly anticipated – and naturally attracts a fair degree of speculation. It doesn’t help that Rolex is particularly tight-lipped – although their most recent teaser is pretty bloody blatant.

Much like their September 2020 reveal of their update to the iconic Submariner, Rolex has shared a video that very much suggests that an update to the Explorer II model range is on the way. Alpine imagery, that characteristic blue lume and ‘Mercedes’ hand… What else could it be?

The timing would make sense, too. 2021 marks 50 years since the debut of the original ref. 1655 Explorer II, as well as 10 years since Rolex made any changes to the model (having previously upped its case size from 40 to 42mm). There’s a good chance that Rolex will bump the size up even further, as they did with the Submariner.

Of course, an update to the Explorer range has been on the cards for a while now. Last year, DMARGE reported on how Explorers on the UK second-hand watch market were getting snatched up in unprecedented numbers, suggesting that even then Rolex insiders were preparing for a shake-up.

The other thing fans will be looking out for is news of any discontinuations. 2020 saw the insanely popular Submariner ‘Hulk’ discontinued, so maybe a new Explorer II will see another tool watch disappear. There’s been plenty of talk that the Air-King might say goodbye – although, that rumour was around last year, too…

But we’re living in a time of discontinuations. Patek Philippe recently discontinued the Nautilus ref. 5711, and then Audemars Piguet followed up with news of the Royal Oak ref. 15202ST’s discontinuation. Being that Rolex is the king of the stainless steel sports watch, will they follow AP and Patek’s lead with a shock discontinuation of their own? Let’s hope not.

Three words: watch this space. Or ‘Watches & Wonders’. Either way.