The British Royal family constantly finds novel ways to light a fire in the public’s imagination. From Diana quipping in 1995, “There were three of us in this marriage, so it was a bit crowded,” to photos of Prince Harry playing strip billiards in Vegas hitting the tabloids in 2012, there have been plenty of scandals over the years to shock, horrify and pique interest (and that’s before we even get into the last couple of laps around the sun).

Suffice to say: the Royals are scrutinised for a whole lot more than their fashion choices. What has so far gone without much analysis, however, is their flight patterns. Specifically: the number of air miles the family flies.

Enter: new research conducted by Stratos Jet Charters Inc. This analysis shows which members of the royal family have racked up the most miles in the last five years as well as how many miles the family’s 13 members have accrued combined. 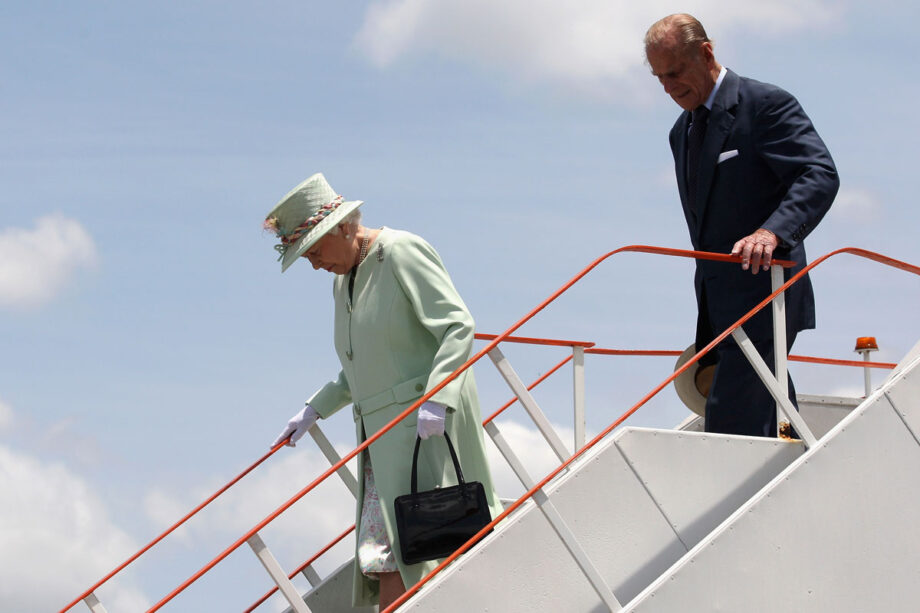 Brisbane, Australia – October 24, 2011: Queen Elizabeth II and Prince Philip, Duke of Edinburgh walk off the plane on arrival at Brisbane Airport. Day 6 of what has been dubbed the Queen’s ‘farewell tour’ of Australia. Image: Getty.

The investigation took into account only the family’s business mileage. But even without including pleasure travel, the household garners some serious numbers in their fulfilling of official duties, trips and tours, and charity endeavours.

RELATED: Dan Bilzerian Reveals How The Wealthy Are Maintaining Their Mental Health During Isolation

Stratos Jet Charters went through the Royal Family’s financial reports from the past five years (from 2015 to 2020), focusing on the official international trips conducted by each member of the ménage, dissecting the number of trips made, the cost of these trips and also the number of air miles travelled for each one.

From this they created the Royal Travel Index (seen at the bottom of this article).

In total, when the top 13 members of the Royal family’s international travel plans in the last five years were put together, they had flown enough miles “to get them to the moon and back, and then complete three loops of the earth’s equator,” Stratos Jet Charters claims.

Other than this notable statistic (one which, we might add, puts even the world’s most prolific frequent flyers to shame), further findings included:

Joel Thomas, President of Stratos Jet Charters, said of the findings: “It has been fascinating to… find out just how many air miles one of the world’s most famous families have racked up in the last five years. However, it is hardly surprising that the Royals choose to use private jets for their transport, they are extremely useful for utilizing time, and as we know, the royal visits are often very busy with a lot of appointments. Also, private jet hire means that the family can travel safely and securely to their destinations, with anonymity which wouldn’t be possible using regular airlines.”

“At Stratos Jets the past 12 months have definitely been strange for many of our customers. It’s important to remember that by using private jets in the last year as opposed to alternative options, we can be assured that the Royals are recognizing the threat of COVID-19 and taking the necessary precautions when carrying out their noble duties.”

The full Royal Travel Index (via Stratos Jet Charters) can be seen below: