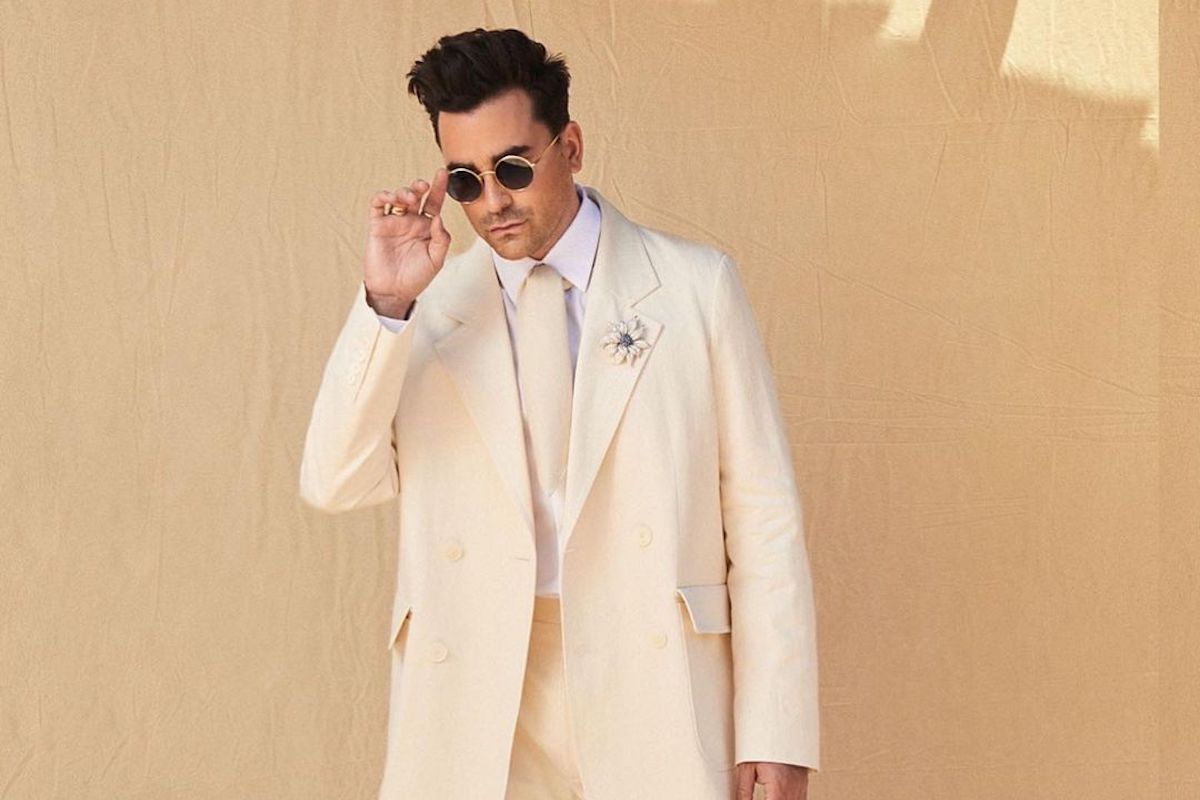 But another name you should be adding to that mental list is Dan Levy. The 37-year-old actor and co-writer of acclaimed comedy Schitt’s Creek hasn’t just broken ground when it comes to the portrayal of LGBT characters in mainstream, modern Western television, but he’s also completely rewritten the rulebook on red carpet style.

Levy unofficially ‘won’ the Emmys last year with his striking yet incredibly dapper Thom Browne suit and skirt combo (one that even the most stuffy gent would have to admit worked a treat), but he’s upped the ante even further with his latest big style statement.

Tuning in from home for the 27th Screen Actors Guild Awards, Levy decided to steal the show yet again: wowing fans with a relaxed double-breasted cream suit ensemble courtesy of The Row, a luxury fashion house founded by the Olsen twins.

Slightly oversized and made out of a light linen, Levy’s summery suit stands in stark contrast (quite literally) to the litany of black tuxes and uninspired blazers that normally litter America’s red carpets.

Levy’s accessories were on point, too. Round sunglasses, lightweight brown loafers, a cravat-esque silk necktie casually tied, a diamond-encrusted edelweiß brooch and a rose gold Cartier Tank Solo watch (ref. W5200026) made him truly look like a million bucks.

RELATED: The Hottest Cartier Watches To Buy In 2021

Dan, along with the rest of the cast of Schitt’s Creek, won the SAG Award for Outstanding Performance by an Ensemble in a Comedy Series, beating out Dead to Me, Ted Lasso, The Flight Attendant and The Great. Dan was also nominated for Outstanding Performance by a Male Actor in a Comedy Series, which was taken home by Jason Sudeikis.