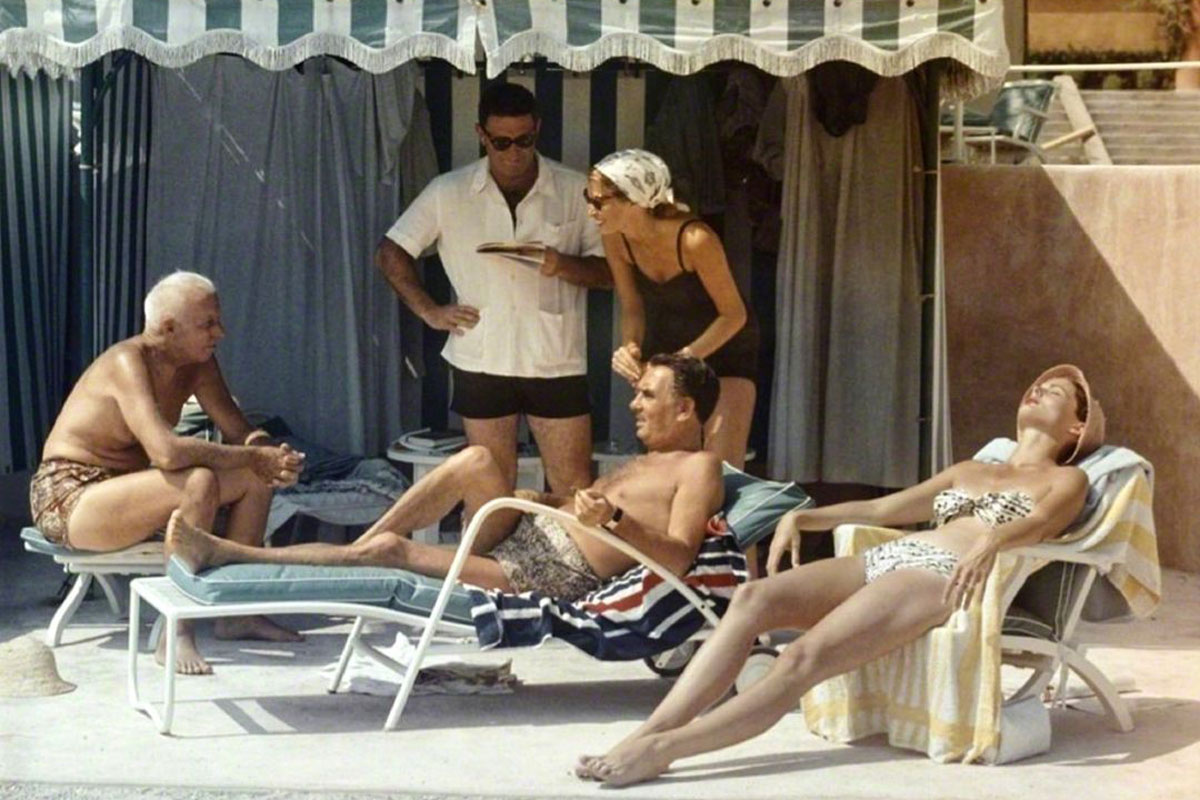 Mykonos in June, The Amalfi Coast in July, The French Riviera in August. Europe’s iconic spots hold a deafening call (for those with the time and money), each and every rotation of the globe.

This spin could be different, however. Thanks to a vaccine passport proposal currently being mulled over by the EU, many young people are outraged that a ‘wildly unfair’ rollout of this system could lead their grandparents to head to Ibiza (or the pub) before them.

A vaccine passport would be unfair on people who simply haven’t been offered one. We’ve been in lockdown to protect the over 50’s now we’re still going to be in lockdown while they go on the piss

Young people arent offered a vaccine yet. So would be left home while elderly and vulnerable people out. Seems freedom would be impacted to me.

Many are still waiting their turn for the vaccine. Talking about a #vaccinepassport is unfair to younger members of our society whether it’s for holidays or the pub!

Europe has had a tough time over the last twelve months. Restrictions were loosened last summer, then a huge spike in Covid cases arrived in autumn/winter with a vengeance.

Now, with summer bearing down on Europe once again, nations face some hard choices. Allow the economy to continue to languish, and stay strict (banking on longer-term gratification), or open things up and risk making everything worse?

There could be a strategy that helps them find a middle ground: vaccine passports.

As CNN Travel recently reported, “For those who want to… vacation amid ongoing Covid restrictions, the key may soon be at hand.”

“While borders are likely to remain closed in coming weeks, the European Union is proposing to roll out a Digital Green Certificate, or vaccine passport that will allow those with the required armfuls of approved anti-Covid pharmaceuticals or antibodies from having had the virus, to travel freely. Negative tests could also be used to qualify.”

This is broader than “immunity passports” – a concept whose scientific and ethical feasibility is currently being studied and debated, and which DMARGE reported on last year.

As the World Health Organisation wrote in April 2020, “Some governments have suggested that the detection of antibodies to the SARS-CoV-2, the virus that causes COVID-19, could serve as the basis for an ‘immunity passport’ or ‘risk-free certificate’ that would enable individuals to travel or to return to work assuming that they are protected against re-infection.”

“There is currently no evidence that people who have recovered from COVID-19 and have antibodies are protected from a second infection.”

Vaccine passports take this to the next level, but include jabs as a key piece of information on your profile.

“This certificate would prove that the holder has been vaccinated against the virus, has received a negative test result, or has recovered from the virus,” CIC News reports.

“It would be available at no cost, and it would be valid in all EU member states. The EU will also be working with the World Health Organization to make sure that the certificate can be accepted outside of Europe.”

If they work, countries like Portugal, Spain and Greece, whose bank balances have been left with huge holes due to the ongoing lack of visitors, will be eager to co-operate.

While the hemmed in tourism industry has naturally started salivating at the idea, which the EU is expected to vote on presently, some worry it could prove unfair.

CIC News also reports that there are also fears on the part of organisations like Canada’s Public Health Agency that vaccinated people can still pose a health risk. The article cited an email from scientists which pointed out that even though: “Scientific evidence is clear that the COVID-19 vaccines approved for use in Canada [to give one example] are highly effective at preventing illness,” it is not known for sure “whether vaccinated individuals can still be asymptomatic and spread the virus.”

There is a more pressing concern than this for the youth of Europe, however – the potential generational unfairness of a vaccine passport scheme. As the BBC reports, there are concerns it could spark social division.

Norbert Hidi, a 24-year-old student from the Hungarian capital Budapest told CNN Travel, “To put it bluntly, it’s not fair.”

“Most of us won’t have been inoculated by the summer so that means we can’t travel or possibly go to bars or restaurants. The older generation have had the vaccines first because they are most at risk, but it shouldn’t mean they have more rights because of it.”

A deluge of Tweets show the is not along in her thinking (especially in Britain, where the idea that you might even need it to go to the pub has people incensed).

Introducing a vaccine passport is wildly unfair on young people, especially considering how much they’ve had to give up for a virus that barely has an effect on them.

▫Restaurants and bars object to proposal due to ‘discrimination’▫ @janekbradley#frontpagestoday #UK #TheScotsman pic.twitter.com/3w02xDsTLy

Other Twitter users took it upon themselves to explain why vaccine passports, once implemented, shouldn’t be that big of a deal…

Are people against vaccine passports for international travel or is it just about domestic stuff?

Because I’ve had to carry proof of a yellow fever vaccination for years in order to travel through most of Africa so this is nothing new.

… as well as to tell the elderly people who some fear may be travelling (or visiting pubs) first that they had better spend a fortune to make up for the privilege.

You probably won’t need a vaccination if you’ve drunk regularly in a couple of the pubs in Camborne. Immune system boosted by every sip of your pint.

The UK, due to Brexit, is in a different, though similar situation to the rest of Europe.

“While the newly Brexited UK won’t be part of the program, the success of its vaccination program could see special travel deals struck with some EU countries that will allow Brits to bypass the need for certification,” CNN Travel reports.

As for those who fear unfairness, the following BBC report may clear up (some) of your rage…

“A government review is considering whether a vaccine passport could allow visitors entry to venues such as theatres, sports stadiums and pubs.”

“Boris Johnson told MPs he is ‘thinking very deeply’ about the matter, and said that it ‘may be down to individual publicans.’”

“But he also said that even if the government decided on a vaccine passport scheme, it might only be possible once everybody had been offered a vaccine. It is hoped all adults will have been offered a first jab by the end of July.”

No final decisions have yet been taken (the BBC wrote 6 days ago) and the review on the use of vaccination passports is expected in April.

“Although foreign holidays are not currently allowed,” the BBC explainer article added, “the role vaccine passports could play in travel is being discussed.”

“If another country says you can’t come in unless you have the jab, then we want Brits to be able to demonstrate that,” Health Secretary Matt Hancock has said, the BBC reported.

As for the latest news on vaccine passports, on March the 26th schengenvisainfo reported, “The Members of the European Parliament have decided to speed up the process of the Digital Green Certificate, often referred to as vaccine passports, approval in order to enable their issuance in time for summer 2021 and at the same time to allow safe and unrestricted movement during the pandemic.”

“The MEPs supported activating the emergency procedure (Rule 163), which would allow faster parliamentary observation and examination of the Commission’s proposal while respecting its democratic privileges, with 468 votes in favour, 203 votes against, and 16 abstentions.”