French watchmaker Bell & Ross has built its entire reputation and aesthetic around building watches that closely mimic the cockpits of aircraft. That design philosophy, naturally, means the vast majority of the company’s watch line-up is targeted at pilots (or at least fans of aviation).

Not only do pilots need to be able to read the time quickly and easily – something Bell & Ross’ dials achieve with aplomb – but being able to just as quickly read the time in a destination or their home time zone is a very welcome addition.

That’s where GMT watches come to the fore. It should be no surprise that Bell & Ross already boast multiple GMT watches in its repertoire, and the latest to be added to the bunch is the BR 03-93 GMT. If that model name seems familiar to keen-eyed fans of the brand, that’s because it already exists: but this new model is a “redesigned, more modern, more functional, more readable” beast. 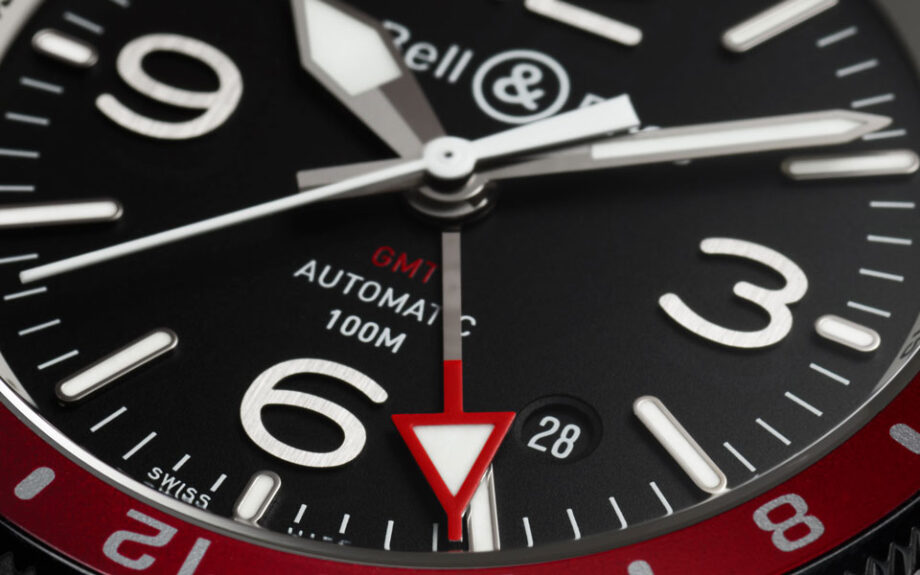 The headline update over its predecessor is the ability to read the time in three separate time-zones, by way of a bi-directional rotating bezel. Bell & Ross already introduced this feature on the BR V2-93 GMT (part of the Vintage series), but this is the first time the complication has been made available on the iconic square-shaped model.

The rotating bezel plays host to a 24-hour scale, which the GMT hand, complete with its red triangle-shaped tip, points to. So far, so GMT. But by rotating the dial, you can then read a third time-zone. Rotating clockwise subtracts hours, and moving it anti-clockwise adds on hours. Prior knowledge of how many hours ahead or behind you need to move the bezel is required, of course, but it’s still a handy feature. 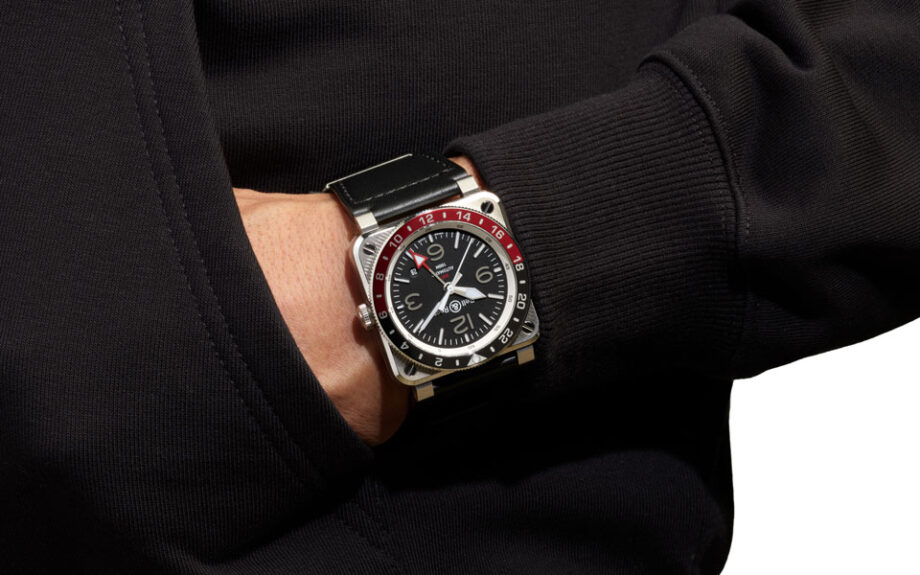 Bell & Ross has also updated the colour scheme. Gone is the all-silver case and bezel, along with the subtle orange accents and in comes a two-tone black and red bezel (similar to the famous Rolex GMT-Master II ‘Coke’) and red-tipped GMT hand. The red portion of the bezel signals daytime, while black unsurprisingly represents night.

Available on a black leather strap and with a black canvas strap included, the Bell & Ross BR 03-93 GMT can now be yours for 5,500 AUD – less than the cost of a business class ticket and much more enjoyable, too.