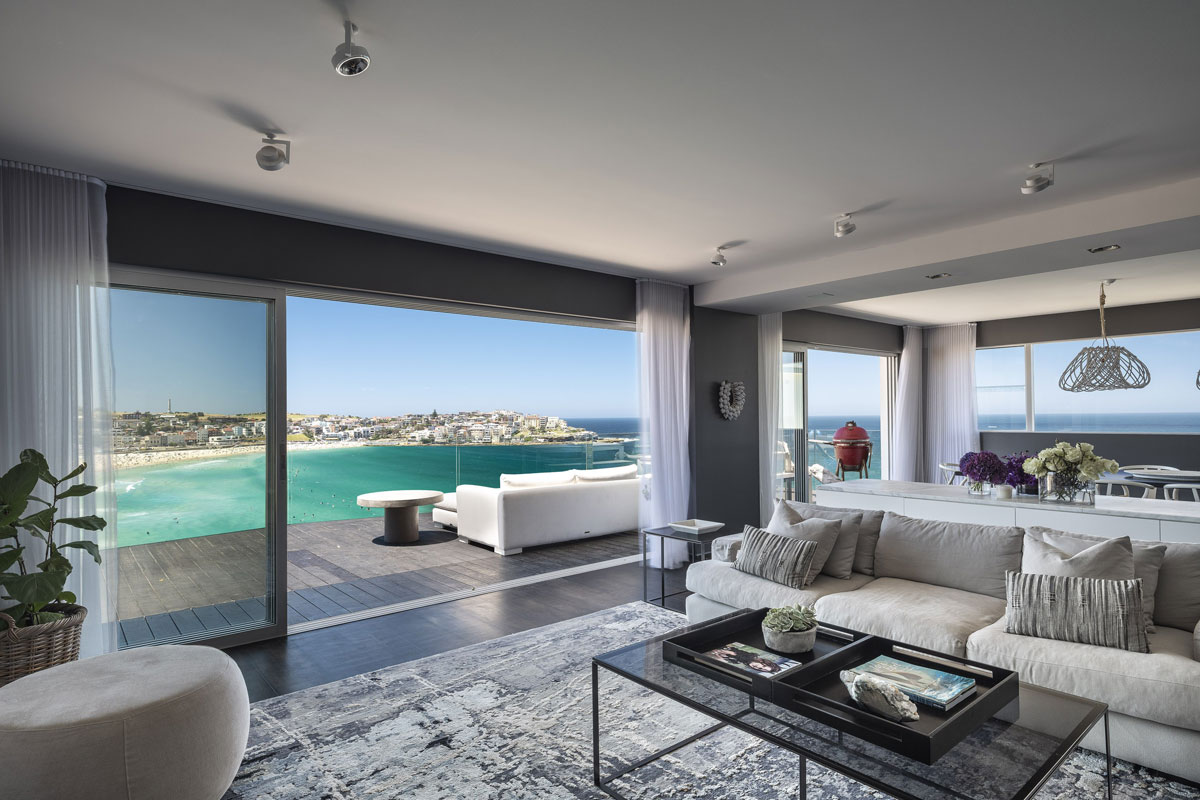 Australia’s crazy expensive properties are the object of much spite. But as much as those who can’t afford them (read: us) throw barbs from our rented houses (characterising it all as a ridiculous bubble and hoping it pops), it seems determined, for now, to continue blazing into the sky.

Speaking of astronomic pricing, the most expensive apartment ever auctioned in Australia sold last weekend for $20 million dollars.

Situated in Notts Avenue, perched above the iconic Bondi Icebergs (with three car spots to boot) the place has doubled in price in about 5 years (it was previously sold for 9.8 million).

Though it is something of an outlier (we’re not all out there chucking $20 million at things)… This sale symbolises much of Australia’s attitude to property right now: money is cheap.

What does this mean? People have realised money in the bank is providing piddly returns and interest rates are very low. This is leading to the growing epiphany: if you’re not getting in on the stock or housing market you’re missing out.

There are some dangers lurking behind this mindset though (beyond the usual ones of investing or buying houses unwisely). Going overboard with this ‘money is cheap’ philosophy could lead to people over-leveraging themselves to buy properties they can’t afford, which could have ramifications down the track (both for individuals and the economy).

News.com.au reported last week that “Australian house prices are forecast to see their sharpest rise since the 1980s.”

However, according to AMP Capital chief economist Shane Oliver, this might not be great. Oliver told the ABC last year we’re living in a “super cycle of debt,” comparing the early 1990s recession with now, showing how our level of household debt has increased over the last thirty years.

“During the early 1990s recession, the level of household debt in Australia was around 40 per cent of income, whereas now it is close to 200 per cent — one of the highest levels in the world,” (ABC).

“Each time there’s a downturn people get worried about debt and pay some of it back, but before things go too far [into the positive], the Reserve Bank cuts rates and people start borrowing again — we go back to a new level of debt and it starts the cycle again.”

Digital Finance Analytics (DFA) principal Martin North told the ABC a lack of migration and lower population growth are two factors that could trigger the bubble to pop.

He also said selling pressure will come “from mortgage stress plus investors seeking to exit.”

What will determine prices then, is an arm wrestle between all these factors and the government stimuli introduced to offset them (and, to a degree, Australia’s ‘must buy’ housing culture).

ANZ has predicted the latter will win in 2021, last year forecasting house prices will rise 9%.

Only time (and for sale signs) will tell for how long the growth will last.

As for what the big-hitting Eastern Suburbs sales like the record-breaking one mentioned above will do to the market, one real estate agent has told DMARGE they should be seen more as one-offs, rather than something that will necessarily stimulate an increase in average prices.

In fact, it could even lead to fewer sales happening, due to vendors’ expectations being raised.

“It’s resetting the expectation for people to spend up and to set a tone which is great and exciting but also potentially scary as well because everyone might think their place is worth 21/20 million now – it’s a double-edged sword.”

The real estate agent also told us: “There’s a lot of money in that tech space coming into the market now and they are willing to spend up and buy once in a lifetime opportunities.”

“That’s why we’re seeing a huge intake in these double-digit sales taking place.”

“It’s relatively affordable to pay off 5 million dollars in interest. It only costs you roughly $100,000 dollars right now.”

What does this mean for you, practically, as a buyer?

DMARGE spoke to Edward Brown, director at Australia’s leading real estate provider Belle Property about this very topic last year. Brown was of the belief that there’s no reason not to buy in this climate – so long as you don’t over-leverage yourself.

“If you need to move, move. The housing crisis is only going to be caused if everyone sits back and does nothing.”

“So your rent and your mortgage on principal interest is about the same, potentially, if you’ve got the deposit to pay it now. Everybody focuses on property in the short term element – but what’s the long term?”

“I’m very much of the view at the moment that you want to be in and owning your own home if you can afford to.”

Another aspect to consider, when it comes to Sydney, is that, unlike New York and London, which are bigger, Sydney has a smaller number (read: a more limited supply) of ‘goldilocks suburbs’ which give residents the best of both worlds (access to city and the ultimate in lifestyle).

“It’s all about demand and supply – that have pushed prices to where they are today – they’ve seen a good appreciation in the value of homes over a long period of time.”

So even though $20 million for an apartment sounds crazy, it could be more sane than you think.

The history-making $20 million Notts Avenue apartment sale mentioned at the beginning of this piece (which equates to roughly $83,000 dollars a square metre internally) illustrates this perfectly (if absurdly).

Though $83,000 per square metre sounds outlandish, given the limited supply of apartments like this, it could prove a wise investment (key word being could).

20 million well spent? You be the judge.