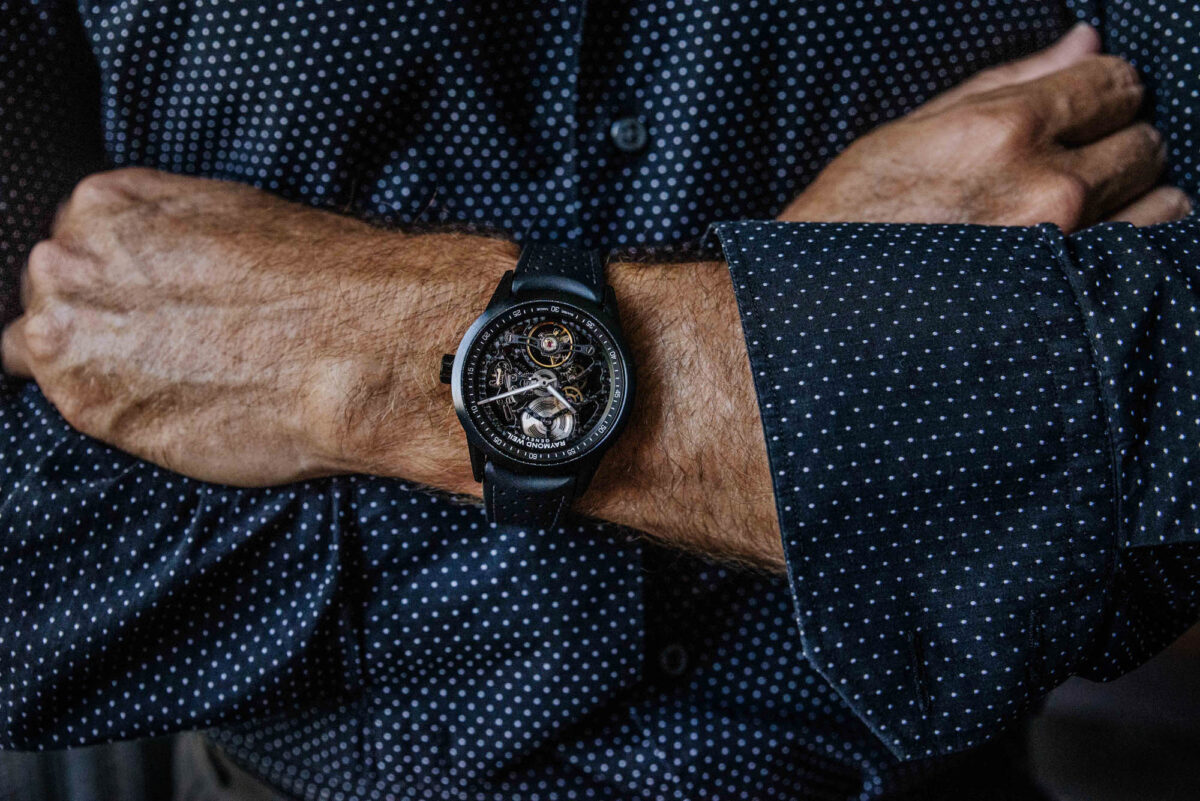 This feature has been produced in partnership with RAYMOND WEIL.

RAYMOND WEIL is one of those rare beasts of the luxury watch world: an independent brand.

It’s surprising to see how far the brand has come since its humble beginnings in 1976, too, its namesake founder initially selling his pieces from a foldout bridge table in a stall in Geneva. 45 years later, the brand has secured its name as one of the most successful watch brands in Switzerland, while remaining family-owned.

RAYMOND WEIL’s vision from the start was to make the highest-quality Swiss watches possible, at the most competitive price point possible. ‘Affordable luxury’ is a term that’s thrown around a lot these days but there’s no watch brand that better encompasses that than RAYMOND WEIL.

But RAYMOND WEIL’s latest watch also proves there’s another term that ought to be attached to the brand – exciting. Because that’s precisely what the new Freelancer Calibre RW1212 Skeleton (ref. 2785-BKR-20000) is.

Skeletonised movements are one of the hallmarks of haute horlogerie. Visually dramatic and weight-saving, they require an enormous degree of precision manufacturing to pull off.

RW has experimented with skeletonised movements before but this new model is unique in that it uses an in-house movement – indeed, it’s RW’s very first in-house movement, a landmark for the brand.