We’re three months into 2021 and international travel almost seems like a long-forgotten dream.

But we’re a plucky bunch: overseas holidays may have been off the cars but we’ve quickly replaced vacations with ‘staycations’, with Aussies turning to local or regional trips to fill that travel void. It’s also meant that we’ve been buying cars in record numbers: the used car market is absolutely on fire, and dealerships have been rather short on new stock.

Campervans (or vans one can convert into a campervan) have seen a huge amount of speculation, but as these months have worn on, another type of car has started to emerge in popularity: 4x4s. Which makes sense – campervans can only go so far off the beaten track. Four-wheel-drive SUVs and utes are also the perfect vehicles to tow boats, campers and trailers.

But there’s one car in particular that’s seeing its prices go through the roof: the humble Toyota Land Cruiser. The iconic SUV – long one of the most popular cars Down Under and a tough-as-nails off-roader – has suddenly become remarkably unaffordable, with both new, barely-new and used models all experiencing extreme speculation.

They’re legendarily reliable and parts can be found for them anywhere – not that you’re likely to need a bunch. There’s plenty of support for modifications, too. On the other end of the spectrum, older models such as the classic FJ ooze charm and cost less than comparable vintage 4x4s – although that might be changing.

It’s not just the demand for road trip rigs that’s causing the spike in prices either.

“Land Cruiser prices have also soared due to Australians scrambling to secure what could be the last available examples of the diesel V8-powered four-wheel drive,” The Sydney Morning Herald relates:

“In production since 2007, the current model LandCruiser 200 Series is due to be replaced by an all-new model by the end of the year and speculation is rife that the LandCruiser’s powerful diesel V8 engine will be replaced by a smaller, more efficient V6 engine.”

“Those rumours have contributed to the sharp price rise for both near-new and older LandCruiser models, which has also driven up the price of V6 models.” 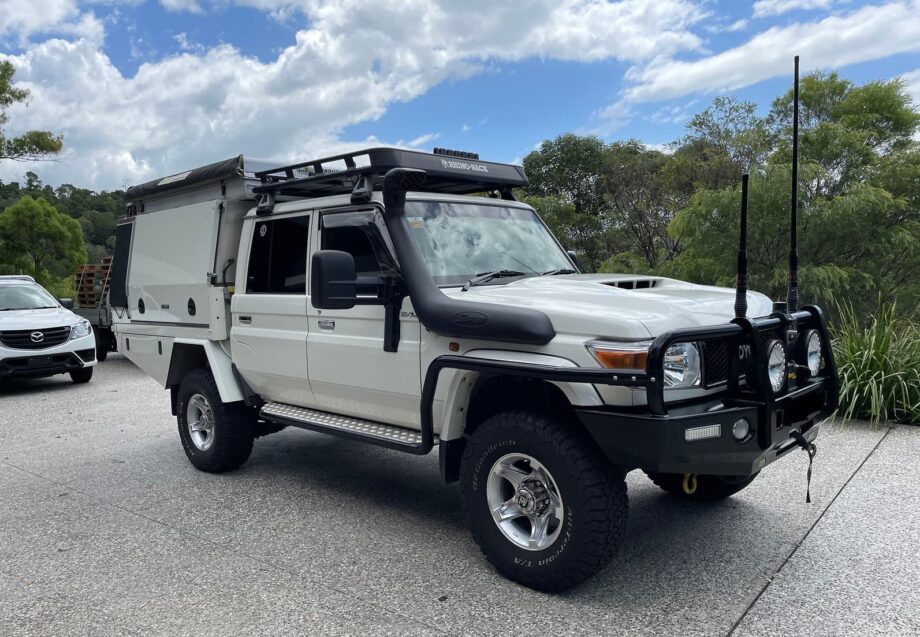 Another, perhaps less glamorous reason that Land Cruisers are being snapped up is that historically speaking Toyota resists depreciation much better than most other car brands.

With the market the way it is, you could get away with buying a Land Cruiser, driving it for a few months, and then pass it on once international borders open back up – and still make most of your money back. Don’t hate the player, hate the game…

RELATED: Car Brands Australians Should Buy If They Want To Minimise Depreciation, According To Auto Experts

At the end of the day, perhaps it’s not that surprising that Aussies are lusting after the Land Cruiser. The Suzuki Jimny – a much smaller but similarly tough and capable Japanese 4×4 – has already seen its prices reach silly levels over the last twelve months.

The real question is this: who’s next? The Mitsubishi Pajero? The Nissan Patrol? Maybe even the Daihatsu Terios. After months of craziness, stranger things could happen.