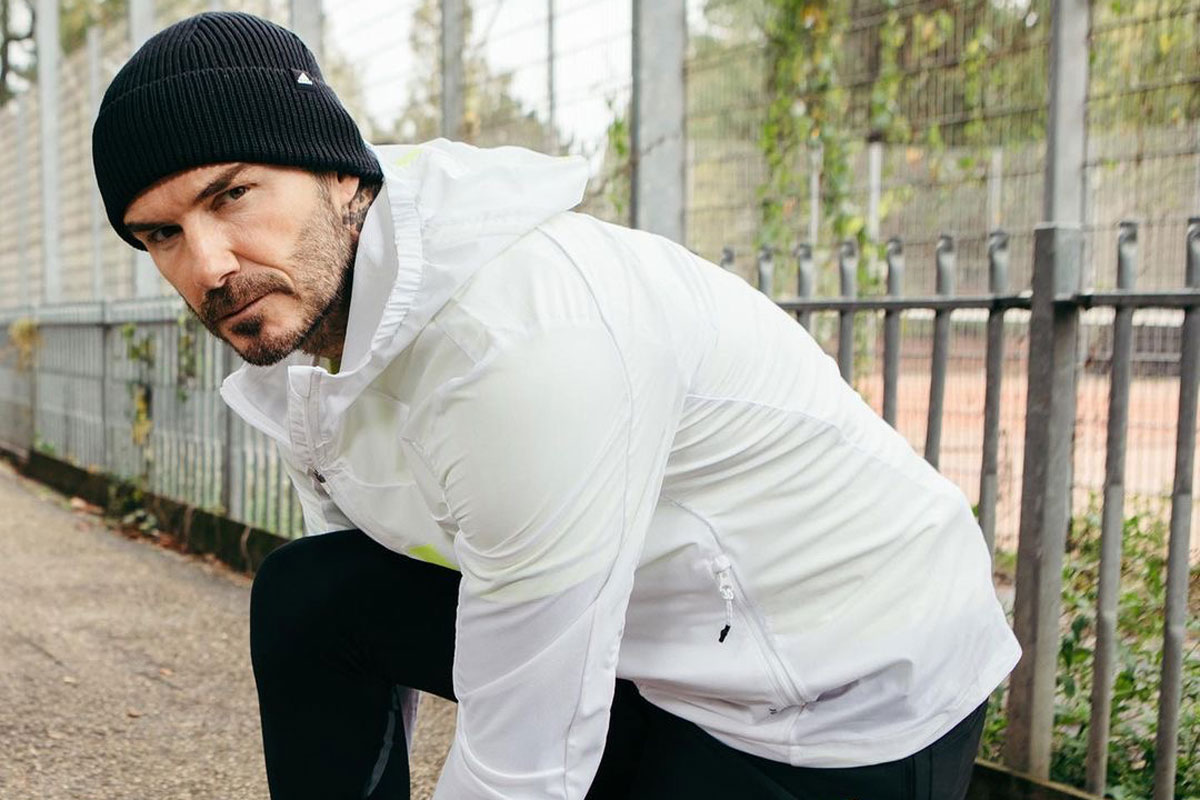 When we’re not lauding David Beckham for his impeccable taste in watches, his ever-changing yet always on-trend hairstyles or his consistently inspirational style, we also like to turn to him for fitness inspiration. At 45 years young, he’s by no means old, but the general consensus suggests our fitness can take a dive following each full rotation of the sun.

RELATED: David Beckham Shares ‘Finisher’ Exercise That Keeps The Dad Bod Away… Even At 45

Becks seems to defy that logic, and his latest Instagram post provides yet more evidence as to how he fights the signs of ageing. His latest workout of choice? Ab rolling.

The humble ab roller – a regular on TV shopping channels – can often be seen as a piece of exercise equipment that sends shivers down the spines of even the fittest athletes, as it requires incredible core strength to be able to perform effectively. David Beckham proves he has such core strength in spades, as he’s able to roll out to such a length that his abs are practically touching the floor. We can’t stress enough how difficult this is.

Ab rollouts are the ultimate exercise to boost your core strength, as they encourage your abdominal muscles to work extra hard to prevent your back from over-arching/extending. The difficulty predominantly lies in returning to the starting position. Rolling out as far as you can should prove relatively simple for even the most amateur of fitness fiend, but holding the end position, and activating your abs to help push your body back up to the start is where the men are separated from the boys.

Core strength is more than just having a head-turning six pack, it actually has myriad benefits, even beyond sport. As the Mayo Clinic says, “Strong core muscles make it easier to do many activities, such as swing a golf club, get a glass from the top shelf and bend down to tie your shoes.”

If you’re unable to perform a plank or complete 10 sit-ups, there are some more basic core exercises you can perform, such as the bridge position stretch. The Mayo Clinic adds, “Lie on your back with your knees bent. Keep your back in a neutral position, not arched and not pressed into the floor.”

“Avoid tilting your hips. Tighten your abdominal muscles. Raise your hips off the floor until your hips are aligned with your knees and shoulders. Hold the position for as long as you can without breaking your form.”

Stretching shouldn’t be overlooked either, and as we’ve proclaimed before, can be vital in helping you make serious gains. Becks is an advocate of stretching too, previously taking to Instagram to show himself performing a couch-style stretch (without the couch). The couch stretch is great for activating the hip flexors and for stretching the quads and hamstrings, so while maybe not entirely vital for ab rolling, is still a great pre-workout move.

Stretching before a workout helps to prime the muscles, so that they’re in the best state possible to undergo the pressure asserted on them during a workout, but also so that they have the greatest potential of becoming bigger.

Beckham’s personal trainer, Bobby Rich, commented on the video, “My man! Excellent form,” so it’s safe to say you can use David’s video as a training guide if you wish to attempt ab rollouts yourself.

Admittedly, Becks’ ab workout pales in comparison to the one performed by Salt Bae, but the Turkish butcher is in a league of his own when it comes to insane fitness.

For us mere mortals, ab rollouts could be your ticket to a shredded six pack… just make sure you drop the body fat too (if that’s your goal).