If we don’t want to go to hell in a leathery handbasket, we need to look after our skin. No one knows this better than our mates over at Skin Check Champions, an Australian charity whose aim is to win the race against skin cancer through early detection.

Skin Check Champions (formerly known as Beard Season) have been fighting the good fight for many years now. Jimmy Niggles, ambassador and CEO, founded the movement in 2010 after his mate, Wes Bonny, died from a melanoma. Since then the challenge has grown into a global movement.

As Jimmy says, “We now have ambassadors in over 24 countries, (have) amassed a community of over 80,000 people and (have) gained millions in earned media.”

“But by far our proudest achievement is that we now potentially save a life a week.”

Testimony to Jimmy’s hard work is the number of Australian men who have jumped on board (from Chris Hemsworth to Hamish Blake to – hopefully – your neighbours and mates). Even Richard Branson has got involved.

RELATED: I Tried Chris Hemsworth’s ‘Isolation Beard’ & It Was A Complete Disaster

On that note: a positive sign recently came to Skin Check Champions in the form of a private message, which they posted to Instagram last week.

“Was talking to my neighbours yesterday and they said they wanted to book in for a skin check. Called the same place I go to – Garden’s skin cancer clinic… booked out until August. Five full time doctors and they’re booked out that far in advance.”

Skin Check Champions posted this message, captioning the post, “This is why you need to sign: change.org/projectcheckmate,” – a petition which advocates for Australia to have a targeted national skin check program.

Australian men, in particular, have been encouraged over the summer of 2020/2021 to get over the lingering 1950s ‘slop shaming’ mentality, and not be shy about getting ‘hands on’ with their mates’ backs – and to remind them to get a check, too. 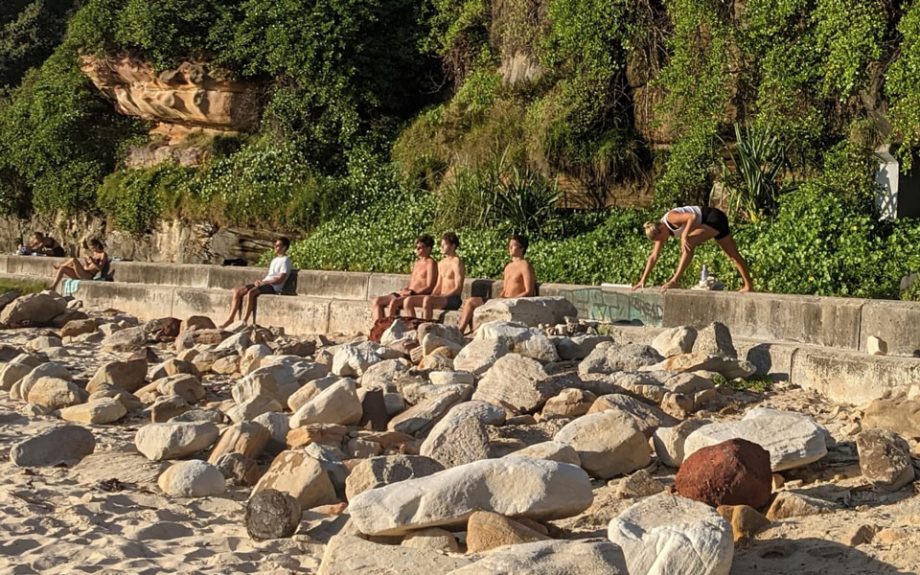 With any luck, the message will continue to spread thanks to legends like those over at Skin Check Champions, and Australians who hear the message and get involved.