Collaborations between car brands and watch manufacturers are nothing new. This year alone has seen TAG Heuer collaborate with Porsche (finally), Richard Mille launch a multi-year partnership with Ferrari and Girard-Perregaux jump into bed with Aston Martin.

But in their characteristically iconoclastic way, Bremont’s done something a little different – unveiling a collaboration with Jaguar that celebrates one of the British marque’s most influential cars from years past; one that even old man Enzo Ferrari described as “the most beautiful car ever made”.

Of course, we’re talking about the Jaguar E-Type. First unveiled at the Geneva Motor Show in 1961, the iconic two-seater instantly won hearts thanks to its bubbly, sleek design and impressive performance chops: not only was it a looker, but its 265hp, 3.8L straight-six engine gave it a top speed of over 150mph (all with a price tag of just half an Aston Martin or a Ferrari).

It wouldn’t be much of an overstatement to say that it’s probably the best car Britain ever produced. 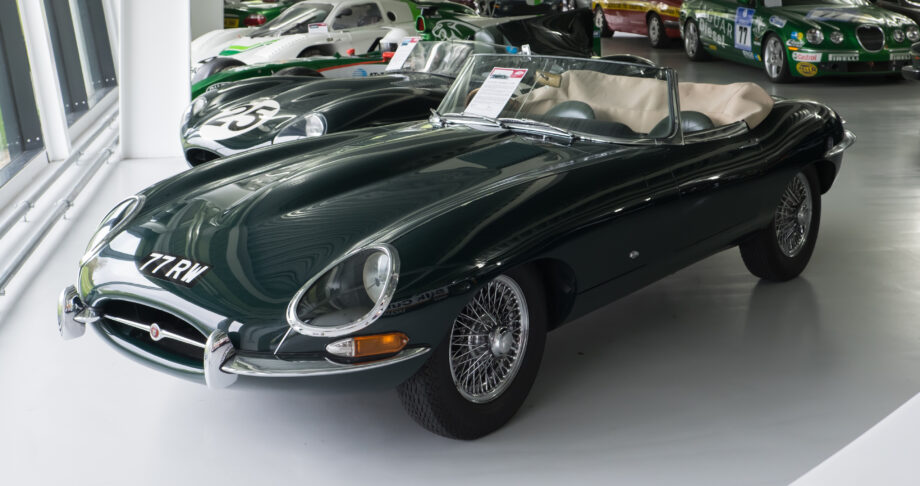 You could make the same argument for Bremont’s watches. Founded in 2002 with the lofty goal of re-establishing the great British tradition of luxury watchmaking, Bremont has quickly become one of the most exciting and in-demand watch brands on the market; more than living up to its mission. In that sense, it’s a perfect partnership.

Enter the Bremont Jaguar E-Type 60th Anniversary Collection: a fitting tribute to the best of British design whilst being a design triumph in its own right.

Only available as an exclusive, limited-edition box set, this collection is designed with the ultimate E-Type fan in mind. Each set includes one of the two different coloured bezel chronographs as well as Bremont’s first-ever rally timer.

The stunning 43mm chronograph draws direct inspiration from the E-Type itself, and comes in two tongue-in-cheek colourways: ‘Flat Out Grey’ and ‘Drop Everything Green’. A classically handsome watch, it’s chock-full of clever little nods to the classic 60s motor. 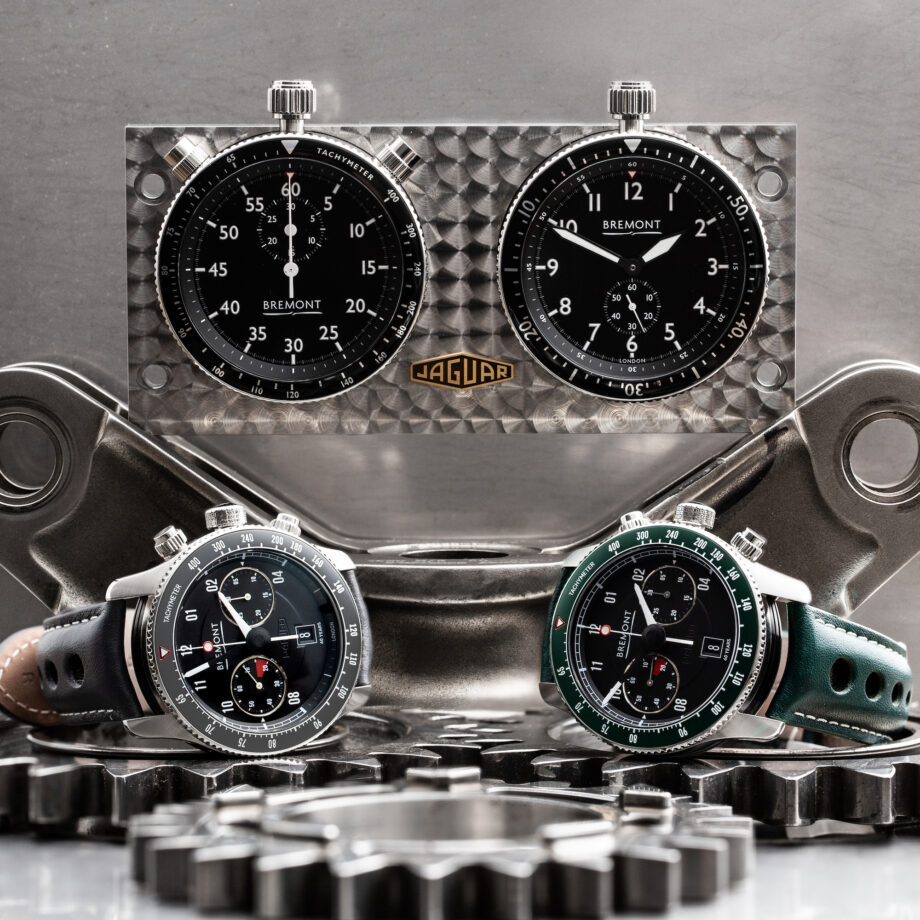 The collection in full: the two watches as well as the rally clock.

The watches feature a black dial inspired by the E-type’s instrument gauges; the chamfered hour and minute hands replicate the car’s tachometer needle; its lugs and winding crown are engraved with a pattern emulating the period-correct Dunlop racing tyres fitted to the car; even the automatic movement’s rotor is a miniaturisation of an alloy-spoked E-type steering wheel.

Like the E-Type, it’s not all looks, either: water-resistant to 200m, chronometer-rated with a 38-hour power reserve, it’s a capable timepiece that’ll keep up with even the most speed-hungry motorists (or demanding desk jockeys). The 60s-esque racing-style leather strap is another great touch.

Furthermore, every box set comes with a rather special unique driving experience hosted by Jaguar Classic: all 120 privileged customers will get the chance to take the wheel of 3 iconic E-types and put them through their paces at Jaguar’s Fen End facility. That’s certainly something to look forward to once international travel opens back up…

Retailing for 12,995 GBP (~23,260 AUD), the Bremont Jaguar E-Type 60th Anniversary Collection is, all things considered, remarkably good value. A nice watch, an awesome rally clock and a once-in-a-lifetime E-Type experience? That’s something that sure to get your motor humming.

Discover more about this unique watch (and unique opportunity) here.