Few artists have had Post Malone’s meteoric rise to fame.

The boozy, vibrato-voiced rapper/singer/songwriter is easily one of the most popular musicians in the world. But it wasn’t always this way: after years grinding as a struggling country/grunge artist, the 25-year-old rapper/singer/songwriter (real name Austin Post) only found mainstream success when he transitioned to hip-hop, making it big in 2015 with his single White Iverson.

Since then, Post’s leant more and more into the rapper lifestyle – and that has meant getting plenty of tattoos. Post’s got more than most, too, the now multi-platinum-selling musician boasting one of the most impressive collections of ink in the business. It’s become an essential part of his aesthetic… Which makes it all the more striking to look back on how he looked only a few years ago.

Take these two photos of Post taken less than four years apart, which show just how much tattoos can transform the way someone looks. Talk about a throwback… 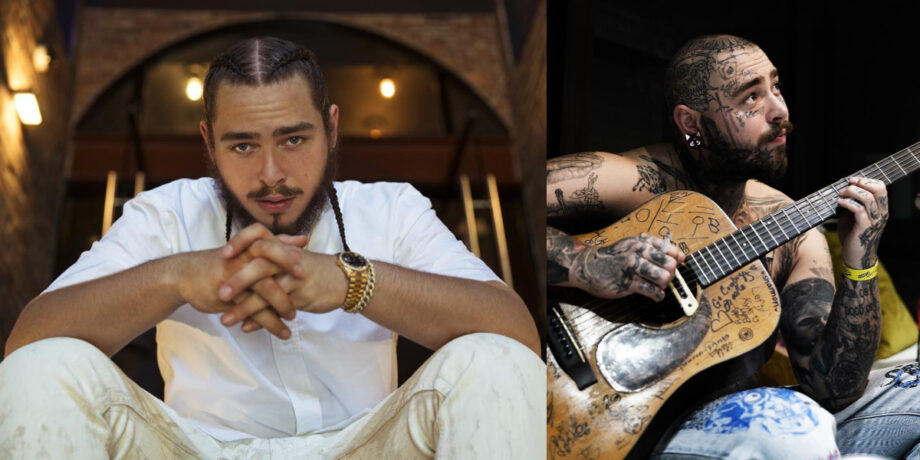 L: Post Malone in 2016, before his tattoo addiction took hold. R: Post in 2020, shirtless and showing off his impressive collection of ink. Images: @postmalone

While some would argue that he looks a lot better without the tattoos, one thing we can all agree on is that it’s good he lost that Nipsey Hussle-esque haircut that he used to rock back in 2016. In recent years he’s favoured a buzzcut or a Caesar cut, which suits him much better.

RELATED: I Got Brad Pitt’s ‘Fight Club’ Haircut & Now I Deeply Regret It

It also serves to remind us how much his watch game’s improved, too. While that gold Rolex Datejust he had in 2016 is hardly a cheap watch, it pales in comparison to some of the flashy timepieces Post’s since picked up, such as this million-dollar Richard Mille RM27-01 Tourbillon ‘Rafael Nadal’ he picked up last year.

Beyond selling millions of records and picking up almost as many tattoos, Post’s 2020 saw him flex his entrepreneurial chops: not only has he launched his own rosé brand, the surprisingly successful Maison No. 9, but he’s also branched out into selling PPE and hand sanitiser as well as launching a number of collaborative Crocs models.

Apparently, he’s got an album in the works that we’re likely to see this year, too. We’ll keep you posted on that front. (Get it?)