Anyone who’s ever set foot in the Land Down Under will tell you that Australia’s not a cheap country to visit or live in.

We might have a fantastic quality of life (and relevant to the last twelve months, have fared very well when it comes to The Spicy Cough) but it all comes at a price: a high cost of living, insane property market and the so-called ‘Australia Tax’ making this sunburnt country a very expensive one, too.

But money isn’t everything, right? Well, it turns out you can actually put a dollar figure on happiness. Researchers at Purdue University in the United States have come up with a metric called ‘income satiation’ – basically, the point at which you have enough money to be happy.

Money and business blog Expensivity has gone one step further: using Purdue’s research as a starting point, they’ve come up with what they call a ‘happiness premium’ for every country in the world using purchasing power ratios sourced from the World Bank and comparing that with local cost of living data.

The result is something many of us have known instinctively for a long time: that Australia is the most expensive country in the world to be happy. Expensivity calculates Australia’s happiness premium as 135,321 USD (~174,970 AUD) – almost 20 times more than the least expensive country in the world, Suriname. (The global average is $85,000, by the way.) 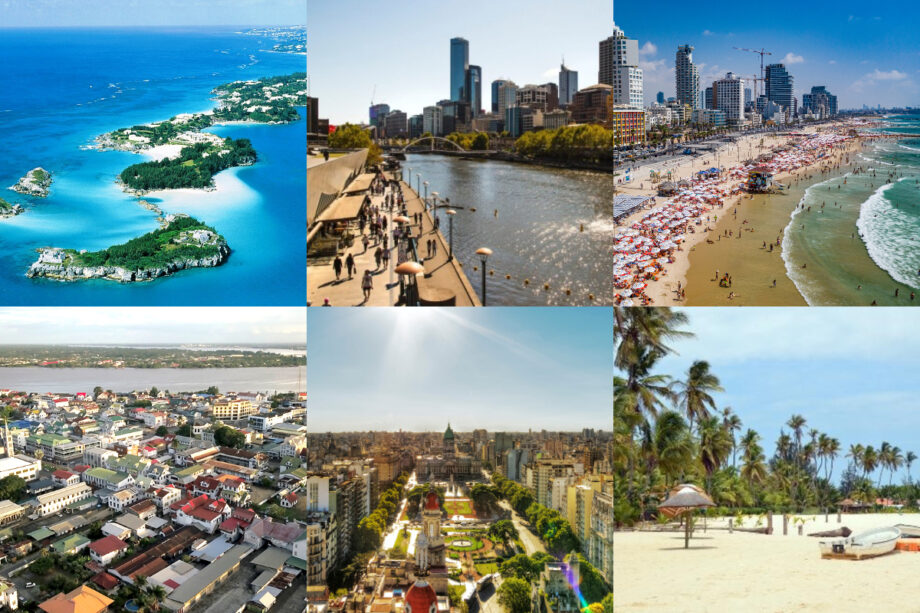 Technically, Bermuda has a higher happiness premium ($143,933, $8,612 more than Australia) but as a British Overseas Territory and not a sovereign state in its own right, it’s a slightly trickier comparison. Israel sits at #3, with a happiness premium of $130,457.

Interestingly, it’s two South American and one African country that makes up the three lowest prices of happiness – Suriname ($6,799), Argentina ($8,778) and Angola ($8,921) respectively.

RELATED: Argentina’s Millionaire-Targeting Tax Hike Other Countries Don’t Have The Balls To Copy

Of course, it’s very difficult to objectively quantify happiness. Is putting a dollar figure on human satisfaction somewhat reductive? As they say, the best things in life are free… Although we wouldn’t say no to some extra scratch. Have you seen how expensive cars are in Sydney?