While many travel trends fell of a cliff last year, one flew on in scintillating style: poor passenger behaviour at 40,000ft. These spats appear to be carrying over in 2021, with maskless tourists on a domestic Indonesian flight recently coming under fire on social media for an alleged violation of COVID-19 protocol.

As Asia based news and lifestyle outlet Coconuts reports, “The issue of privilege resurfaced on Indonesian Twitter over the weekend, after one user showed a photo of foreigners not wearing masks when boarding a Citilink flight.”

The flight took them from Bali capital Denpasar to Labuan Bajo (Komodo Island).

The Tweet claimed the airline hostesses did not say anything to the passengers, despite the apparent violation of health and safety protocols.

“Once again flying from Bali, once again foreigners are free and allowed to enter the plane without masks, the flight attendants are silent and do not say anything to them,” user Kelli Swazey, who is also a foreign national, and whose Twitter bio describes her as “an anthropologist navigating the Eremocene,” posted on Saturday morning. 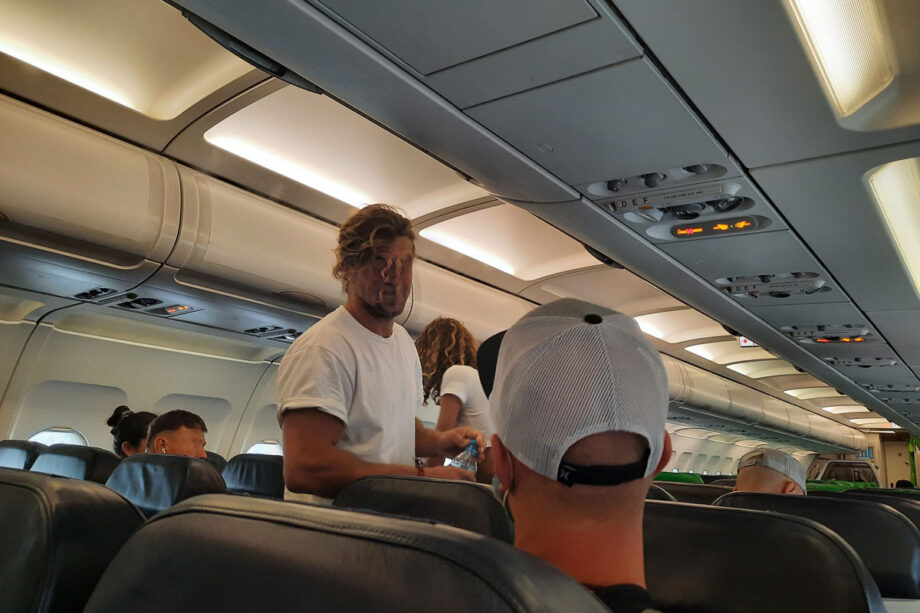 “The plane is only half full, passengers are forced to sit together in the back row without social distancing, the seats in front remain empty,” she added.

“Allow us to apologize profusely for the inconvenience you experienced, please be willing to be able to send your flight details via DM so that we can immediately forward this to the related unit. thank you,” Citilink Indonesia replied publicly on Twitter.

The airline has in the meantime put out a statement that said the flight crew of that particular flight, QG 634 headed to Labuan Bajo from Denpasar, did personally reprimand the passengers without masks.

“After they were reprimanded, the passengers who did not use masks put them back on again,” said Resty Kusandarina, a spokeswoman from Citilink, adding that the mask requirement during the flight was also announced in both English and Indonesian and that the airline enforces strict health protocols throughout its entire operation.

Perhaps Indonesia might need to take inspiration from the US, which recently cracked down hard on mask averse passengers, after cabin crew were reportedly sick and tired of “playing babysitter for adults.”

At the time of writing, the Tweet has 7,073 retweets and 18.9K likes. Many Twitter users have also jumped on the thread to express their concern about mask rule breakers. As Coconuts reports, officials have previously complained, “foreigners make up the majority of mask rule violators in Bali’s Badung regency.”

RELATED: ‘Let The Envy Wash Over You’: The Truth About Working Remotely From Bali Right Now

“Across the province,” according to Coconuts, “particularly in places popular among foreigners such as Ubud and Canggu, foreigners without masks are a pretty common sight.”

“Many restaurants, cafés, and clubs have also gotten flak for failing to maintain health protocols, with the leniency appearing to have been disproportionately granted for non-Indonesians.”

In other news, Bali has begun designating COVID-19 ‘green zones’ (PerthNow) and has also begun going back to ‘old ways of living’ after realising its economy is addicted to tourism (ABC).